Whether or not you listened to the band’s 2006 full length (and exceptional) debut, Carnavas, is not important. Odds are you’ve probably heard “Lazy Eye” a hundred or so times by now, especially if you’re a college student and have ever visited a gym that plays MTVu on rotation. Regardless of where you stand, the Silversun Pickups have at one time or another…touched you. That might seem raunchy, dirty, and unkempt, but that summarizes the band’s relationship to distortion.

Three years later, they’re back–or, at least with a new record. Titled Swoon, the Los Angeles quartet is currently in the studio finishing the last details of their follow up record, all in preparation for its April 14th debut. So, what can we expect? How about a little of the same? Nothing wrong with that. Here’s what drummer Christopher Guanlao had to write about in the band’s MySpace blog: 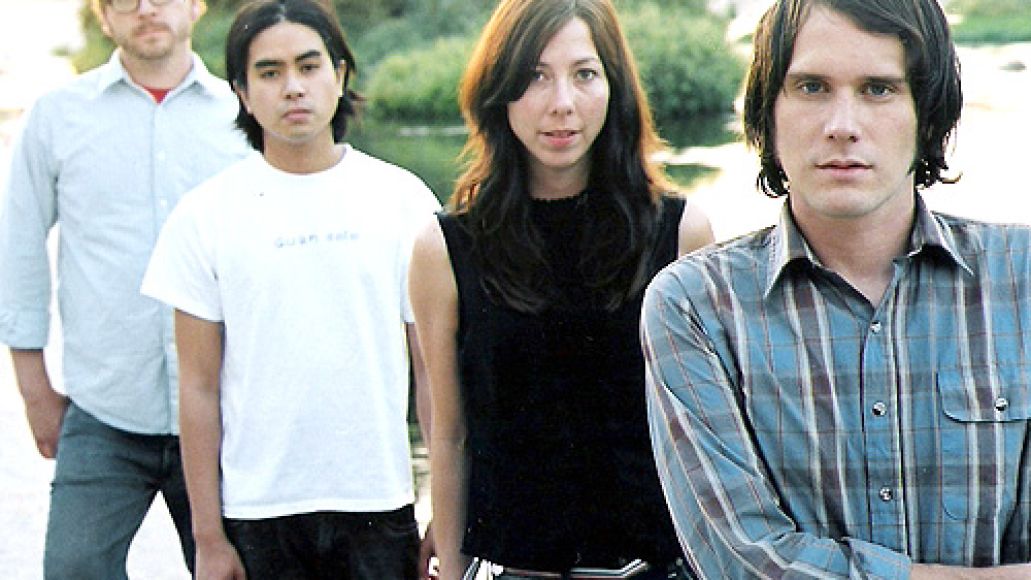 in the making of our second full length album, we’ve been lucky enough to work with a lot of the same talented people that helped us out in carnavas.  darren waterston is one of them, and he is the shit.  he was instrumental in giving carnavas a visual to our sound, and not to mention he has become a dear friend to us.  since we’re on the topic of artwork, also returning is the very creative graphic designer sara cumings.  she’s the one that gives our name some class.  because of her, fonts will never be the same to us again.  with their combined artistry, we’re confident that swoon, like carnavas, will be a breath of fresh air in the dying art form of album artwork.

Some might scoff at the same ol’, same ol’, but that’s ridiculous. If something works, why screw with it? Most bands miss the mark on the second hurdle by itching around left field (e.g. The Killers), so it’s actually kind of nice to know that the band’s keeping it, what do they call it, “real”. Even so, it’s not like things we’re being fed second helpings either, at least if Guanlao’s concerns for an upcoming tour have anything to add:

as for us, we’re hard at work wrapping our heads around the idea of playing these new songs live.  we’re not quite sure yet how many smoke machines and fun house mirrors we need to make it possible, but maybe if we take our time and plug everything in correctly, we may be able to make it happen.  i guess we’ll find out at the upcoming U.S. music festivals later this year.  you and me both.

Hmm, they may be with familiar faces, but these songs hint that we’re in for a pleasant surprise. Can’t wait? Neither can we, and rest assured we’ll keep you updated as details leak, and the eventual single surfaces.

April, oh where art thou?

Silversun Pickups ready to Swoon us...