Thanks to three EPs and their stunningly pleasant debut effort, In the Attic of the Universe, The Antlers have quickly moved up the echelon of Brooklyn’s hot young acts. On March 3rd, the trio will look to continue this success in the only way a bunch of up-and-comers from the musical borough of the world know best: by unleashing a collection of recordings devoted to their current home in proper do-it-yourself fashion.

Hospice is the result of frontman Peter Silberman’s two year attempt to explain his move to New York and the resulting self-seclusion that followed soon after. The album has been described as lyrically dark, 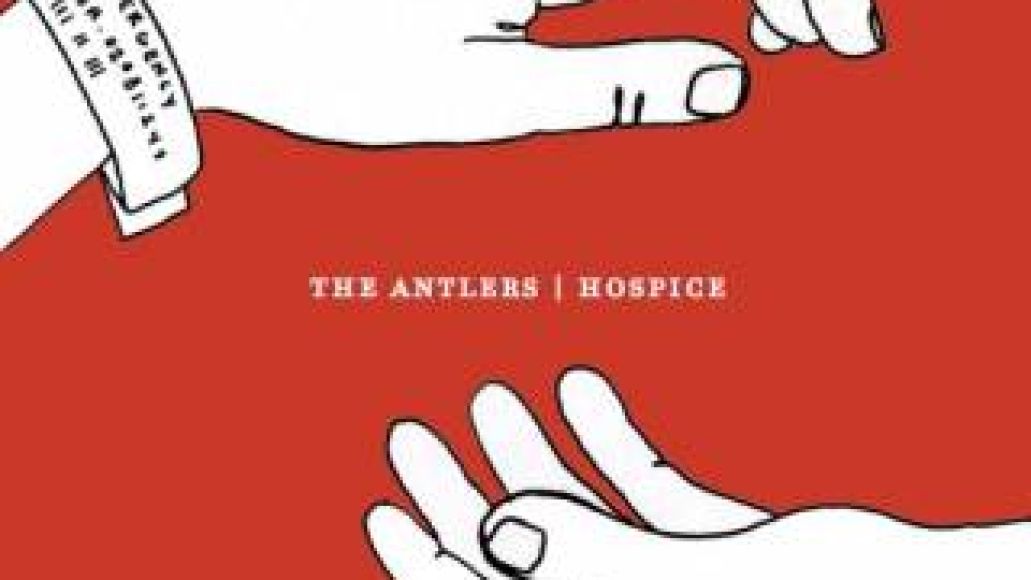 sonically expansive and heavy in themes of dysfunction and isolation, all the while conveying an underlying “reminder never to lose oneself again.” Whoa, who ever thought Brooklyn could be so depressing?

Being such the personal affair that The Antler’s second full-length effort appears to be, it’s only appropriate that the album will be self-released by the band as a limited edition CD, as well as an online download. However, that’s not to say Hospice won’t be musically jam packed; Silberman gathered Darby Cicci (trumpet, bowed banjo) and Michael Lerner (drums) from his live band and a slew of other musicians to lend their talents on the 10-track album.

Hospice will be headed by its first two singles, “Two” and “Bear”, which you can check out below…