Flight of the Conchords isn’t the only New Zealand band on the block. No, you’re forgetting about Cambridge’s own, The Datsuns. While they made a big splash years ago with their 2002 self-titled debut, they’ve been churning out critically acclaimed work since then, though mostly to folks in the UK and Australia. Fortunately for those overseas, the band’s back with a fourth effort.

Out for an April 14th release, Headstunts sees the garage rock quartet pummeling out material with sounds dating as far back as the ’70s. With newcomer Ben Cole, who replaces former drummer Matt Osment, the album should take the band in a new direction. Vocalist and bassist Dolf de Borst 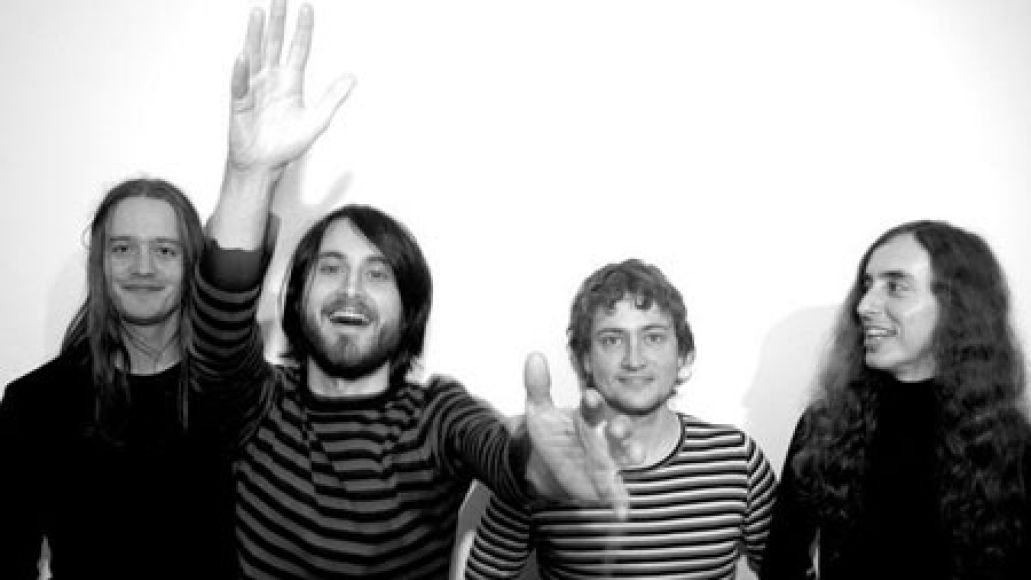 “Lyrically it’s about mind games really; ‘Headstunts’ is an anagram of The Datsuns. We were aware of it all along, but we didn’t want to make it too obvious,” explains singer Dolf. “We got a new member of the band on drums, Ben Cole, so it was like making our first record again, with new influences and new abilities. With a new person, we were able to feed off each other in different ways, and also revive some old ideas that did not click before. Taking those ideas, and then flipping them around, just like you do with an anagram. So I suppose there is some kind of clumsy poetry there.”

“When we started making this album we played a lot together, and we were doing long, drawn out songs, but we ended up making a power pop record: it’s a lot more pop than anything else we’ve done, but it still sounds heavy. We’re just a rock’n’roll band playing music the way we want to do it.”

There’s a lot of creative freedom that’s being discussed here, which makes sense considering Headstunts is a self produced release. With such a clean slate to work with, one hopes the album is packed to the punch and brings some fire to band. Otherwise, who’s to blame, really?

Headstunts is due out April 14th, with some tour dates just around the corner.

The Datsuns ready a fourth...