In the grand scheme of just about everything, Eros, the son of Greek goddess Aphrodite and better known as his Roman name Cupid, better watch his back because if he ever had a day off, he’d certainly have his work cut out for him during his absence. Chicago’s own progressive ambient rock trio, The Poison Arrows, certainly know how to control the reins of Cupid’s bow, arm his quiver with crafty, melodic etudes and fire without warning on unsuspecting music lovers. 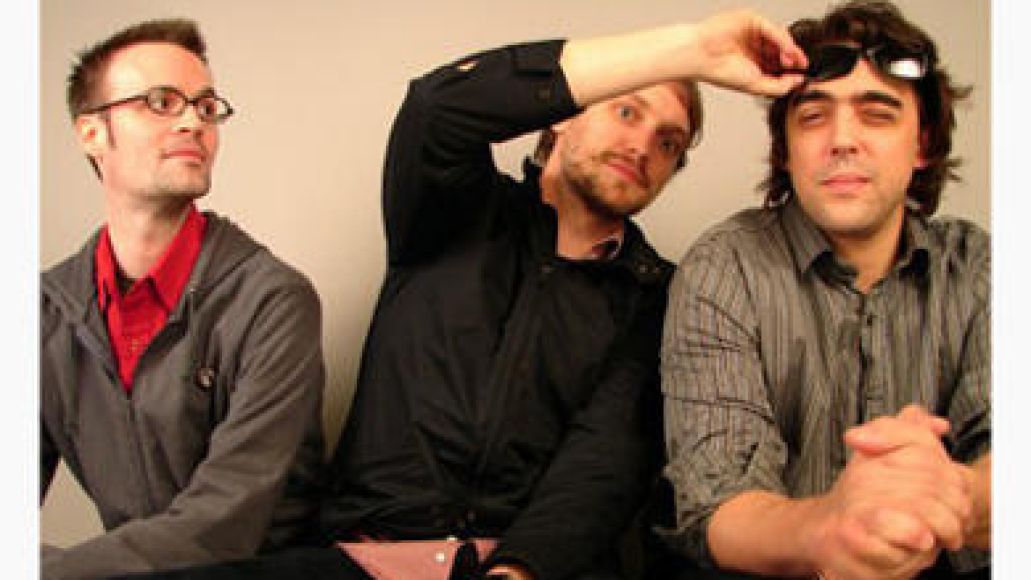 The trio is made up of guitarist Justin Sinkovich, bassist Patrick Morris, and drummer Adam Reach and this version of the band have been together for a little over three years. Their sound is raw, but gentle…angry, but subdued…harmonic, but disjointed. Imagine opening a large footlocker trunk near the edge of your bed and not only do dark strands of velvet ribbon flow from its grooves, white flashing light pierces your eyeballs and accompanies the strands’ graceful moves in the dead of night. This is what shudders to think musically from this talented trio.

On the band’s third and newest EP, Casual Wave, The Poison Arrows lock in and keep the flame of cerebral progression alive amongst its compositions. From prosperous tunes such as the self titled track “Casual Wave” to the Sahara desert mirage of “Queens Wrong,” this Chicago duo may be in the city, but the sounds emitting from their fingers sound miles away from civilization. At first listen, there’s almost an untouched, virgin-esque quality to the timbres of their ambiance. Their background keyboard harmonies combined with Sinkovich’s subtle guitar lines tantalize the brain’s desire to escape into a more natural environment. There’s an overwhelming sense of calm throughout this band’s catalogue, even with sudden dashes of aggressive drumming from Reach and Morris’ thumping basslines.

What potentially sounds on paper any other indie/ambient/new wave band out in the world quickly washes away with no sins attached. The Poison Arrows know how to create musical atmospheres that honestly can get you the hell out of any situation you’re facing, turn your brain off for a good couple of hours and generate a multitude of resolved emotional clout once your mind returns to earth.

With all of this in mind, The Poison Arrows have been playing a multitude of shows (most recently a date with the Japanese experimental sensation Boris at the Empty Bottle) and promoting Casual Wave.  They’re gearing up for their Tomorrow Never Knows performance at Schuba’s coming up on Thursday, January 15th with Department Of Eagles, Disappears and a multitude of other bands.

For one day as the messenger of love, Cupid most likely will call the day off and go see this Chicago trio tear up the stage. Love is a battlefield, is it not? Let the games begin.