In the days leading up to the CoS sponsored Tomorrow Never Knows Music Festival, we’ll be spotlighting some of the acts scheduled to bring the music and the fun to Schubas Tavern in Chicago between January 14-18…

With a sound as pleasing as any of indie’s current darlings, yet a story that would make any movie executive salivate, The Soft Pack are undoubtedly one of the most fascinating and captivating new bands to have entered the music world in recent years. Hailing from San Diego, California, the four piece outfit of Matt Lamkin, Matty McLoughlin, Dave Lantzman, and Brian Hill never planned to be music’s next big things, nor musicians for that matter.

“I didn’t feel the need to play in some jerkoff punk band,” McLoughlin revealed in a recent interview with the San Diego Weekly. “The kids who did listen to music when I went there were dorks. They were Huey Lewis as fuck…. I liked the Replacements. The rest of the kids were into the Swingin’ Utters. I was busy getting my college paid for [earning a baseball scholarship].”

But the college degrees didn’t amount too much, nor did the delivery men career McLoughlin and Lamkin 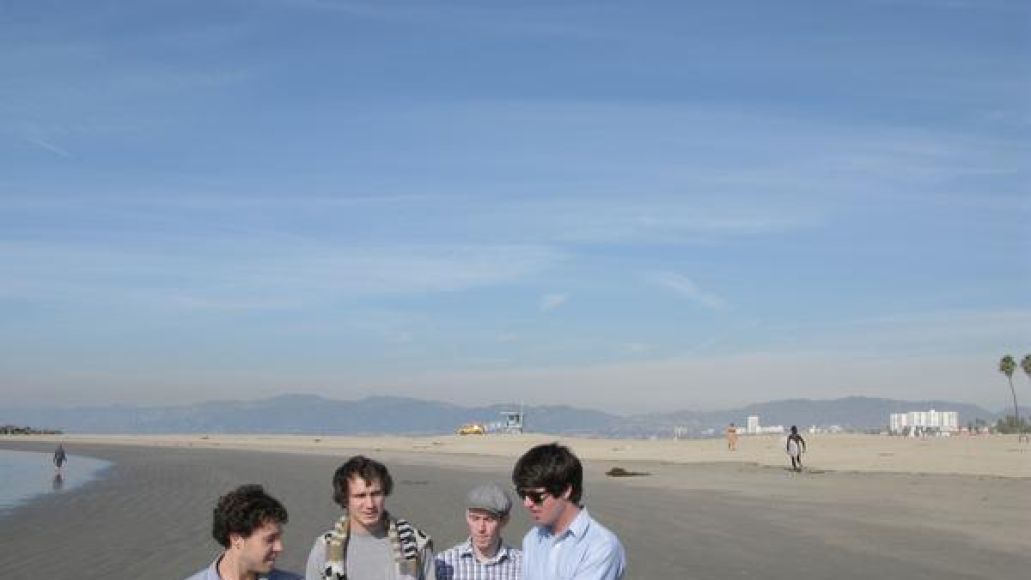 dabbled in shortly after graduation, and like so many others before them, the duo soon decided the best course of action would be to give that weird, yet wonderful life of music a shot. By the summer, they had formed a band, The Muslims, and quickly began to make a name for themselves around San Diego. By the end of 2007, Lantzman and Hill had joined in, catapulting the band from local favorites to blogosphere darlings.

In 2008, The Muslims moved to Los Angeles, got to tour with The Walkmen, and played several festivals, including Monolith and Musicfest NW. But the most impressive achievement was easily their self-titled debut. In 10 tracks spanning just over 30 minutes, McLoughlin and Co. offer a brilliant mix of post-punk evoking a cross between Velvet Underground and The Strokes, yet exuberating  a spunk that would make even Iggy smile. McLaughlin believes this a result of coincidence, rather than any impactful influence as he once noted to San Diego CityBeat: “We don’t know what the fuck we’re doing. And that’s why it sounds like The Velvet Underground. Because it has chords and my guitar is trebly. We like the E chord. It’s simple. None of us listen to math-rock. We tried it, but it didn’t work out that well. We’re not bad, we’re just not really good.”

Yet the similarities are undeniable. “Future Rock” is bouncy and wild, filled with frantic guitar chords and a fury of electricity that truly gives its title justice, while “American” is pure 100% punk, a Stooges-like number that lets the dueling bass and guitar parts do most of the talking. The more subdued “Call It A Day” shows off the band’s diversity, and the coincidental lo-fi ominous nature, aka the reason why Lou Reed’s legendary outfit is so often used to describe this band. Most importantly however, The Muslims is an album that is as fun as it is sloppy, catchy as it is raw, and gripping as it simple. It tore down no walls, nor offered a band setting it up for something it could never followup, but instead provided McLaughlin and his bandmates an album that provided a brilliant introduction to their style and the first piece of what should be a long and successful career.

Of course, before they could venture to the next piece, they had to do something about the name.  “We hated the band name and the completely ignorant, stupid annoying shit that came along with it,” McLaughlin told Spinner.com. So, as fast as they burst onto the scene, they changed their name. Cue The Soft Pack

Who knows what’s next for this four-piece outfit – aside from the constant touring and new studio album that currently fills their agenda – but one’s things for sure. The Soft Pack is a band to be reckoned with and any ample opportunity to check them out, whether on their debut album, at Tomorrow Never Knows, or at any of their upcoming stops, do yourself a favor, and check them out.