Considering “Smoke on the Water” is the first song every child learns on guitar, everyone should be familiar with legendary classic rock band, Deep Purple. If you’re not, then you’ll just have to ask their folks. Back in the ’70s, this English act was all the talk. There wasn’t a muscle car in the high school parking lot not blaring “Highway Star”, and most bars nationwide were consistently turning up “Space Truckin'” on every jukebox. So, what’s the point? 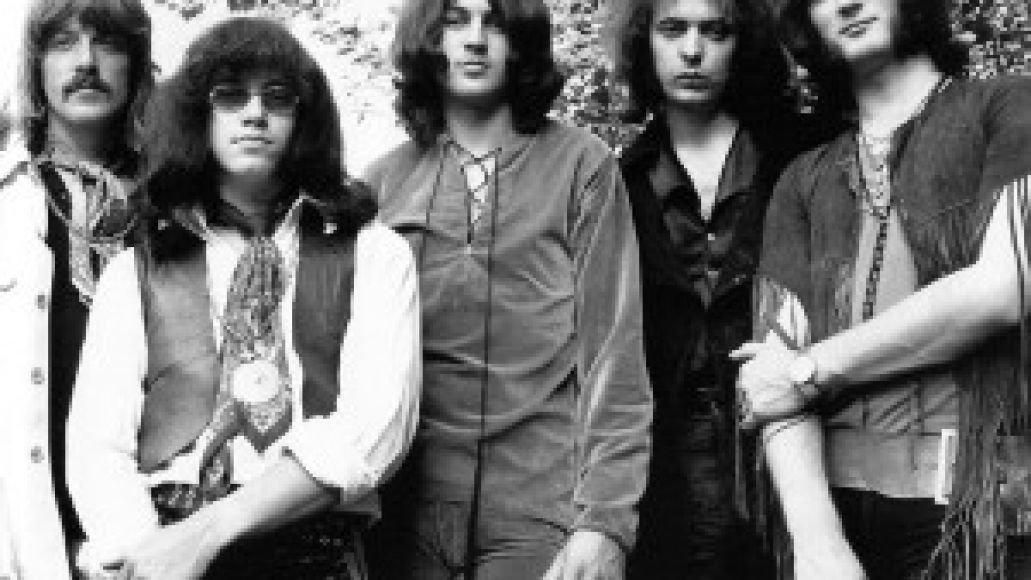 Point is, the ol’ band might get back together again… and for real. Don’t let those Ticketmaster sales fool you, the band hasn’t been vintage since 1993, when Richie Blackmore was still behind the guitar. Despite the four studio albums since, the band has seen a hodgepodge of line up changes. So, news of an actual reunion is a pretty big deal. Per Blabbermouth:

In separate interviews for February edition of Classic Rock magazine (issue No.128), David Coverdale (vocals), Glenn Hughes (bass, vocals) and Jon Lord (keyboards) have all intimated they would be up for playing together again, and all parties have recently been in contact with Ritchie Blackmore (guitar).

Now don’t get all riled up and dust off that Machine Head album just yet. There might be a hitch. Seems that original and current drummer Ian Paice might be a lil’ weary on the whole party, as he’d have to part ways with the current line up. However, fans shouldn’t be too preoccupied with the drama as fellow longtime fan and metal head Lars Ulrich has offered to step in: “I know there’s talk about the fact that if they got Coverdale, Hughes, Lord and Blackmore together, they would have four members who aren’t in the current DEEP PURPLE – then they just need a drummer. I’ll volunteer myself for that,” Lars laughed. “If they need a drummer, David Coverdale has my number.”

Whether or not this happens, we’ll have to wait and see. But already it leaves a stale, bitter taste in my mouth, similar to the Led Zeppelin reunion drama over the past year.

In the end, wouldn’t you rather just listen to the vinyls?

Will the real Deep Purple please stand up?