If you couldn’t get out to Farm Aid last fall or didn’t make it to any of the numerous festivals touting Nelson on the bill, then luck has come your way.  From the looks of things, it seems as if Willie Nelson‘s new year resolution read “Tour,” because that is what he will be doing for the first few months (January-March) of 2009.

Hot off his appearance on A Colbert Christmas, the legendary singer/songwriter recently kicked off a North American trek that will take him just about everywhere. Of hightlight will be a two-night performance with jazz trumpeter Wynton Marsalis in New York’s Lincoln Center, where the two men will look to reincarnate 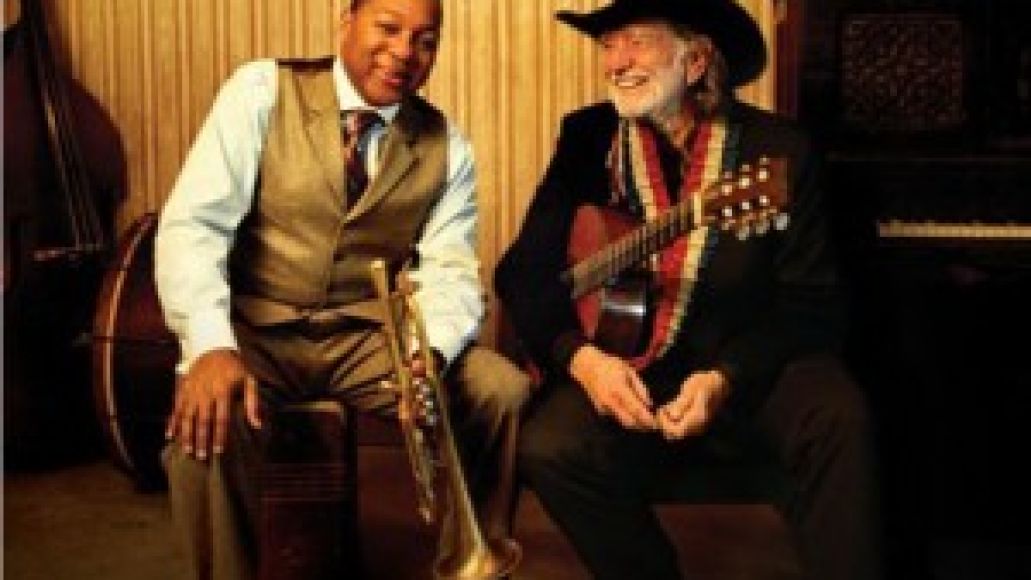 their recently released collaborative effort, Two Men With the Blues. Add in the billed “speical guest” appearance of Norah Jones and there’s no wonder the two-night stint sold out almost immediately; thankfully, there is always Craig’s List…

What’s more, immediately following his time with Wynton, Willie will team up with anther high-profile act when he joins Grammy award-winning country act Asleep at the Wheel for a 10-night east coast trek. The West Virginia natives and Nelson will be touring in support of their forthcoming collaborative effort, Willie and the Wheel, due out on February 3rd. According to Live Daily, “the album features a collection of classic western swing songs handpicked by legendary record producer Jerry Wexler, who was able to hear the fruit of his labor before he died last August at age 91.”

And if that’s not enough to tickle your fancy, Nelson will also be using the coming months gearing up for the release of Naked Willie, a 17-track compilation album featuring original recordings from the late 1960s.

Needless to say, there will be plenty of red hair floating around music in the foreseeable future.

Tickets for many shows are currently available via Ticketmaster.com.

Willie Nelson: Anything but a "Red-Headed Stranger" in 2009