Everyone from the Midwest to the Far East knows that New Jersey born rocker, Bruce Springsteen, is one for the politics. Apparently Canadian indie stars, the Arcade Fire, are hip to this, too. Performing at Obama’s recent Staff Ball, the Win Butler-led troupe dove right into a mandolin-led cover of The Boss’s former hit, “Born in the U.S.A.” While some might find this intriguing, interesting, or even alluring, it’s just pretty “quaint.” 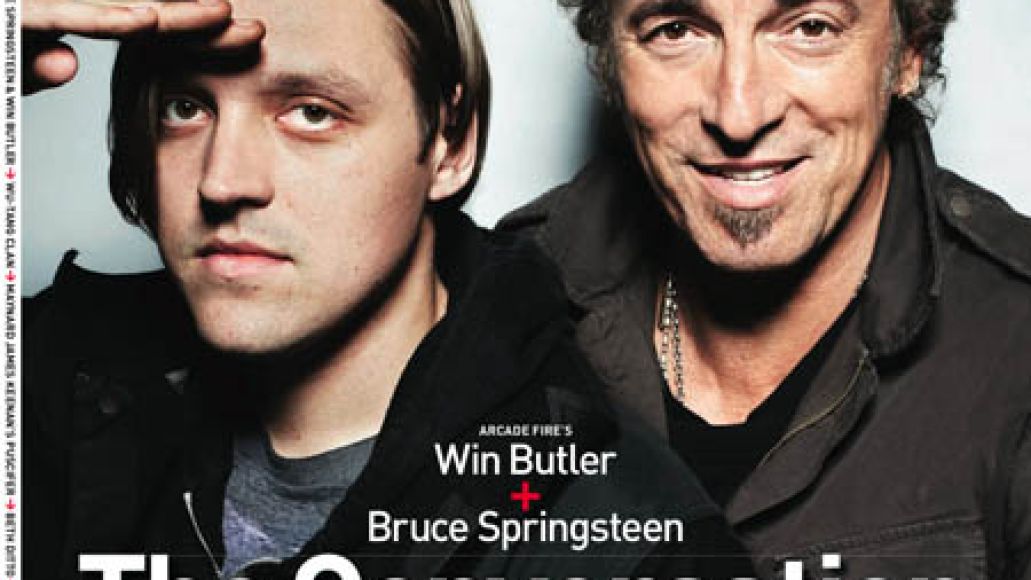 Butler tones it down some, bringing in that trademark angst and depressing wail. What’s interesting is that, given the lyrics, his vocals seem to earmark the decrepit images the song evokes. What’s unfortunate, however, is that, given the context, Bruce’s amplified scruff and Weinberg’s iconic snare hits are missing, and you realize why the song worked to begin with. Though that’s hardly an argument; after all, it’s a cover, and the video quality leaves much to be desired anyhow.

To play the devil’s advocate some more, wouldn’t a happier song be more fitting? Sure, the times are bad, the war’s still waging on, and the economy will be licking its wounds for years, but let’s take a closer look. We have a killer president in office now; a president ready to actually do something; a president ready to acknowledge the very people that built up this country; and personally, a president that’s willing to go the extra mile…after the extra mile. Hmm, maybe the song is fitting.

After all, The Boss already ripped apart “The Rising” days before.