In a thirty-six-year recording career, Bruce Springsteen has been a little bit of everything–a Dylan rip-off, a rock savior, a perceived sell-out, a miscast poster boy for the Reagan campaign, a shadow of himself, a renaissance man, and an amazing comeback story. Not least of these, Bruce Springsteen has been one of the definitive impresarios of rock ‘n roll, passing the torch to at least three generations of worthy bands. Whether it was CBGB punk/poet Patti Smith, or mid 2000’s indie upstarts The Arcade Fire, The Boss has taken many a band under his wing, and done them the honor of either playing on their songs, or going so far as to perform his own version of his favorite of their tracks.

Perhaps the most infamous (and inaccessible) band Springsteen has ever done tribute is New York’s pioneer synth-punk unit Suicide. One of the standard bearers of the late 1970’s CBGB’s scene, Suicide made a career of assaulting concertgoers who had paid good money to see the Ramones, The Talking Heads, or Television. Their ten-minute plus murderous nightmare “Frankie Teardrop”, a song consisting only of primitive drum machine, overloaded electric organ, and singer Alan Vega’s tortured howling was not only the centerpiece of 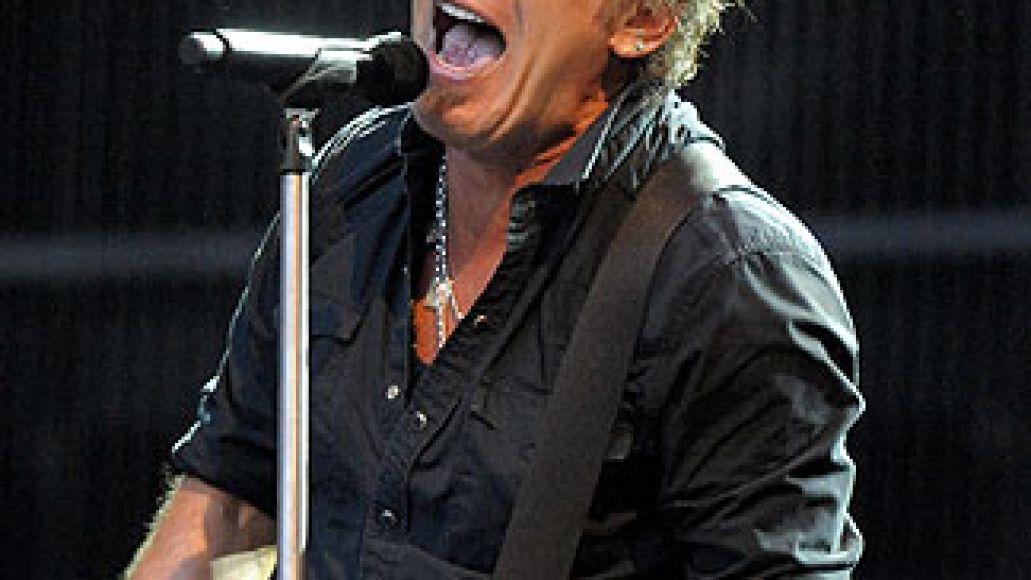 their abrasive setlists–but also the major influence for the Boss’s own “State Trooper”, in which he mimics Vega’s echoed yowls with a more restrained tribute of his own.

But that’s not the end of the Suicide/Springsteen saga. On his 2007 Devils and Dust tour, Asbury Park’s favorite son not only performed some of his own songs (“Reason to Believe” and a you-have-to-hear-it-to-believe-it “Born In the U.S.A.”) in an abrasive, minimalist style that indicates his continuing admiration for Vega and Rev, but went the full measure and played a transcendental cover of “Dream Baby Dream” from Suicide’s second eponymous album.

With only a hand-pump organ (and maybe a bit of offstage synthesizer) to back him up, Springsteen turned the claustrophobic original–which sounds like Roy Orbison going through heroin withdrawal in a drive-through chapel–into an almost sacramental drone of organ and slap-echo vocals. Vega’s chorus (“dream, baby, dream/forever/forever and ever”) which sounds almost ominous in his cocaine-jitter mumble, becomes the refrain of a Camden-streets spiritual, as some of the songs other lyrics “you gotta keep those dreams burnin’/forever and ever” come to the forefront in the Boss’s more spare adaptation.

The song is almost a custom-fit for Springsteen; the lyrics and chord progression sound like something that could have come off his desk at any time throughout his long career. What makes this song noteworthy is the rarity of its situtaion–seldom does an artist who is percieved as more “mainstream” cover a song by a more “extreme” or “underground” band, with such successful result. While the opposite has proven a successful tack (see Nick Cave’s versions of Leonard Cohen’s “Avalanche” and Elvis’s “In the Ghetto”), Springsteen’s success with “Dream Baby Dream” is admirable not just for its musicality, but for its daring–ending a show with a song by a band whose gigs regularly dissolved into small riots–for an audience of a couple thousand blue-collar, nine-to-fiving Boss fans–takes some serious cojones. Which Springsteen has to spare.

The fact that this version remains unrecorded is a musical crime.  See it here while you still can.