Let’s face it, as listeners, we’re pretty anxious. A few months after an album’s release, we’re bound to chalk up the next effort’s sound. That’s why we scour the internet for nights on end, looking for whatever clues and puzzle pieces we can find. Seldom do we find anything that’s not a rumor, or some more Wikipedia bullshit. However, when lead singers like Britt Daniel of bands like Spoon come out with saucy details like a new album, we’re pretty like…excited.

That excitement can only be doubled (no, tripled) at the mention of film composer/producer Jon Brion’s involvement. Yes, the man behind nearly everything that’s been considered “hip” for the last decade (e.g. Kanye West, Eternal Sunshine of the Spotless Mind, Elliott Smith, etc.) is working with the Austin quartet on their follow up to 2007’s Ga Ga Ga Ga Ga. A 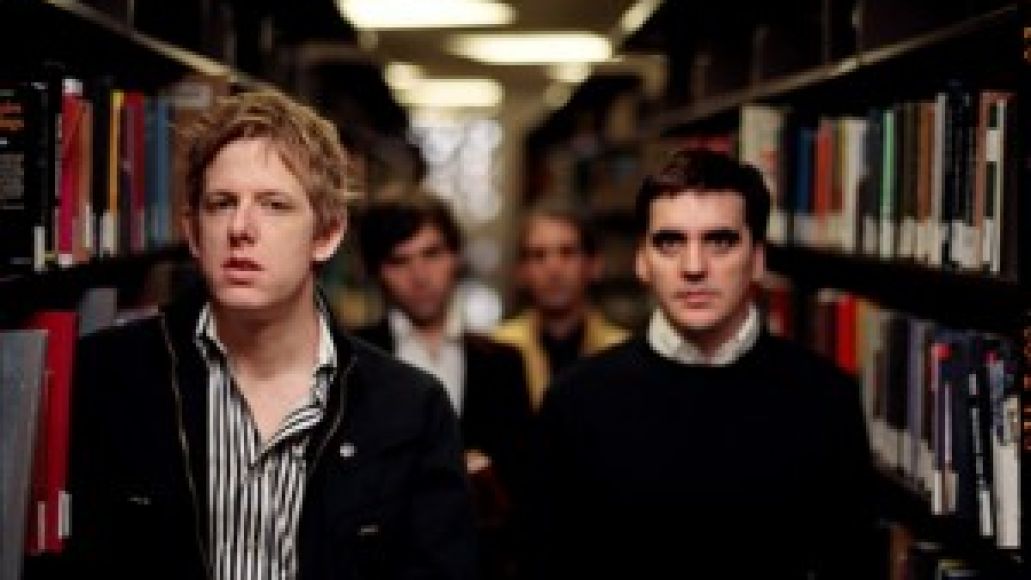 “We’re writing together, which is different for me,” Daniel said, while speaking with Texas Monthly. “I’ve never gone somewhere to write with someone. I wrote some things once with Miles Zuniga [of Austin’s Fastball], but that was more, ‘We need a verse, now a chorus.’ This is doing things with individual sounds, things that could become sections of songs.”

What’s going down in the studio? Daniel is keeping mum; however, he did allude to some past recordings from last year.

“We recorded two songs last fall, one that’s pretty good and one that’s not,” Daniel continued. “One’s a rocker that [Austin producer] Mike McCarthy tried to make sound like Joy Division. The other is kinda middle of the road, a song we tried to make new wave and probably shouldn’t have.” This type of production should continue soon as Daniel insists that the band will reconvene in Portland come early March. From there, they’ll start tracking songs and see how it evolves.

As for when the new record will drop, Daniel insists that it’s, “not soon,” though he does have a working title in development: Me and Matty Pickles. Not sure what that means? Well, neither were we. Luckily, Pitchfork Media one upped the gang, and found out that Matty Pickles is actually the name of a band member in The Subjects. Hmm, the title kind of has a Southern twang to it, like fried pickles and honey mustard, perhaps?

Oh, we shouldn’t have!

A Spoon full of demos...