If you take a close look at Aerosmith‘s career, it’s a tad eccentric. They’ve gone from zeroes to heroes almost every decade, pummeling the market with hits and taking a fall somewhere down the line. Some might argue they bit the dust shortly after 1998’s Armageddon, and especially with 2001’s abysmal Just Push Play, though others might contend that 2004’s Honkin on Bobo brought the band back to form–despite being a record comprised of covers. However, the spotlight’s back on the Boston band as they ready what might be their most important studio effort to date.

There’s a lot of drama that’s built behind this release. Between injuries sustained by both Steven Tyler and Joe Perry, this album is unique in that it’s not only their fifteenth studio record, but also the end of their contract to Sony. In other words, this is the record to go out swinging on. So 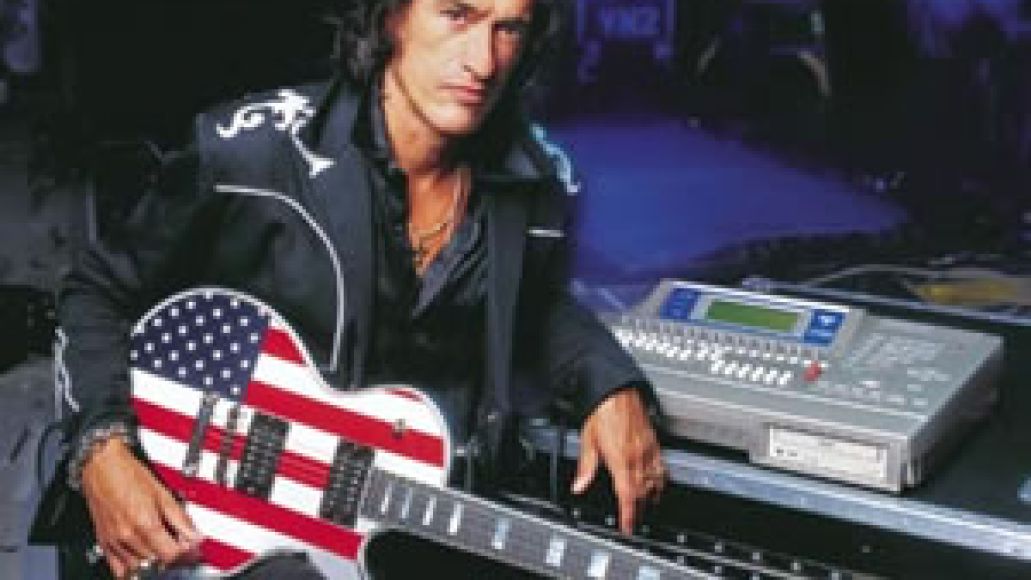 what’s in store? Last week, in an interview with ABC ePrep, Perry spoke candidly not about the music per say, but mostly the recording process altogether. “We started rehearsing last week,” he said. “The band’s been all gathered back together. And we’ve been at it and going over some of the new stuff.”

While there wasn’t much revealed about the actual material, Perry did hint at what direction the band seemed to be heading, alluding to a very popular producer behind the controls: Brendan “Bruce Springsteen” O’Brien. Perry says of the producer who’s giving Rick Rubin a run for his money, “We’re real excited about it, we’ve wanted to work with him for a long time.” Apparently the work is paying off as O’Brien seems to be steering the group in the right direction. Perry adds, “We’re gonna be doing it more like we used to do the old records which is the band playing live in the studio. That part is really exciting to me. We haven’t really done a real original studio record in a long time.”

Considering they were in the studio when we last reported in October, one would think they’d be itching to get back on the road. Actually, they’re scratching to, and Perry hinted at tour dates that could start as early as late spring, early summer. “We’re planning on going out June 1st and touring the states,” he says. “I think that’s the first leg we got planned. We’re gonna try and blow through this record and make it the way we used to make records. And with spontaneity and trying to capture that on-the-spot energy and then hopefully get it done before we get on the road.”

Will Aerosmith have the punch this time around? Or, will they put out another soggy single like “Just Push Play”? It’s too early to tell, but we’ll have a better idea when the first single leaks. Until then, we always have Get A Grip, Toys in the Attic, and…Revolution-X on Sega. And we always will! Sh’yeah!

Aerosmith is in for a big year...