It’s hard to fathom it’s already been almost four since Art Brut somehow managed to both celebrate and poke fun at the music industry with its stellar debut, Bang Bang Rock & Roll. However, at the time, many critics wondered how far the English outfit’s tongue-and-cheek style could take them – after all, pretty soon they would run out of stuff to make fun of, right?

Well, come four years and two albums later, Art Brut is still running on full-force, as evident by the band’s latest creative endeavor, Art Brut Vs. Satan, officially due out May 12th via Downtown Records. Produced by Frank Black – you know, Frank Black, the Pixies frontman turned solo artists? – the 11-track effort was 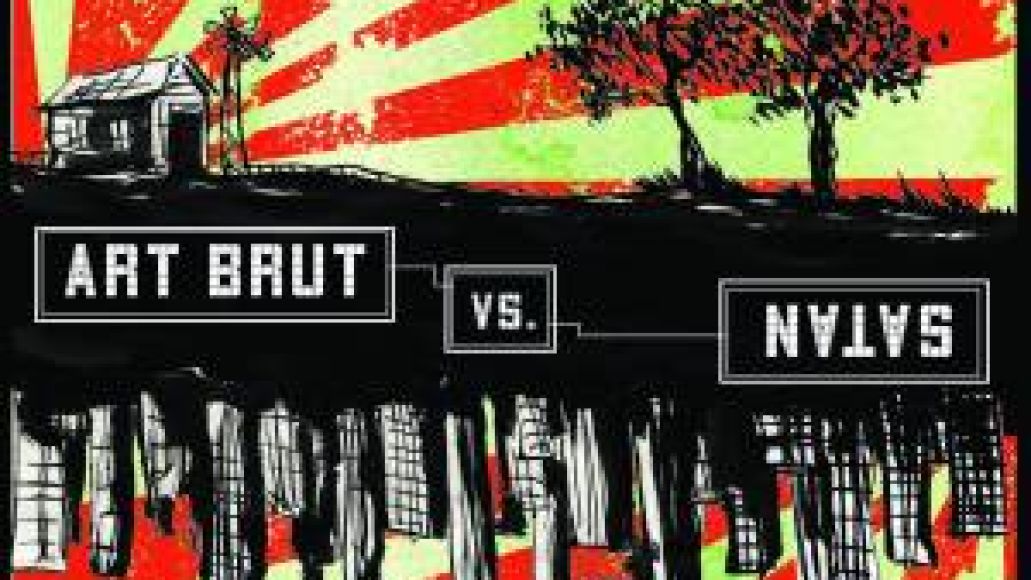 recorded during what the band described as a “punk-as-fuck two weeks in Salem, Oregon.” Per frontman Eddie Argos:

“I don’t always enjoy the recording process – all that fiddling with guitars and drum sounds waiting for my turn to ‘sing’. This time though, we did it just right. We spent a day getting the sound of the instruments perfect, then with all of us in the same room at the same time, with the amazing Black Francis conducting us, we pressed record, jumped around and played our songs. This is how I always thought albums were made and it’s definitely how we’re doing it from now on!”

Sound wise, Art Brut has remained fairly tight lipped about Art Brut Vs. Satan, but did not in an interview with Pitchfork that it will include an “eight-minute song.”

As for what’s up with the title, it’s simple as Argos revealed in the same interview: “Satan is everybody that’s against us. [laughs] If you are not for us, then you are Satan, and I am against you.”

The band will tour in support of the release beginning late spring, however as of now, only European dates have been announced.