As if my ears weren’t still bleeding from last summer, Dinosaur Jr. has decided to hit the road again. This time around, they’re going everywhere. So, grab the ear plugs, scuff up that flannel, and grow out the hair, the Amherst, MA trio – J Mascis, Lou Barlow, and the lovable Murph – are coming to your town. If there’s ever been a moment for the band to celebrate, it’s right now. 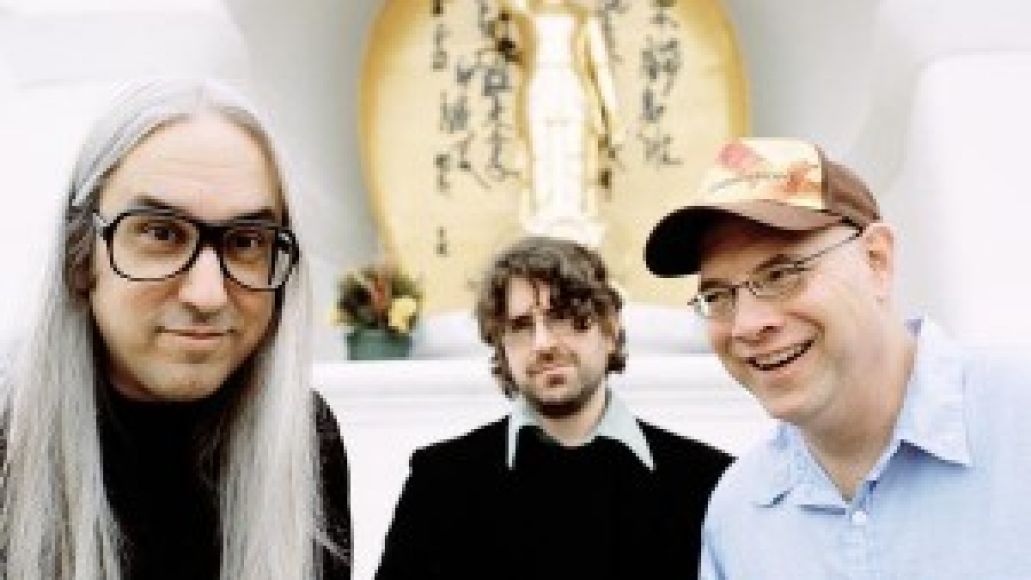 After recently signing with new label Jagjaguwar, the ’90s noise-rockers have Sharpie‘d their calendar with dates that bring ’em all the way to SXSW in Texas and back to Connecticut to start the tour proper. What’s more is that while they’re going to be sweatin’ away in dozens of intimate clubs all spring and early summer, they actually plan on releasing a new album. Yes, the follow up to 2007’s insanely awesome Beyond is just around the corner. Ooo, my heart just skipped.

For now though, J Mascis has been kind enough to lend some tunes. Those who purchase tickets on the upcoming jaunt will be rewarded, digitally of course, with a new song “I Don’t Wanna Go There”, and an old song, “Tarpit”, off of their 1987 sophomore effort, You’re Living All Over Me. Basically, since you’re all going to buy tickets to see ’em (right?), he’s giving ’em away for free.

Now what about festival appearances? Given that the band finishes its tour early May, there’s still a chance they could hop on some summer festivals, namely Lollapalooza. Hell, they could even do a repeat of Pitchfork. Or, they just might end up in the cool refines of the studio and chill out. The latter is more likely, but one can always hope, right?