The past couple of years has seen progressive metallurgists Dream Theater engage in an oddball of activities; in 2008, the New York rockers followed the release of their first album on label Roadrunner Records and ninth overall, Systematic Chaos, with a greatest hits album and the launch of the Progressive Nation tour. Still feeling the rock, it now appears James LaBrie, Jordan Rudess, and the rest of the five-piece outfit are gearing up for an equally busy 2009, one which will feature a new album and reincarnation of Progressive Nation.

According to Roadrunner.com, Dream Theater is currently wrapping up its tenth full-length studio album, and while there is not yet a confirmed title, the band announced has set a tentative June 2009 release date. Speaking of the album in a posting on his website, drummer Mike Portnoy said the following: “Imagine a DT album with “A Change of Seasons”, “Octavarium”, “Learning to Live”, “Pull Me Under” and “The Glass Prison”….all on one album…” 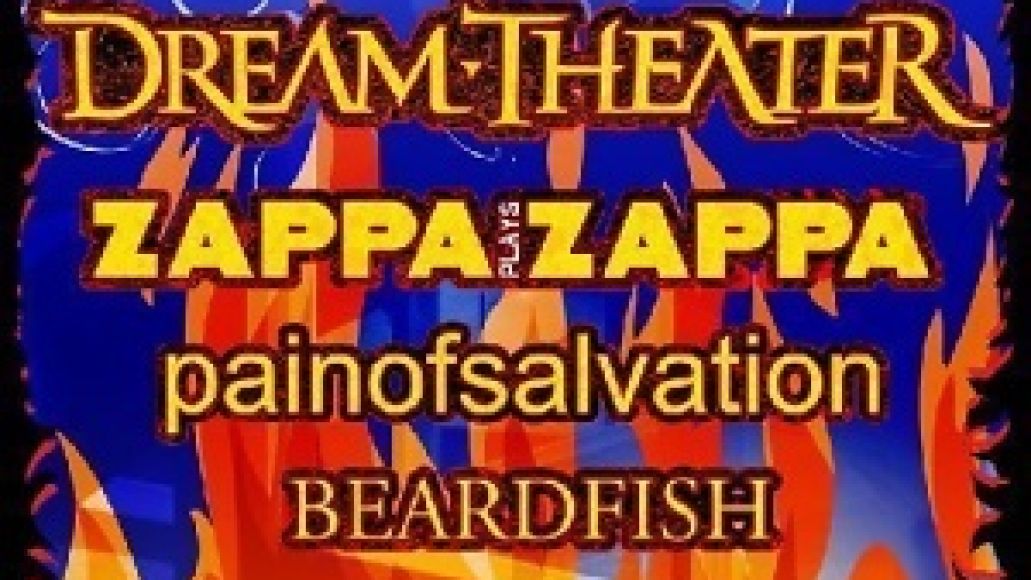 Nation tour, this year featuring Swedish bands Beardfish and Pains Of Salvation, along with Zappa Plays Zappa. While this year’s trek certainly appears to offer much less metal than last year’s version, which included Opeth, Between the Buried and Me, and Three, Portnoy, who handpicked the acts, appears quite excited over the whole thing.

“This year’s lineup is so exciting for me. Every band is bringing something very unique to the package to create an incredibly well rounded musical experience. I am just as excited to be watching all the bands from the side of the stage as I am to be performing with mine in the center of it!”

The tour is scheduled between July and August of 2009 in North America; exact dates are still forthcoming.

Of course, if this tour can match labelmate Slipknot’s promotional All Hope Is Gone tour, Mistress Juliya’s Slave To The Metal tour and the late-summer competitor Mayhem Festival (headlined by Marilyn Manson and Slayer), we are all in for some kick ass rock up the wazoo.