It’s hard to take your show on the road when there’s hardly a new show at all. However, that doesn’t seem to bother Lindsey Buckingham, Stevie Nicks, John McVie or Mick Fleetwood–otherwise known as, Fleetwood Mac. No, the transcontinental quartet are packing up the instruments and hittin’ the road for a long spring and summer tour, despite not having an album to promote or any new material to show off.

“This is truly a new experience for Fleetwood Mac to go out and play songs that we believe and hope people are going to be familiar with and love,” drummer Mick Fleetwood told Billboard.com. “We are finding songs as we go along that we feel are special songs that maybe aren’t considered the massive, massive hits but truly are emotionally connected to Fleetwood Mac.” 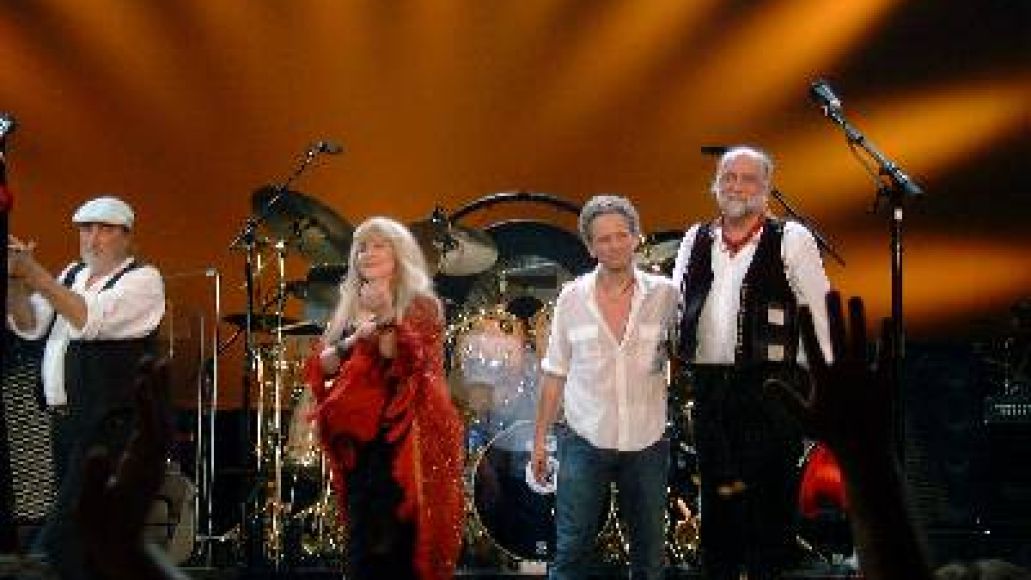 Fleetwood’s not the only one game. It seems guitarist and vocalist Lindsey Buckingham shares his sentiments, as well. He feels the lack of new material is actually refreshing and “just allows you to relax into the situation. We’re not coming off a new group of tunes, a new album … the stakes for that side of it become a little bit lower.” His female “counterpart”, Stevie Nicks, seems a bit relieved too, as she says, “We’re going to get through this tour before deciding what to do with an album.”

But Fleetwood fans, don’t go for that bottle just yet, new material is still on the horizon. In the same conversation, Fleetwood spoke about “discussions” to write new material, insisting, “We would love to make some more music … We hope it happens, and certainly it’s been somewhat loosely touched on … My heart says I believe that will happen. Certainly I know that all of the songwriting department, both Stevie and Lindsey are continually writing … The whole creative bowl is very much intact, so I would love to see what happens.”

Clearly this is a band that’s just having fun, and with seventeen albums in tow, why wouldn’t they want to relax on ’em? Considering the tour’s title is “Unleashed”, fans should expect varied set lists, exciting new cuts, and some possible guest stars. Who might those guest stars be? Over the past year, there’s been talk of adding the likes of Sheryl Crow to the mix, though considering the songwriter’s had a baby as of recent, it seems plans might have changed. Though Nicks says, “Sheryl is my very dear friend. We are best buddies, and that will go on forever. The fact she is not in the band does not mean she’s not our friend.” So, you just never know.

Mysteries are just a part of the Mac, and come March 1 in Pittsburgh, the cat will be outta the bag, or shall we say…unleashed?

Fleetwood Mac says "no" to album, "yes" to tour