That may have been the definitive question of early-1960’s Swinging London–and this year, Chicago’s own Blueblood get their shot at being the answer with their Have Mercy EP. They’ve got nice duds and a passion for classic soul. They’ve got nasty guitars, and hell-bent-for-leather attitude. Forty years earlier, they’d have been very confused young men–today, they might be your new hometown heroes.

Straight from the gates, Have Mercy professes equal love for both Vespas and Harleys: opener “Whiskey and Wine” churns up a storm of rock ‘n’ roll, B-3 style organ headspin before charging through with crisp, ringing guitar chords and a well-dressed bassline that’s British enough to be a candidate for knighthood (The bassist’s stage name is Sean Paul Jones. Seriously.).  Singer Quinn Des Enfants has an awesome instrument in 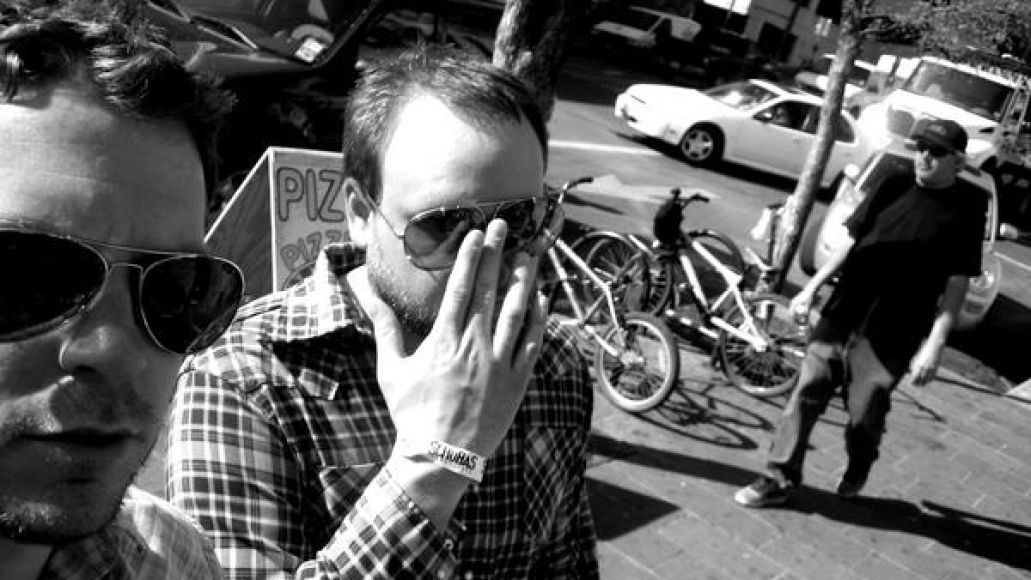 his voice; like the classic Motown songwriters, he keys his vocal lines near the limit of his range, stretching and straining for the higher registers–which gives the songs a gritty intensity that’s lost in the cut-and-paste AutoTune record factories that so many local bands are forced to patronize.

That’s not to say that Blueblood are by any means a “retro” band. Blueblood’s enormous debt to the Jam/Who/Zombies trinity is tempered by a deft ear for modern sounds, from TV on the Radio’s angular indie/soul cold-fusion to the Walkmen’s after-hours reverb dance parties to the Hold Steady’s barrelhouse Springsteen impressions. Guitarist Mark Bachara’s parts on “The Faster We Lived”–which really ought to be the first song on the album–run down those influences like a checklist, from the ripping opening guitar solo to the creaky, haunted bridge.

While Blueblood have their sound and style under expert control (and that’s farther than most bands ever get), where Have Mercy falls short is on songwriting. While the EP absolutely slays the first time through, on repeated listens, the songs reveal their similar structure, and underwhelming lyrics. Then again, Have Mercy isn’t the sort of album that you put on headphones, light candles, and dim the lights for. Have Mercy is the kind of album you crank up in your car stereo on your way to a dive bar. Besides, it’s refreshing to see a band whose debut isn’t their career high–Blueblood seems like the sort of band that’s going to simmer and age and stew in its own juices on the road for a couple of years and then make a great album.

That said, Blueblood are definitely the kind of band that need to be seen to be understood. Because these guys really know how to roll up their French cuffs and get their hands dirty when it comes to playing live. The best thing Have Mercy has going for it the sheer energy captured in the recording; and if the classic local band formula works in reverse, (band tears it up like champs in the club, you buy CD, CD actually kind of sucks, you forget about the band), that could make Blueblood easily be one of the best live acts within city limits.

All told, while the Have Mercy EP isn’t exactly the sort of album that’s going to dominate your iTunes’ “Most Played” for months on end, it’s definitely worth picking up–at $5 for a CDBaby download, the cost/value ratio is outstanding. And while it’s not exactly shortlisted for “Best of 2009” (although if ’09 is anything like last year, it might just be a wild card), picking up Have Mercy is a great way to support a local band who, with a little help and a little time, might grow up to be a hell of a contender.

Check Out:
“The Faster We Lived”
“Whiskey & Wine”