Texas musicians often find themselves cursed-or blessed, depending on how you look at it-with a cultural ambiguity surrounding their sound. Because Texas isn’t quite southern and it’s not quite western, and it’s a gigantic mix of urban cities and rural landscapes, no single style defines it. Luckily, Austin’s Robert Harrison has decided to take advantage of the opportunity with his band Future Clouds and Radar and on its sophomore release, Peoria. 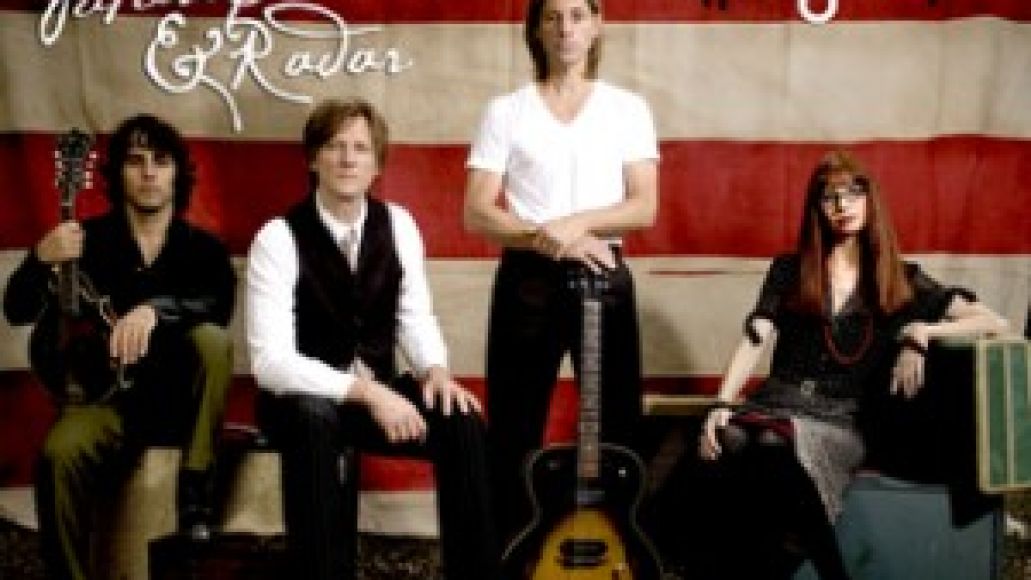 Listening to Peoria, you get a sense that Harrison and his band mates-Josh Zarbo on bass, Hollie Thomas on keyboards, Darin Murphy on drums and Kullen Fuchs on various instruments-grew up listening to their parents’ records and haven’t been able to shake the influence. That the album is a single narrative concerned with mortality highlights Harrison’s passion for concept albums could be reason to roll your eyes. However, this is not a concept album in the annoying way that bogs down the songs with a heavy-handed storyline. Instead we get a collection of varied songs-some instrumental, some two minutes, some 7 minutes-that deal with theme of death and let stories unravel from there.

Sonically, this is the kind of album that is responsible for the annoying trend of hyphenated genres. Is it alt-country? Is it lo-fi rock? Is it indie pop? All of the above? Since this band’s debut, terms like power-pop and avant-garde jazz have been tossed around as if that makes it easier for potential listeners to understand the music, but it’s all unnecessary. Peoria enjoys acoustic country strums, racing drums, smooth harmonies of 50’s rock, wailing guitars, and everything that comes between. At times the production is deliberately fuzzy, which blurs together the band’s tight instrumentation, but it mirrors the confused tone of the ongoing narrative.

From an ear-friendly standpoint, Future Clouds and Radar are ready for radio; in the narrow mindset of radio, this album wouldn’t find a home on a single station because each track could easily fit on two or more formats. The synth breakdown early in standout “The Mortal” sounds nothing like the dreamy sways that close out the track. Listen to the simultaneous rawness and infectious pop of “Feet on Grass” and you’ll realize Future Clouds and Radar might be the best band Elephant Six never signed. Harrison and company are more focused on delivering strong tracks that fit their vision than succumbing to the single definition any one genre or musical trend. And we can be thankful for that.

Future Clouds and Radar will be playing our Listen! Showcase at The Wave at 1:00 a.m. on Friday, March 20 (technically the morning of Saturday, March 21 for you nitpickers).