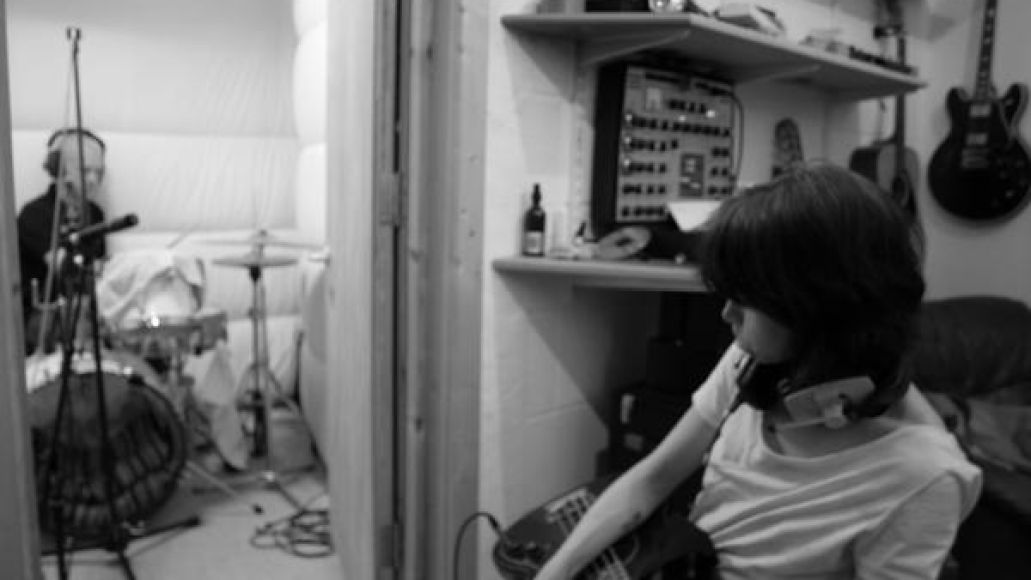 Richard File and Wendy Rae Fowler (The Earthlings, Queens of the Stone Age) met while working with James Lavelle on that 2007 album while in Joshua Tree, California. While File was technically a part of the trip-hop duo, once meeting with Fowler, he knew there was a musical connection that couldn’t be denied exploration. Once touring wrapped, he split from Lavelle and has since been working on this new project.

While so far only a taste of what is to come has been released, what has been finished can be described as a new variation from the original project from which the two met. Fowler’s nostalgic and reverberated voice could easily be compared to Beth Gibbons (Portishead), however only one track has been released with just Fowler on lead vocals. When listening to “Careful What You Wish For”, you can’t help but think of that band from Bristol with melodies that are both beautiful and haunting. File does an amazing job building the music up and using Fowlers voice for different vocal layering.

The other two tracks offered show off the harmonies between the two, but mainly focus on File which is what makes it easy to draw similarities between this and U.N.K.L.E. There is a distinct separation however, and those differences tend to focus more on the rock aspect of where File left off in 2007, and not so much the electronic. Fowler’s vocals also help in making that distinction, and are what make the music stand out. With her on board permanently, the possibilities for some amazing new tunes are endless. So far a self-titled EP is available, and their debut full length should be ready some time this year.

Check Out:
“Careful What You Wish For”
“The Double”

Listen: We Fell To Earth