It’s been three years since Muse put out Black Holes & Revelations, and naturally, fans are expecting a new release. They’ve worn out the old discs and last year’s live album, HAARP, has run its course. Fortunately, the English trio are about to answer their prayers, that is if the rumors hold up.

In a short news piece yesterday, NME reported that Muse could have an album out as early as this September, with another jaw dropping, European tour to follow in the fall. What are the odds of this happening, however? Well, it’s hard to say.

On one hand, as we we reported last May, the band’s been writing and recording new material; however, whether or not that new material is ready for release is up in the air. Last November 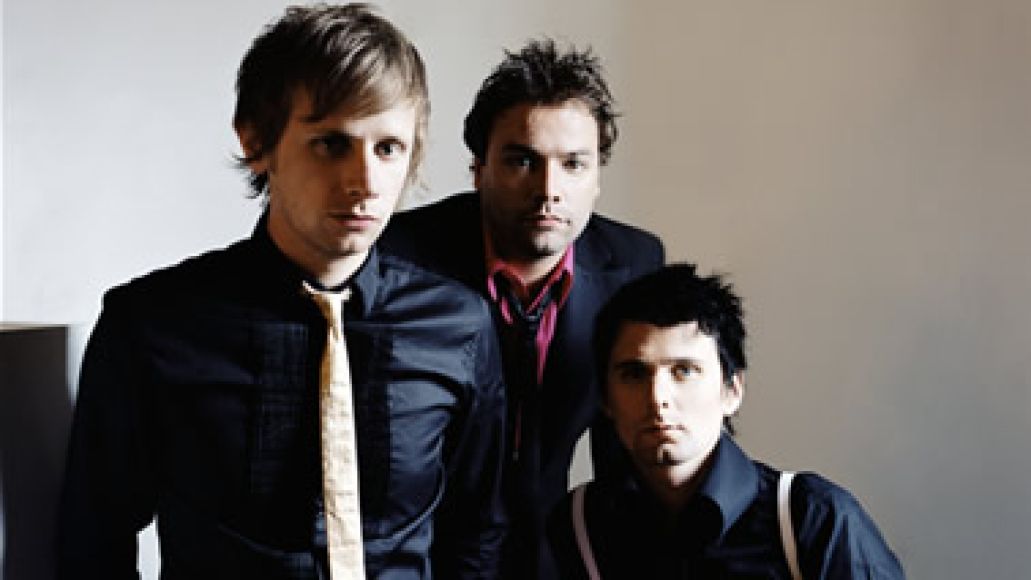 , in a Q&A on the band’s online message board, bassist Chris Wolstenholme wrote, “It would be nice to have the album out in the second half of next year but we have not set ourselves any targets. It is more important for us to make the best album we have made to date and if that means it comes out in 2010 then we don’t mind. Hopefully it will be sooner though.” That doesn’t seem to bode too well for those eagerly waiting.

But hold up, the news spins again! Most recently, in a teenage youth magazine of all places (jMag?), vocalist Matt Bellamy hinted at what may be the group’s “hardest song ever”, saying, “There’s a new song in three parts, which I have been working on sporadically for many years. As a large percentage of the composition is orchestral… I’ve been arranging the orchestral elements myself, which is taking a long time.”

The key element to hone in on here is: “time.” Clearly, the band’s taking its own share of it, and if that’s what they need to produce a new album then, by all means, the fans should give ’em that. One thing is for sure, September is a long ways off, and if they’re already finished with their “hardest” song, it should be easy peasy, lemon squeezy from here on out.

Yeah, I just said that.