Last time we heard from OK Go, it was February of last year and they were releasing a charity EP with the brass funk band, Bonerama. Since then, it’s been relatively silent on their end, and with good reason. After spending most of the winter recording in the frosty country of upstate New York, the Chicago natives-turned-Los Angeles residents are ready to tour and promote their upcoming follow up to 2005’s commercially successful, Oh No. 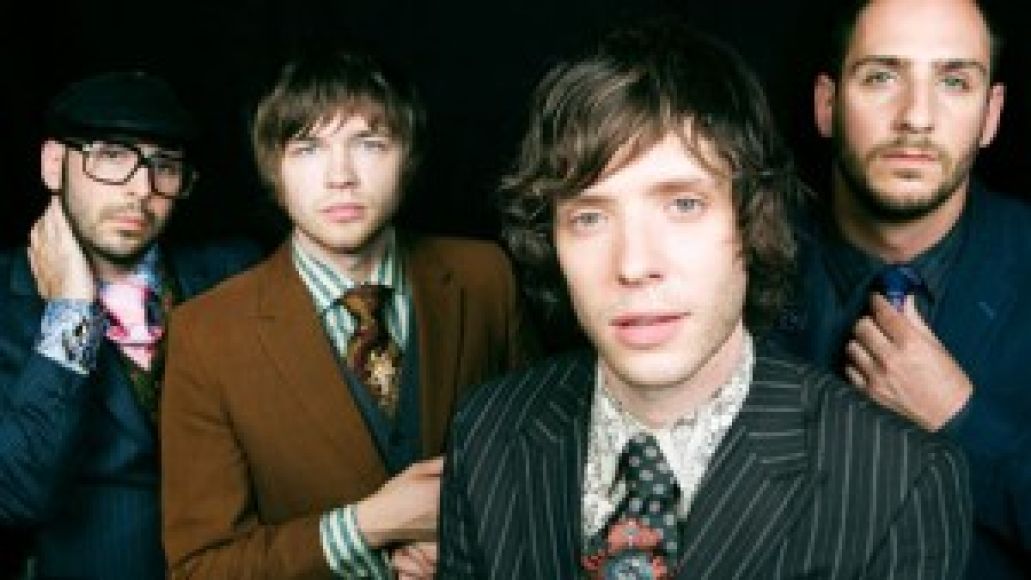 Produced by Dave Fridmann (Flaming Lips, MGMT, Sleater-Kinney), the yet-to-be-titled album is currently slated for a summer release, and while they’ve been chronicling their studio time via webisodes online, the band’s been pretty tight lipped as to what they’ve been writing. However, they do insist that the new record consists of the “danciest, most anthemic, most heartbroken, and most honest songs” of their career.

Yet that’s not all. If you thought their Grammy-award winning career in video entertainment was over (*cough* “Here It Goes Again” *cough*), then you’re in for a surprise. Next month, the band will appear in the Paul Rudd-led comedy, I Love You, Man, where they’ll be playing…a fictional band. Clever, huh? That’s not all. Throughout the summer they’ll be whoring themselves out to some Banana Republic commercials. Will they bring the treadmills? Who knows?

For now, if you need your OK Fix, then be sure to snag a couple of these OK spring tour dates. In all fairness, this looks to be a pretty stellar tour, with Irish indie band Oppenheimer and Longwave starting on the East Coast dates and IO Echo and Jaguar Love tagging along for the West Coast dates. It all goes down March 6th in Philadelphia.

OK Go is OK to return