Fresh off their west coast reunion run, a nine date tour, which aside from a few previous one-offs marked the band’s first live shows in nearly six years, The Murder City Devils have announced plans to bring themselves to two of the summer’s biggest events. In support of the recently released reissues of their three studio albums and subsequent limited edition box set, Feather Bed Whiskey Blanket, the Seattle rockers will hit the stage at both Coachella and Sasquatch! later this summer. While little in terms of specifics are known about either performance, we do know, as the band relayed on its official website, frontman Spencer Moody has already started work on the set lists. 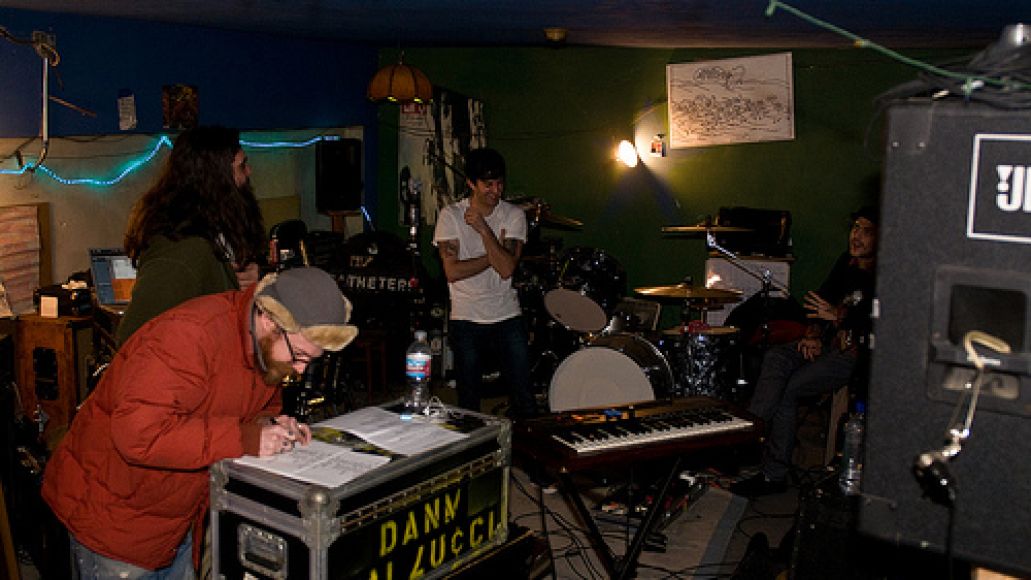 As of now, there are no plans for east coast dates; apparently we’re too far away…