What happens when a 15 year old kid and his 12 year old sister start acting like Thurston Moore and Kim Gordon (without the love affair), and make pretty raucous music? The answer can be found in a listen to any song by Tiny Masters of Today. David Bowie’s favorite little youngsters sparked some interest in 2007 with their debut album, Bang Bang Boom Cake, due to the fact that two kids were making some pretty legit noise in the music scene. But where have they been since you read that blurb about them in Rolling Stone? 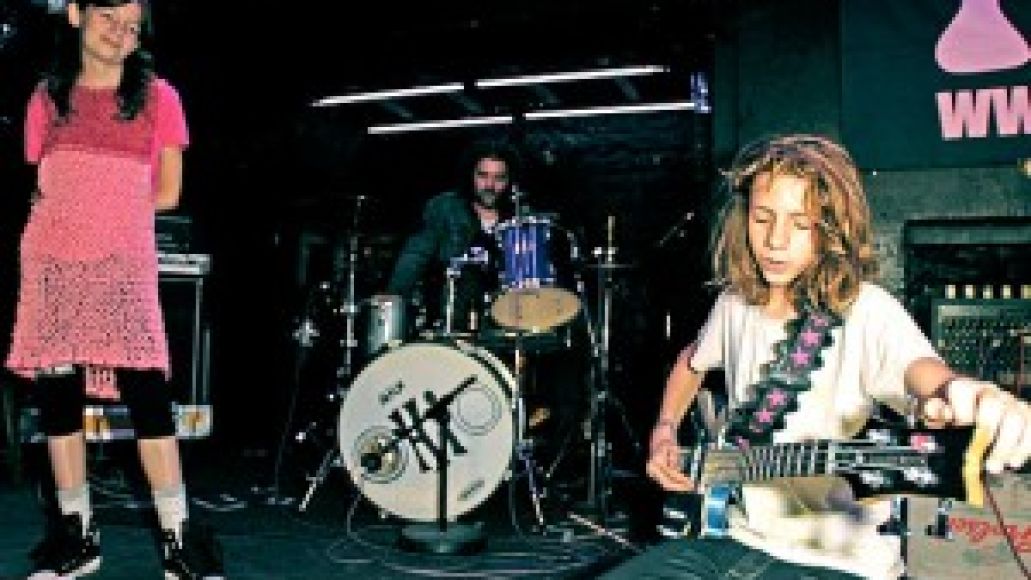 The answer is they’ve been working on their follow-up, Skeletons. Though the band has collaborated with the likes of Karen O and Kimya Dawson in the past, Mute Records states that the duo wrote and produced the new album mostly by themselves, recording demos in garageband at their Brooklyn home, before bringing the songs to a proper studio with the help from engineer Patrick McCarthy. Talk about being too cool for school. We can also expect a slight maturation in style with the new effort. While maintaining the usual “rag-tag sound” and “general anti-establishment nose thumbing,” the new effort will see the band exploring “hip-hop, electronica, dub, and even disco into a messy and uproarious concoction. The end result is frantic and funny, equally poignant and pugnacious. Politically charged and strikingly original, a curious pastiche of styles and subjects all channeled through their own, very unique, filter” (Mute Records).

The title track bearing single, “Skeletons”, will see its release on April 14th, while the LP will not be available until June 16th. The kids, however, will premiere the album down in Austin on the 21st of March at the Cedar Street Courtyard. All sounds good to us jaded music folks, but remember, these kids can’t even drive yet. wonder where their parents are…