It’s hard to believe almost five years have passed since Bono had the world counting from 3 to 14, but alas, here we are in 2009 and so is he. A couple of weeks ago, we unveiled U2‘s new single, “Get On Your Boots”, for their upcoming twelfth record, No Line on the Horizon. Some comparisons were made to “Vertigo”, Achtung Baby, and even…Thom Yorke. 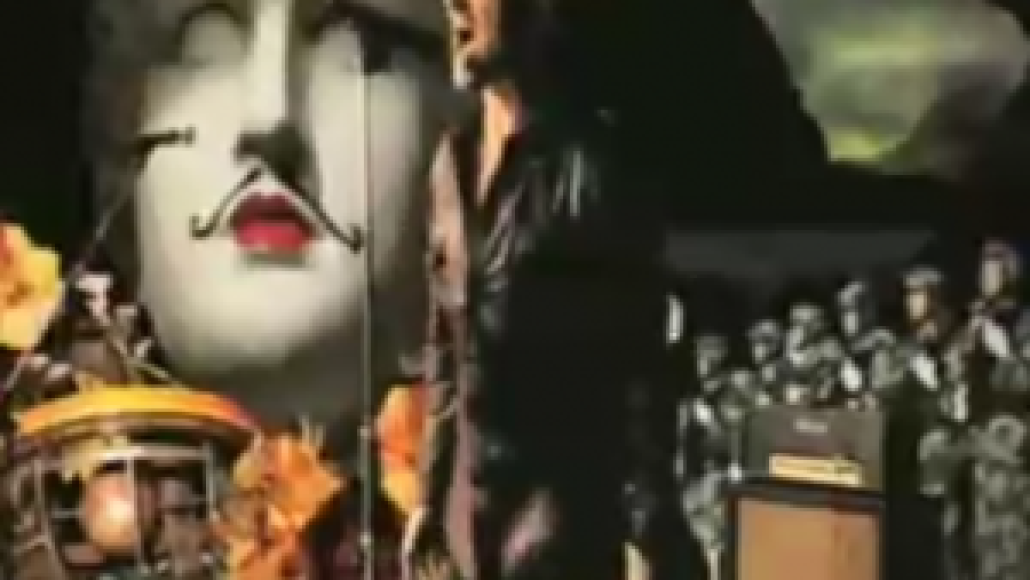 Whatever the case, there’s a lack of punch here. Maybe it’s because we’re not hearing the song on every iPod commercial for day’s on end a la 2004, but this single just doesn’t stick. It seems to float, rather than soar, and in a bad way. Nevertheless, the band is pushing ahead, and there’s a video to “boot.”

Oh, how I kid myself.

Directed by Alex Courtes, who worked with the band on “Vertigo”, the new video is a complete and utter mess. Performing in front of a blue screen, Bono and co move and shake like puppets, but that’s not all. Floating about them are scantily clad women, the American flag, missiles, lava, etc. If that weren’t enough, there are some dazzling effects like having Adam Clayton disappear and reappear. It’s like a really, really bad version of Michael Jackson’s video for “Leave Me Alone”. Only Jacko’s version has some fitting imagery and an actual song to get behind. If anything, this is a good example of a band who can pretty much do whatever they want, and still come out on top.

It’s okay, they’ll make up for it on tour, or with another reissue.