Rejoice! Sing! Run to the streets and draw blood! Everyone’s favorite Chicago act is back on the road, even if they never really left in the first place. In what will be their 83,019,238,1203th tour to date, Wilco is ready to take over the world again. This should come as no surprise, given Jeff Tweedy’s fair warning that they’d be 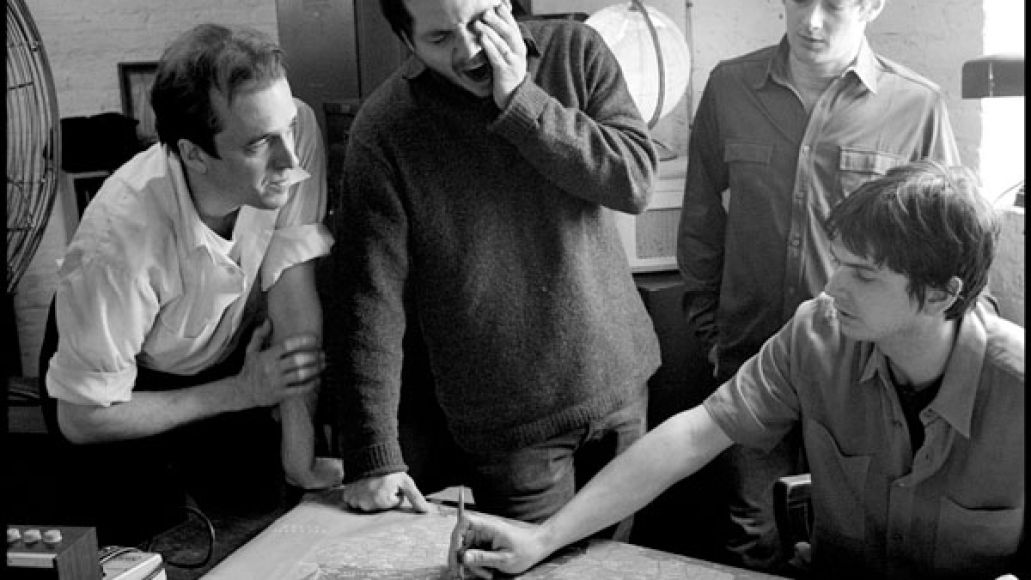 busy, ballsy, and busting down venue’s doors all summer long. The only difference is that this time they’ll need more than a van, as they’ll be heading overseas for some larger than life dates.

It’s kind of hard to imagine Tweedy crooning “Via Chicago” in exotic locales like Barcelona, Madrid, or Seville, but apparently the Spaniards love them some Wilco (who doesn’t?). Hopefully, it all doesn’t get lost in translation as they have some major priorities to attend to shortly after their European stint. While only Bonnaroo and 10,000 Lakes are confirmed at this point, the band’s bound to show up at just about every major US festival, and with a Chicago date oddly missing, one wonders what this means for Lollapalooza. Could they be a headliner…again? That would mark their third appearance at the fest, but given their hometown status, there shouldn’t be anyone complaining.

What’s more, this tour should probably lend to some killer bootlegs, especially since the sets are bound to be fleshed out with new material off their upcoming seventh record. That should be a relief. Not that we’re getting tired of the old material, but you can only rely on “Impossible Germany” for just so long. If what the band’s been saying is any indication (which, um, it should be), the new record will be absolutely fantabulous.

Anyone have a plane, boat or hot air balloon? If so, we’re going to Lisbon!

Wilco "springs" for a tour