Way back in November, the Yeah Yeah Yeahs told the world that they were working on a new album, explained that said album was going to be “different,” and revealed, courtesy of an in-the-studio photo that Karen-O wanted to be Minnie Mouse. Three months later, the album has taken on the name It’s Blitz! and the effort’s artwork and tracklist have been made available. 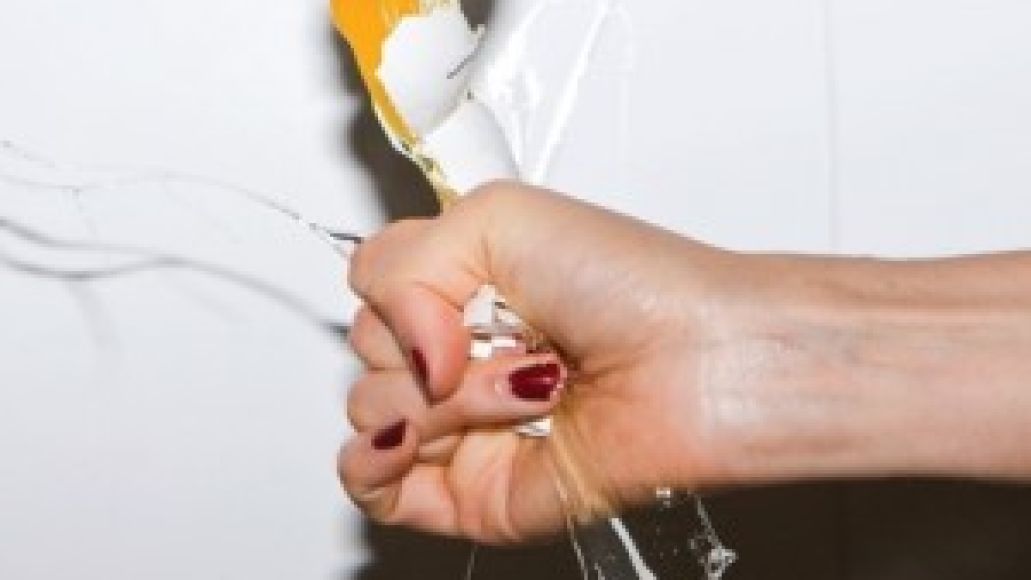 Messy enough for you? Hope so. Nothing like a still shot of an egg being smashed open to lure me in!  The album will see its release on April 14th via Interscope. But like always, there’s more!

With producers David Sitek of TV on the Radio (he helped produce the last 2) and Nick Launay (co-producer of last year’s EP), it would seem as if the band was doing everything the same, but alas this is not the case. The difference in sound on the album seems to be mostly accredited to guitarist Nick Zinner’s addition of loads of vintage synth. Additionally, guests will be present for the group’s third full-length. Among them are TVOTR’s Tunde Adebimpe doing some vox and Kyp Malone adding in some tambourine (apparently they couldn’t get somebody within the band to get the job done). Anyways, it should be one nice showing.

Unfortunately, we’re still without a U.S. tour, though considering the previously announced Coachella and Bonnaroo appearances, one is probably forthcoming, or confirmation – please! – that Karen-O will be shelling out the Minnie Mouse get-up once the band does hit the road

Yeah Yeah Yeahs crack open the details of It's Blitz!