Call it what you want, but the All Points West Music Festival is here to stay, at least for one more year. After bursting on to the scene with a lineup featuring two nights of Radiohead, Jack Johnson, Trey Anastasio, and over 40 other acts, the three-day music festival will return to Jersey City’s Liberty State Park later this year for its second go around. And upon first look at its recently unveiled 2009 lineup, some could certainly argue APW has avoided the dreaded sophomore slump.

Tool, Coldplay, Beastie Boys, and My Bloody Valentine headline the list of acts scheduled to descend on Liberty State Park from July 31-August 2, while Yeah Yeah Yeahs, Arctic Monkeys, Echo & The Bunnymen, the recently reunited Organized Konfusion, and Vampire Weekend make up some of the other highlights.

All in all, All Points West 2009 lineup looks something like this (scroll down for day-by-day lineup):

Tickets for All Points West ’09 will go on sale beginning Friday, April 3rd (12:00 p.m. EST) via Ticketmaster.com. Single day passes and layaway payment options will also be offered.  A portion of the event’s proceeds will benefit “Friends of Liberty State Park.” The Friends of Liberty State Park is an open space advocacy volunteer organization dedicated to the park’s future as a free, green and non-commercial, urban waterfront oasis. 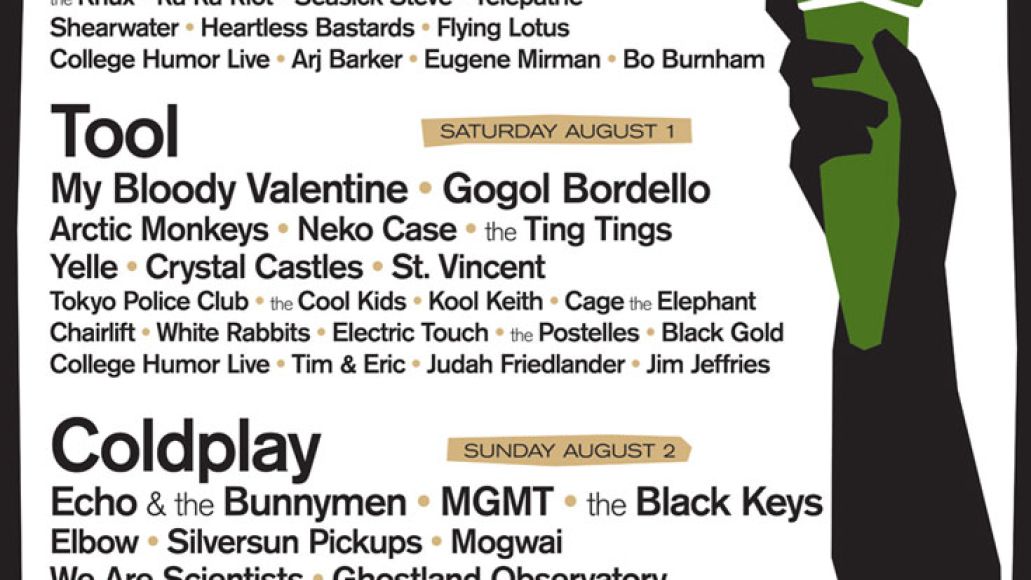 All Points West returns with '09 lineup