The band whose drummer Jess shares a brotherly genetic code with chaos incarnate Bam Margera is bringing new pain via the Camp Kill Yourself musical moniker CKY. Announced by Roadrunner Records, Carver City is the new album expecting release on May 19th, 2009. The fourth album in the CKY catalog, a band whose name is derived from the CKY video series (think Jackass by Bam), is not only next in line four years after An Answer Can Be Found but it also continues in line with story connections based in Hellview (mentioned previously on CKY breakout recording Infiltrate.Destroy.Rebuild).

As most who follow the antics of the Margera clan know, CKY has songs tied into almost every project Bam gets his hands on in the name of fun and probably helpful promotion of talent within the family. The most notable of these are Unholy Union and Viva La Bam, not to mention Bam’s tenor with Jackass alum Steve-O and Johnny Knoxville. So, it can be expected that the modern day MTV generation will fall over flat upon news of Carver City’s arrival right?

All that is known thus far is a cover and a release date, for no tracks have been named. What can be said is that judging by said artwork we are all in for a bumpy ride – a ride quite possibly taken in one giant grocery cart with Evil Knievel’s midget stunt double.

Believe me when I say that this is a compliment. 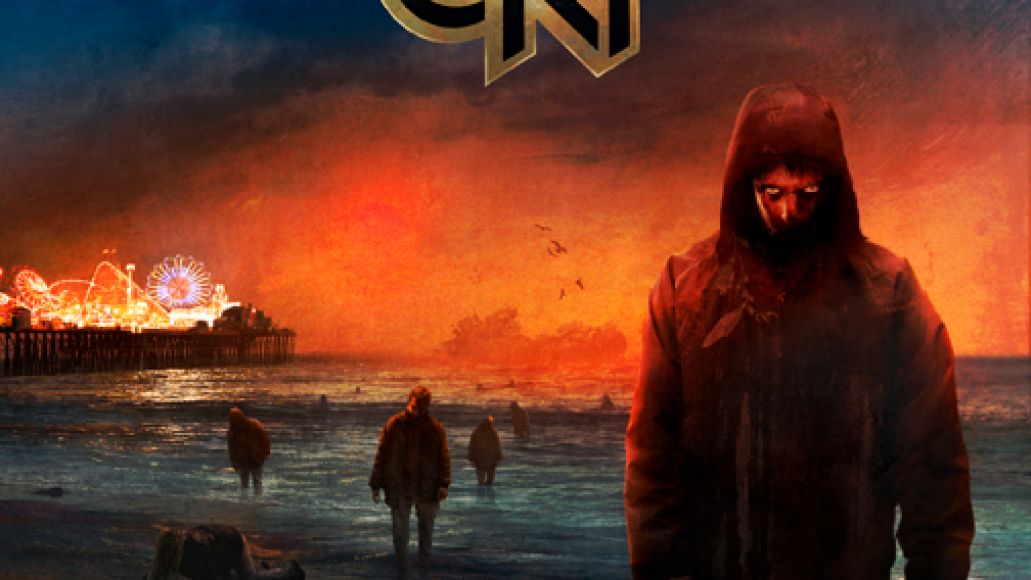