Having already locked up in early nomination for 2009’s album title that leaves you most scratching your head, the boys of Deer Tick currently find thesmelves putting the final touches on both Born on Flag Day and the band’s subsequent U.S. tour. The former is in the form of the album’s recently revealed watercolory artwork and tracklist, while the latter sees the the band teaming up with  Jenny Lewis on her upcoming North American swing. Not bad for a group that only used its its sophomore effort to reflect a “natural evolution from a singular vision of one songwriter to something much greater.” I mean, it’s not like that’s hard or anything…

And as if that wasn’t enough, Deer Tick is also apparently a favorite of NBC’s Brian Williams. Go figure… 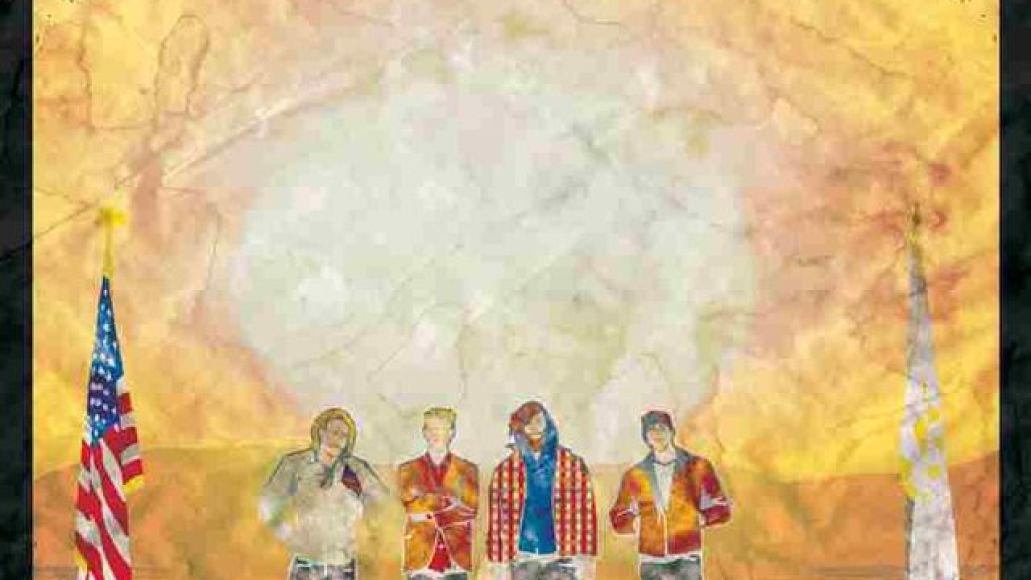