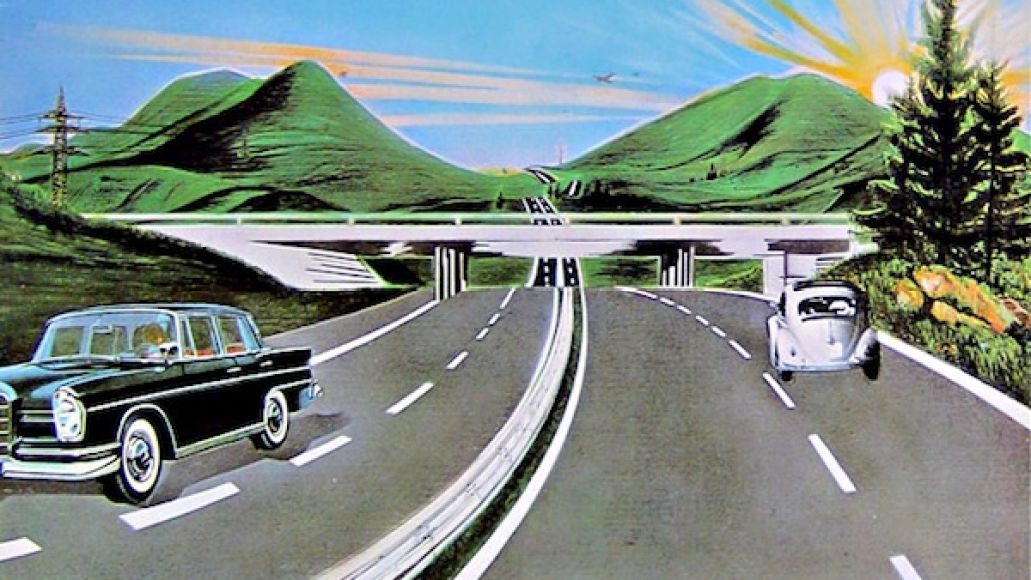 I have to admit I’m not much for celebrating anniversaries. You may practice increasingly nostalgic acts of commemoration every tenth year and I’ll be humble enough to join without complaints (Air’s Moon Safari last year, anyone?). But I draw the line at 5th and 25th anniversaries. Then you might as well celebrate your 6th and 25½th for all I care.

No matter how odd and unfair it seems, I feel dizzy from mixed horror, awe and bewildering euphoria when I realize Kraftwerk’s Autobahn celebrate its 35th anniversary. 35th? That’s ridiculous! That’s twice my age! To those who were there and remember when the album was released in 1974, feel very old! There’s an unequaled comfort in this, though. If you still enjoy it just as much as I do today: feel very hip!

Yep, there’s nothing hipper in alternative, indie, hipster circles these days than to embrace what’s conceptual, sincere, authentic, and granting someone a cultural identity. Kraftwerk may not be the first act you think of when it comes to this, but the German quartet anno 1974 sure should fit into that narrow model. Especially since Autobahn is just as listenable and enjoyable today as it was 35 years ago. It’s a required listen for those who think that Kraftwerk has always been merely all about robots and standing like statues behind laptops when playing live.

“Autobahn” was revolutionary when it came out. The nearly 23 minute original piece was an astonishing epic that was uncompromising in its style. Putting out such a determined and focused conceptualism without giving up on what’s authentic and humanely heartfelt has been unheard of until this date. Never has the word masterpiece come out so natural from my itching fingers through the keyboard. Kraftwerk was one of the first bands to extensively utilize electronic instruments when recording their music. On “Autobahn”, they took all of these synthetic electronic sounds and turned them into a swooning romantic anthem dedicated to one of Germany’s strongest national symbols: the Autobahn.

Within one single side (the title track does actually take up the whole A-side) of an LP, Kraftwerk set the foundation for synthpop in their wonderful melodic structure and style, for electro-funk in their vague beats and rhythmic patterns and for the future ambient music through the starting point of all their music, which is the musique-concrÃ¨te influenced krautrock. 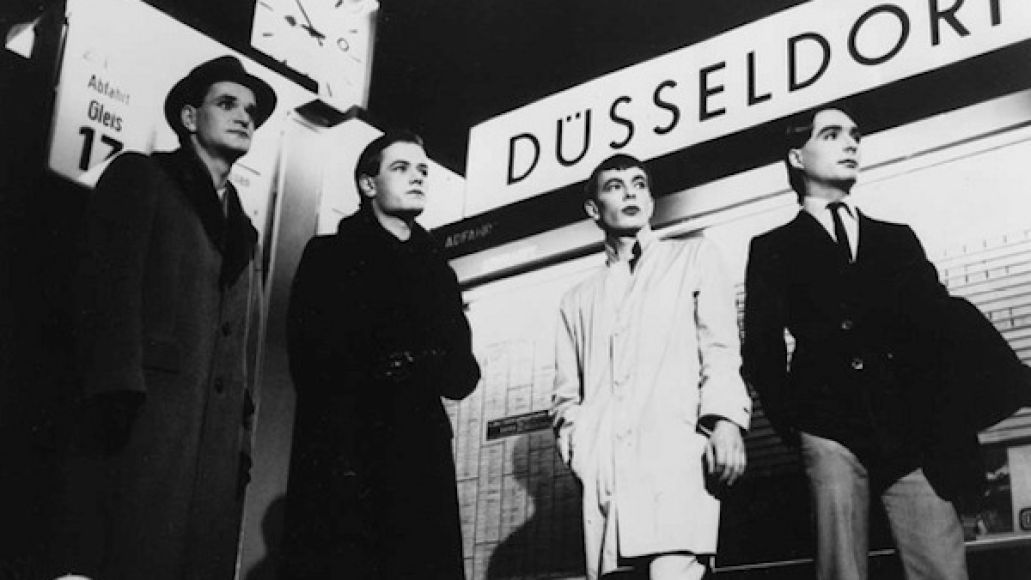 Kraftwerk, with Ralf HÃ¼tter and Florian Schneider in the front, had prior to Autobahn released three albums of instrumental krautrock, each one all worthy a listen as they can be seen as the path of progress that ultimately culminated in this album. Autobahn marked a change in Kraftwerk’s sound and is a clear turning-point where their influence, credibility with the music critics and commercial success increased. Also, their future albums would no longer be accredited as krautrock albums and the four other tracks on the album sees them take their last steps in Germany’s own brand of experimental post-rock.

With “Kometenmelodie 1” and “Mitternacht”, Kraftwerk achieved the same insatiably spaced out effect 35 years ago that many artists today over and over again seeks to revive in their ambient interludes and simplistic sound installments today. “Kometenmelodie 2”, however, is an even more daring, but much more accessible piece. To match those high-pitched gossamer synths with a joyful, down-to-earth electro-acoustic jam still sounds as bold but perhaps not as modern as it did when it was released. It comes across as the sweetly triumphant ending credits song of a classic old superhero movie and perhaps as a predecessor of trance music at the same time.

The top instruments once used by musicians I will miss most on my deathbed are Hendrix’s Fender Stratocaster, Jean-Michel Jarre’s set of synthesizers, Louis Armstrong’s trumpet, BjÃ¶rk’s voice… and Florian Schneider’s flute. It will not appear in Kraftwerk’s later works, but the closer “Morgenspaziergang” (Morning Walk) leaves the listener on a glad note of safety and that all is well after the bleeps (!) of the birds, the gushing water and Schneider’s beloved flute playing has faded out.

So even though 35 years has gone it doesn’t necessarily sound like it. Sure, it sounds lo-fi in a way that today’s music can’t imitate. But Autobahn, with its thematic thinking, everlasting innovation and classical approach to production, makes perfect sense as an entirety today as it did to music aficionados in 1974. It gives me, and many more, reason to return to look at the fantastic cover art (one of the best ones ever made) created by Emil Schult. It’s colourful, clean and charmingly pop-arty in a way that Warhol would’ve acknowledged. Yet it doesn’t lack love and compassion in the way that the idea of the picture was realized, making it perfect to rest your eyes upon while once again riding with the music. I guess the Germans never stopped dreaming and romanticizing about the Autobahn as a metaphor on the journey of life itself. Neither did I.