It’s hard to believe that Bob Dylan turns sixty-eight this year. He may look it, what with his fading features and froggy voice, but lately he’s got the rhythm, writing skills, and touring schedule of a life-hungry thirty-year old. Things have certainly changed though for the Pulitzer prize winning songwriter. For one, who thought he’d be headlining summer festivals this late in his career? Or serenading Scarlett Johansson? Or releasing his thirty-third studio album?

Probably a lot of people, actually.

Fortunately for us, Dylan’s not only about reinvention, he’s about surprises and this year there’s aplenty. As we reported earlier this month, Dylan’s back with a new record, one that’s promising to take the ol’ man down a new road. Titled Together Through Life, the follow up to 2006’s Modern Times is set for release on April 28th, and while that may be a few weeks from now, information is leaking out in the gallons. In a Q&A posted on his website, Dylan rattled off on the new direction in his now sprawling, endless, award-winning career: 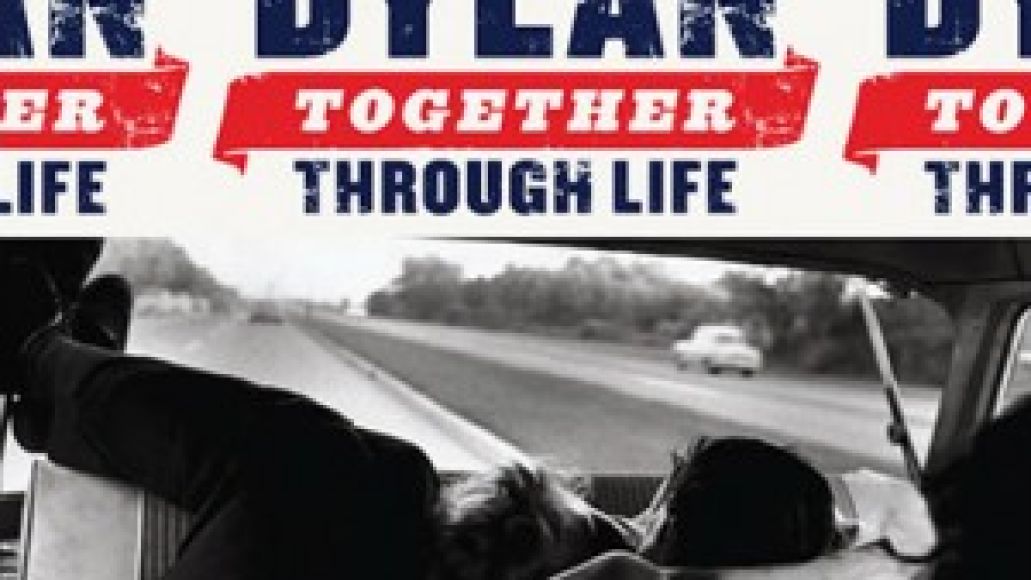 “There didn’t seem to be any general consensus among my listeners. Some people preferred my first period songs. Some, the second. Some, the Christian period. Some, the post Colombian. Some, the Pre-Raphaelite. Some people prefer my songs from the nineties. I see that my audience now doesn’t particular care what period the songs are from. They feel style and substance in a more visceral way and let it go at that. Images don’t hang anybody up. Like if there’s an astrologer with a criminal record in one of my songs it’s not going to make anybody wonder if the human race is doomed. Images are taken at face value and it kind of freed me up.”

The idea for the new record came about when Dylan was asked to pen “Life is Hard” for My Own Love Song, an upcoming drama starring Renee Zellweger and Forest Whittaker and helmed by French director Oliver Dahan. Following his work the film, Dylan claims, “the record sort of took its own direction.” That might explain how songs “Beyond Here Lies Nothing,” “If I Ever Go To Houston” and “It’s All Good” came to fruition.

As for what sort of “direction” to expect, Rolling Stone‘s David Fricke had an early listen to some of the tunes and came to the conclusion that Together Through Life has “the live-in-the-studio feel of Dylan’s last two studio records, 2001’s Love and Theft and 2006’s Modern Times, but with a seductive border-cafe feel.” Considering Dylan’s last two records have been exceptional, Life should follow suit.

While Together Through Life is the songwriter’s thirty-third studio album, it’s also his forty-sixth release. Not too shabby for a guy who was once booed and slammed for trying to be different. Let that be a lesson to you, folks.

Dylan's got life Together