There is something to be said about jazz fusion in the realm of independent music, chiefly that it seems to be grabbing more and more of a foothold. The jazz part of the fusion goes hand in hand with progressive music by way of groups like Charts and Maps, a modern prog band from Los Angeles.

Charts and Map’s five-piece arrangement has just released an EP titled Enemies of C. Frias, which can be freely downloaded here, thanks to the fine people at Internet Archive. Song lengths are weighted by 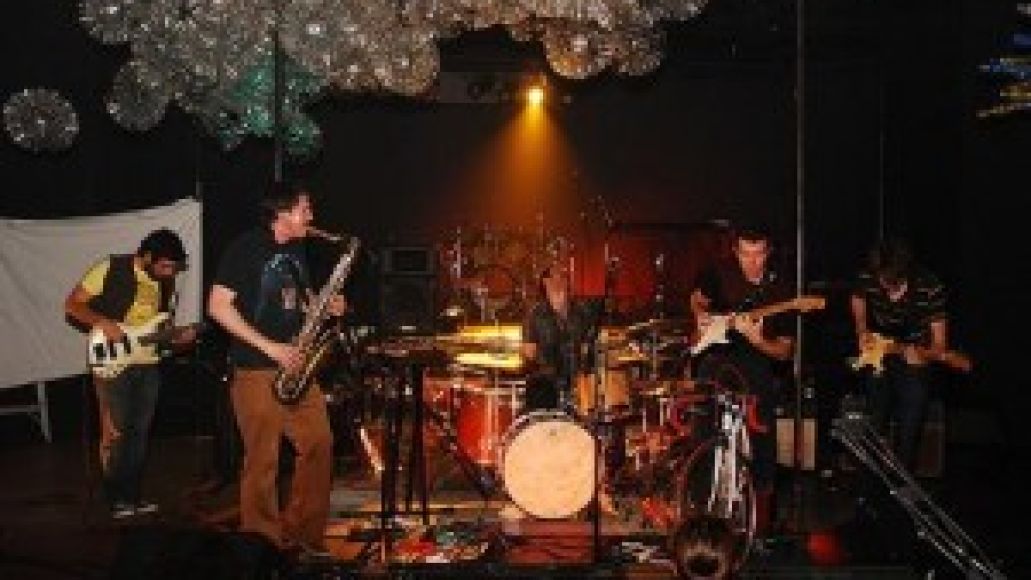 constant audio imagery, and by this route, they show signs of unrestrained song structure, a keen ear for  new aesthetic, and an unabashed ability to throw a looping curve ball in the form of a key change or time signature switch” according to the download website.

With the whimsical nature of “Pearl Divers” or the blues and prog ambiance of “The Sheriff Suspects Arson”, there is literally no end to the conceptual atmospheres produced by Charts and Maps. Currently signed to Heard Of Elephants, this group has a dynamic seldom seen in today’s shortchanged indie scene. There is no aura of redundant or generic qualities surrounding this act, no feeling that Charts and Maps aspires to faux acts of rebellion by sacrificing originality to sound like everyone else in their hipster-praised genre.

By way of the album, Enemies of C. Frias, the only comparisons I could draw were Choral by Mountains with its similarly structured textures, or nearly anything in the Mogwai catalog. This is not to say these bands are all identical, but with Charts and Maps you get the sense they were definitely inspired by the instrumentals of the above named artists, however, Charts and Maps opt for more organic sounds, as opposed to electric distortion or aural synth.

We totally suggest downloading this album and sitting next to the fire with a cup of coffee (yes, even blasphemous Starbucks sympathizers), you will not be disappointed.

Check Out:
The Sheriff Suspects Arson