Somewhere between the epic battles in the dead of night and the peaceful resolution of the day’s new dawn lie Eugene, Oregon’s childish indie rock duo Muke. With a handful of candy and an iBook, the University of Oregon duo have taken a different, almost organic approach to writing their music. Consisting of multi-layered music scapes and odes to childhood items, Muke seemingly make use of its limited resources and happen to transform them into so much more. The band includes Luke Kuzava on guitar & beatbox and Madeline Liebowitz on lead vocals and other assorted instruments.

At first it seems impossible from first listen that only two people concocted such sounds on nothing but an iBook and a laptop. These technological advancements these days can do incredible wonders, and in Muke’s case, the tunes are rather impressive coming from just a laptop microphone. Cutting their teeth on their first 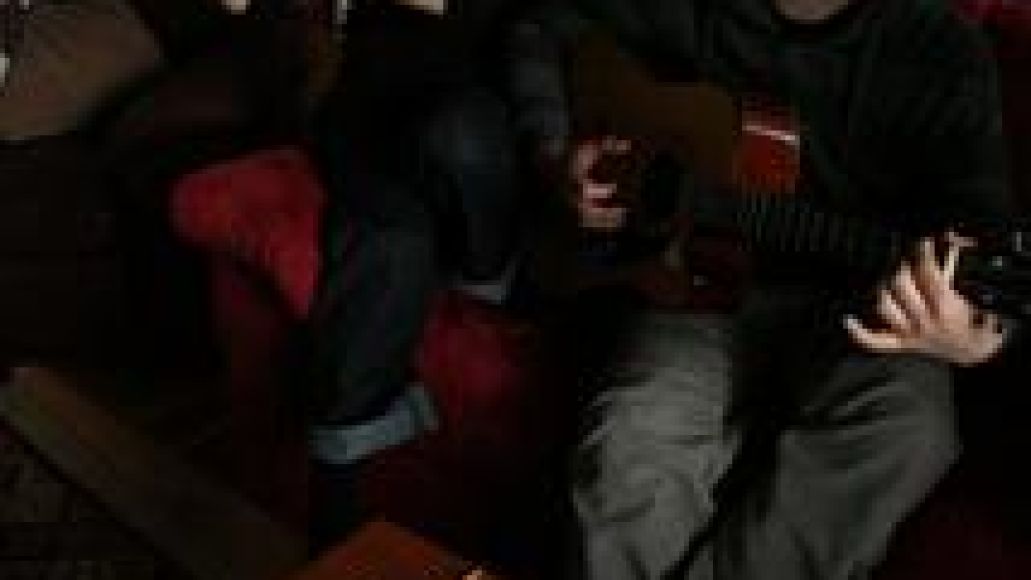 album, 2008’s Shutterspeed Lullabies, Muke tend to criss-cross different sounds ranging from thumping subtle basslines, Liebowitz’s impressive vocal ranges, gears, clicks, guitars, organs, and whatever is left over to patter out in the kitchen pantry. This is evident in their songs “Dreamsicle”, “Clockwork”, “Electric Skyline” and the eagerly happy “Hamburger Waltz”.

Citing both Sigur Ros and the Cocteau Twins as primary influences, there’s no denial that Muke’s soundscapes are influenced right from Reykjavik and Grangemouth themselves. Liebowitz’s vocals stretch immense musical miles over Kuzava’s musical arrangements. As a result of the final product, Muke blaze a path not many indie rock bands do these days as well as clock an enjoyable album in under forty minutes.

The future looks bright for this musical Oregon duo. Pizza parties for everyone right? You bet!