If you were to ask my father why he married my mom, he would tell you that it was because of her record collection. The more I dig into it, the more I find just how true that statement is. While any shared passion can fuel a relationship, there is something about music, especially playing it, that is even more gravitating. This bond is exactly where the story of Sweden’s The Tiny begins.

“We (Ellekari Larsson and Leo Svensson) met in 2003 through a mutual friend who said, ‘you two should try and play together…’ We ended up falling in love before we got to playing. Ellekari (vox and piano) was involved with a few bands, wrote songs and did recording sessions at the time. Among other things she played organ with Peter Bjorn and John on tour. She also sang with her father’s big band during the summers.”

Leo Syensson, the band’s cellist, had, in his words, “left classical music” at that time by dropping out of the Danish Royal Music Academy. He moved to Stockholm to play with his “experimental free-form” trio Gul3. From there, the relationship and music took off as Larsson explains.“We moved in together after dating about 3 weeks, but it took us about half a year before we dared playing together. We started out by improvising, and then we played songs I had laying around, before we ‘wrote’ songs together. ‘Second Time Around’ and ‘No Money’ on our debut LP Close Enough were the first songs we made together.” 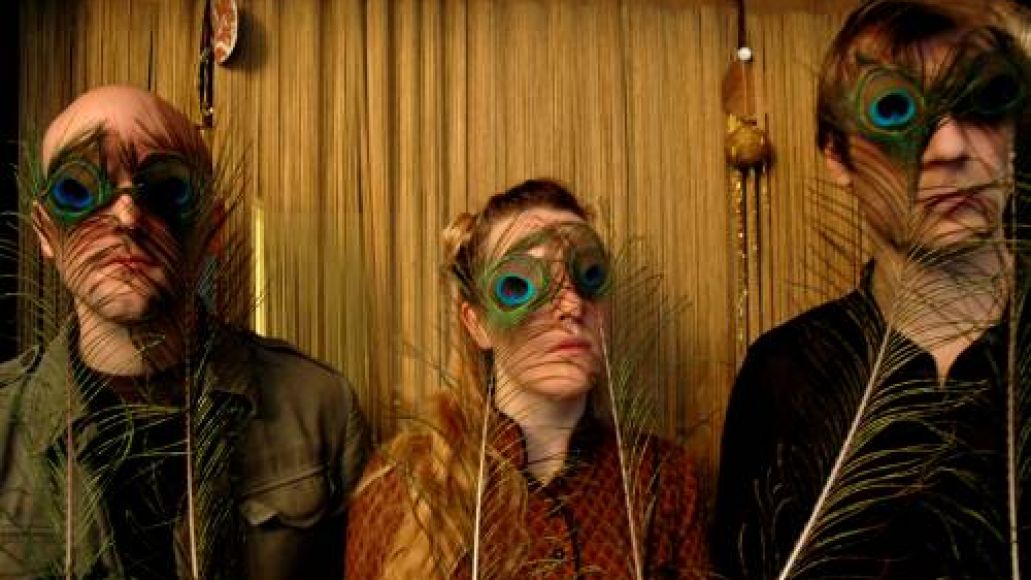 In 2004, the couple started their own label (DetErMine) with musician Ane Brun. The Tiny has released two records in the states, and up until recently, have been exhaustively touring around Europe while recording in between shows with other musicians including Ed Harcourt. With all the touring, and two self-recorded albums under their belt, things got understandably stressful. It nearly broke them (the band, not the relationship) up, but after some much deserved time off, they built a studio in the basement of their apartment building, and started writing again.

The music that has been written since represents the clean start that they needed. It was time for a new record that would reflect their minimalist and deeply personal style with a continuation of the dramatic, almost cinematic, expressions. “We wanted this record to be fatter and richer and with more punch, but in a pithy way, than the last album. We wanted it to be close, warm and acoustic.” Larsson goes on to explain her writing technique as well, “I always tend to see pictures when writing, each song is a movie in my head. So it comes naturally to me, I guess. These ‘movies’ are a mix between reality and fantasy, sorrows and dreams. It helps me work through life and sort my head out.”

Her words are impossible not to get pulled into. Deep and tragic, some of the stories can be heartbreaking as on “Last Weekend”. But things are not entirely documentary: “Each song is always written from an extreme perspective, the ‘movie’ is more important than illustrating real life events (whatever that means, there are a lot of truths in the world) but real life sure inspires.”

Truth or not, her lyrics are haunting and only add to one of the most intriguing sounds of the past few years. They said it themselves, pithy really is the best word to describe the new songs they have created. It is the kind of music that requires a late night, a good set of headphones, and a deep breath.