Local bands are a dime a dozen. They can be found each night filling semi-filled clubs with their largely forgettable tunes, and plugging their middling existence on Facebook and Myspace. The Fake Fictions played Chicago’s own The Whistler on Thursday night and proved their worth as a local band ahead of the inconsequential herd.

The setting was intimate, and the urgency propelling each of their ratatat-catchy catalogue was eagerly gobbled up by each of the patrons whose presence filled the standing-room only venue. Their MySpace page hilariously contains the title, “The best band that nobody gives a shit about,” and all kidding aside, this is probably true. After seeing them in a live setting, you’d be hard-pressed to find a viable reason why. Sarah and Nick Ammerman have every reason to be one of Chicago’s most talked about indie bands. Their set is laden with surging 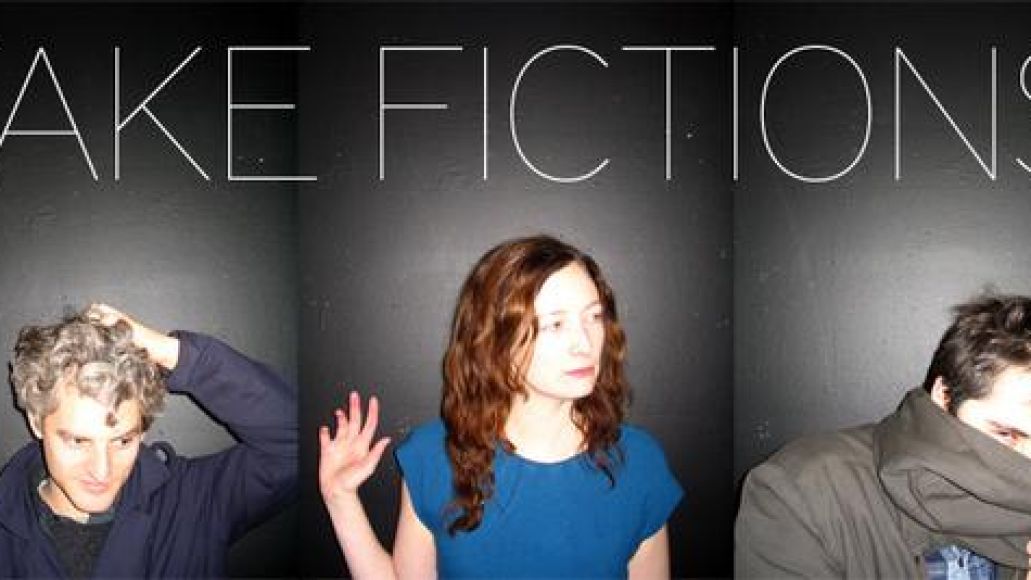 tunes that remind us why we miss The Pixies of old so very much. Each song is an intricate ode to the true essence of rock n’ roll. A slew of indifferent lyrics that pose puzzling questions about various inconsequentials provide a steady allotment of icing to an already loaded cake.

An appropriately brief set extinguished any doubt that The Fake Fictions are themselves a fable. They are for real in every utterly impressive sense of the word. There are no holes in their set list. No filler. All killer. It’s astonishing that their resume isn’t laden with a gamete of larger venues. The Whistler is a nice enough place for new bands, but these kids are more deserving of a slot at The Empty Bottle or Schubas than the venue they played at on Thursday.

Of the Ammerman’s, Nick is certainly the most energetic. With boyishly handsome looks, and an affinity for letting his excitement erupt in violent slashes at his guitar, and small leaps of fury, he is the animal that gives The Fiction’s their visual flare. Sarah has a towering calm presence, though her bass-work is to the contrary: a feverish backbone to each song, and she sort of embodies a Meg Whitish presence on stage. She doesn’t look too excited, but her passion for the music erupts in a charming array of musical spurts.

Do yourself a favor. Find out when and where The Fake Fictions are playing next, and get there. It’s a sight to see. These few know how to keep it real.