After a three night stint in Hampton, Virginia last week, the boys in Phish have come out swinging and ready to impress — unlike their farewell shows at The Coventry in 2004. However, a negative review for the Hamptons shows is hard to come by, so an educated guess would have this upcoming tour pegged as something unbelievable. Here’s what Rolling Stone had to say about the show…

They kicked things off with some of their most compositionally complex tunes, from the knotted prog-funk of ‘Fluffhead’ to ‘Divided Sky,’ where the group’s quiet, mellifluous interplay of guitar, drums, bass and keys suggests they’re as well-oiled of a machine as they’ve ever been

Trey Anastasio, Mike Gordon, Jon Fishman, and Page McConnell must have enjoyed themselves too because following that performance, they announced an additional twelve dates for their summer outing that kicks off June 4th in New York. After a thirteen year absence from Colorado’s legendary Red Rocks Amphitheatre, 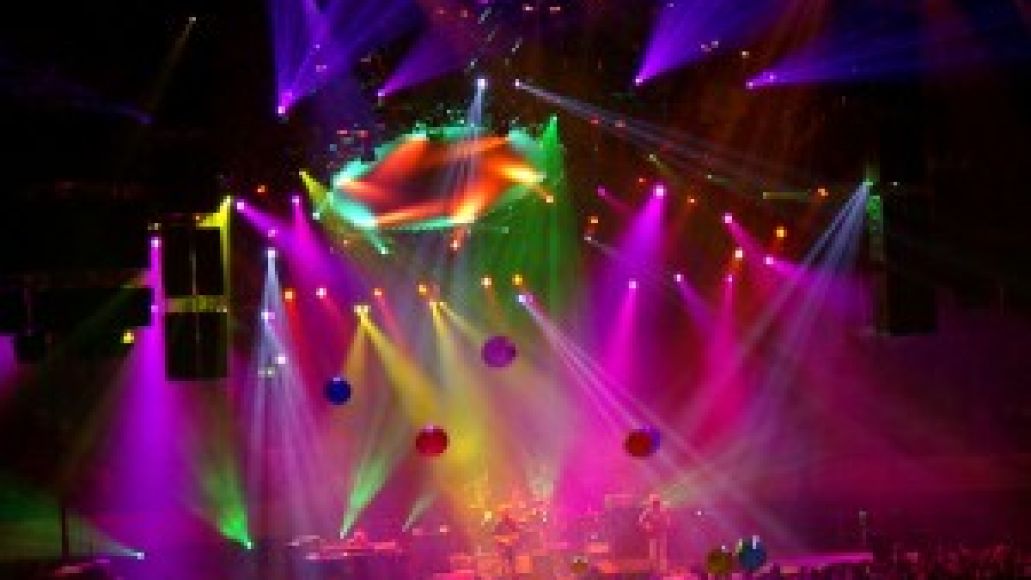 the foursome has planned four consecutive nights at the venue which should be a highlight of the tour.

After the Colorado dates, they head out to the West Coast for a few nights before heading back to the East with a quick stop in Chicago along the way. While it’s not the extensive tour that some Phish fans were hoping for, there are plenty of dates across the U.S. and at least one of them has to be within road-tripping distance.

Tickets are currently on sale through Phish’s website using their ticket request system and they will be released to the general public starting March 26th. If you’re planning to make one of the dates, buy your tickets as soon as possible because the first set of dates (excluding Bonnaroo) have already sold out.