Update: According to the fine folks over at Hidden Track, while it still remains to be seen whether Phish will have its own festival this summer, it appears the rumors below are no more than the result of an elaborate message board hoax. More as it comes…

Just when you thought Phish‘s upcoming summer-reunion-tour-of-epic-Bonnaroo-featuring-proportions couldn’t get any better (see: last week’s new dates), comes news that the best may be yet to come. Thanks to some fine due diligence, stellar Google Earth skills, and a couple phone calls by The Butter Room, it’s now could be time to get excited for…brace yourself…a summer end Phish shindig in the form of a late September music festival in Georgetown, Texas.

The Butter Room points to the cryptic flash animation and accompanying photo on the Phish ticketing website as the basis of the evidence. The image, which features a very green farming area, is reportedly the 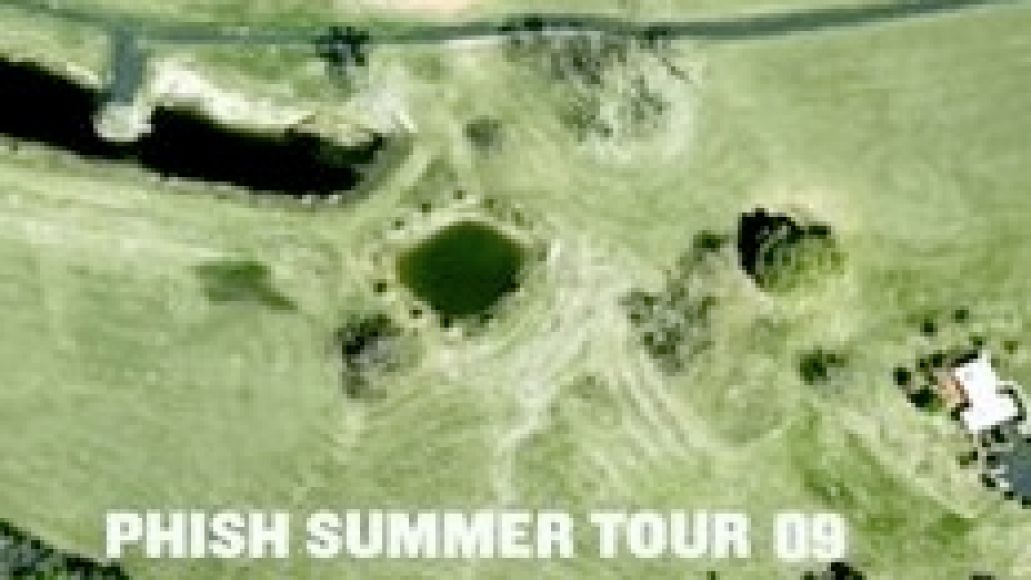 location of a small, family owned farm in Georgetown, Texas outside of Austin. We’ll let The Butter Room take it from here…

Calls to Georgetown’s Public Information Office did not verify that Phish will be throwing a festival, but do indicate that a touring band with a substantial following has indicated interest in using the location for a festival in late September. While it certainly is far from confirmed that Phish is playing a season-ending festival, there’s no doubt that the band has always had a playful, humorous nature with their fans when it comes to revealing tour information.

If all this proves to be true, the event would mark the the first Phish festival since Coventry in 2004, which the band recently admitted to the New York Times was “sub par.”

And if this rumor isn’t enough to get Phishnatics all excited inside, there is also speculation that the band will kick of its upcoming summer tour with a performance at Boston’s Fenway Park on May 31st. According to the Boston Globe, “Neither Live Nation nor the band’s rep would confirm” the news. They didn’t deny it either.

Phish gets in on the summer festival fun...and no, we aren't talking about Bonnaroo?