With the release of U2‘s new album, No Line on the Horizon, officially due out in less than 24 hours, Bono and crew currently find themselves in full-fledged publicity mode, splitting their time between interviews, secret performances, Letterman appearances, and fighting for lower ticket prices for their upcoming world tour. No wonder Bono doesn’t have time to offer his opinion on the download debate, right?

Right. In fact, we’re even a little overwhelmed by all the current goings on. So, let’s try to boil everything down with one nice, little summary.

The biggest news on the U2 front for Monday, March 2, 2009 appears to be the comments made by the band in a recent interview with the New York Times that another new album will be released before the end of the year. And while details remain sketchy, U2 did confirm that the the yet-to-be-titled effort, described as exhibiting a “more meditative and processional tone,” will serve as a companion album to No Line on the Horizon.

Of course, all this comes on the heels of what appear to be slew of “secret shows” rumored to be taking place over the next week, the first of which, as we mentioned last week, looks to be a performance at Fordham University that will coincide with the Irish outfit’s scheduled appearance on Good Morning America 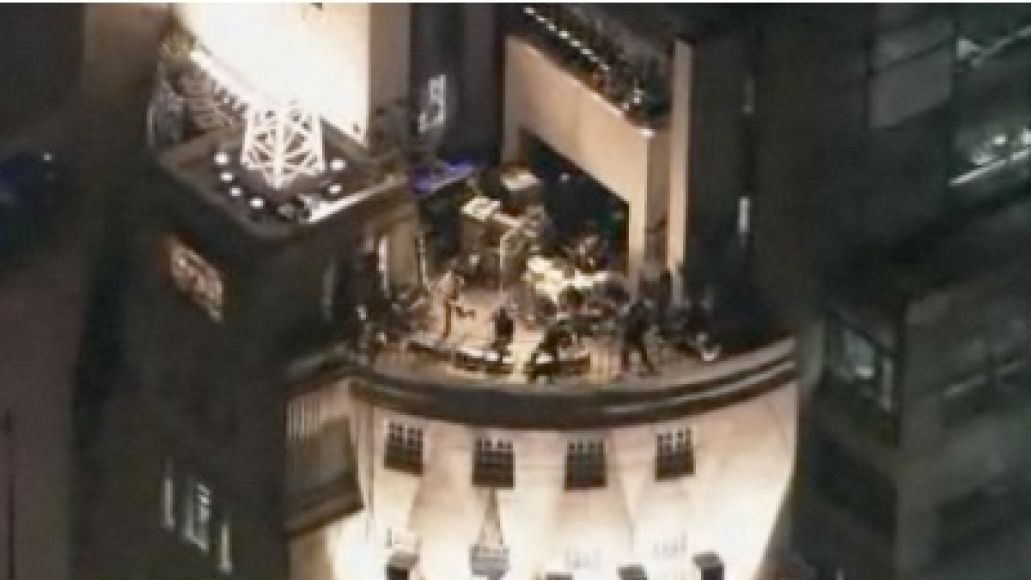 this Friday. It also appears Boston will be getting a “secret” show of sorts on March 11th; though you’ll probably have to win tickets to gain entrance into that one…

…but just because you aren’t a Fordham student or avid radio listener doesn’t mean you won’t be seeing U2 anytime soon. In fact, on March 9th, the band will officially unveil dates for their upcoming summer tour. And get this, if you believe Bono, you won’t be breaking your piggy bank to score some tickets. Per the BBC:

Jo Whiley quizzed the U2 frontman on the band’s plans for touring and he revealed they had something new in mind.

He said: “We’ve got something very special planned, something we’ve been working on for many years, a whole way of trying to do shows outdoors and make them very intimate.

Quite the boat of info, eh? How about we finish this thing off with something a bit less taxing on your brain? Like video of U2’s “impromptu” rooftop gig in London last Friday…

“Get On Your Boots”

Am I the only one who thought Bono was standing a bit too close to the edge? Check out the rest of the rooftop videos at the u2chanel.