In reality, U2‘s appearance at Fordham University early Friday Morning was nothing more than the band’s latest marketing ploy. In a week that featured a stint on Letterman, rooftop gigs, interviews, and even the christening of U2 Way – New York City Mayor Michael Bloomberg temporarily renamed part of West 53rd Street in Midtown Manhattan in celebration of the band’s achievements – the band’s descent onto the Bronx campus was just the latest publicity stunt in support of its brand new album, No Line On The Horizon. Yet despite the frigid temperatures, early morning wake up call, and the fact that, by the end of the whole shindig, U2 performed just 25 minutes of actual music, those 25 minutes made for a lifetime of memories.

To be fair, the only reason Bono, The Edge, Adam Clayton, and Larry Mullen, Jr. performed at Fordham University’s Rose Hill Campus in the first place was because Good Morning America needed a spot where they wouldn’t have to worry about a herd of overly obsessed fans mobbing the stage/creating chaos in Midtown Manhattan. Fordham University offered an appealing alternative; a secluded, closed campus where the most noteworthy event in recent years was the band Yellowcard threatening to sue after having an apple thrown at them during a “Spring Weekend” performance. So, at some point last week, someone from Good Morning America called someone at Fordham with a chance of the lifetime – to serve as host for U2’s upcoming appearance on the ABC morning program.

By last Friday, the rumors began a-flying. By Monday, the campus was a-buzzing. By Wednesday, a crew of 100 men and women were a working, converting the steps of Fordham’s Keating Hall into a full-fledged performance area. And by Friday morning at 8:00 a.m., Fordham was a-rockin’…to one of music’s best acts. 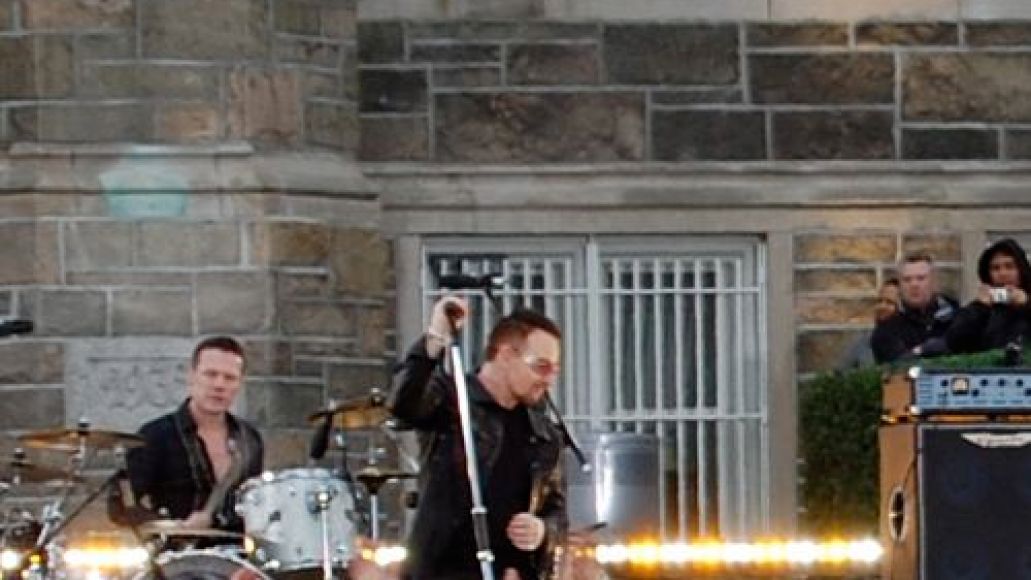 In many ways, it’s a surreal performance. The band appearing from closed doors amidst the cheers of 4,000 college students, faculty members, and the fortunate few U2fanatics who somehow managed to sneak on campus overnight. Bono introducing his “small band called U2” with the same youthful energy that first caught our attention way back when on Boy and has yet to let go since. The familiar rifts of set opener “Get On Your Boots” waking up the entire campus in one furious moment. It was too perfect.

Renditions of “Magnificent” and “I’ll Go Crazy” follow, and reality finally begins to set in! U2, yes U2, is a mere 50 feet away!

A short break for commercials and an interview with Robin Roberts later, U2 heads back on the stage, kicking off what will be another 12 minutes of music, and much like the first half of the performance, the latter is equally pleasing. The band kicks into “Beautiful Day” before segueing into No Line’s strongest track, “Breathe”. Five songs in, what else could one ask for? “Vertigo”, maybe? You got it!

Six songs later, Good Morning America is over, and thus, U2’s set is over. Any hope that the band would give Fordham a private performance are dashed upon Bono giving a wave of good bye. Yes, there are groans, even boos, but it was not out of displeasure or anger. In this case, it’s out of respect – the nearly 4,000 onlookers are in a state of daze, or at least awe. We had just witnessed one of music’s greatest bands performing some of music’s great songs. Sure, it was a publicity stunt. Sure, it would never have happened if someone from Good Morning America hadn’t called someone at Fordham. Sure, it was just 25 minutes of performance time, a mere 10% of what the audience would get at a normal U2 concert. But in the end, it felt like something more – a performance that was not only intimate, but also ours. And in the end, life can’t get much better than that. 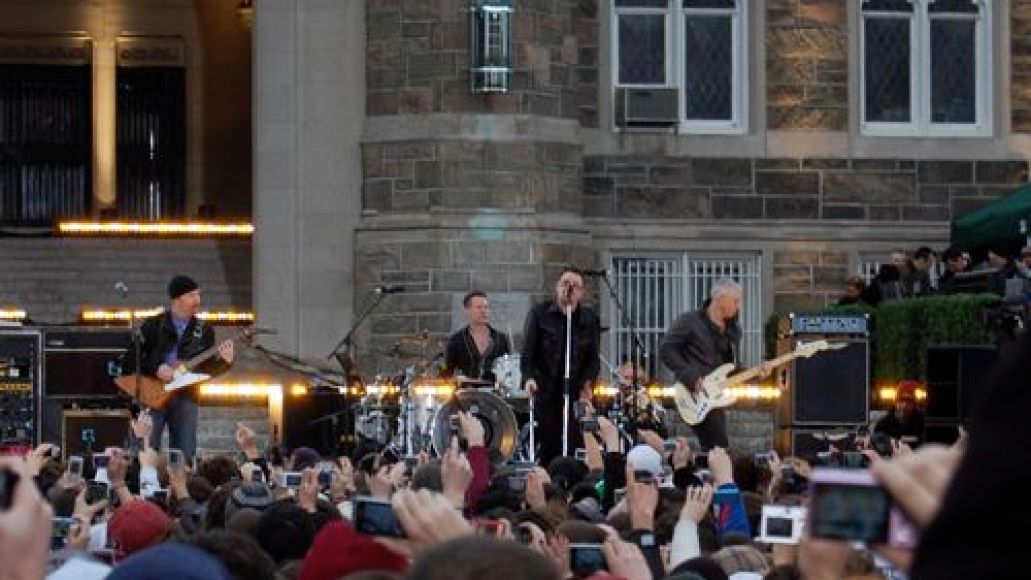 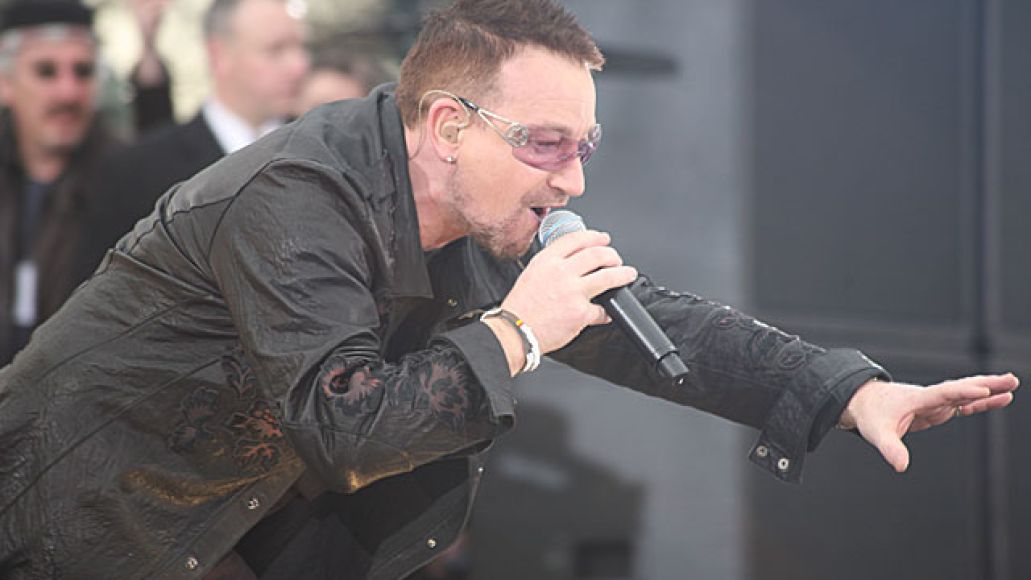 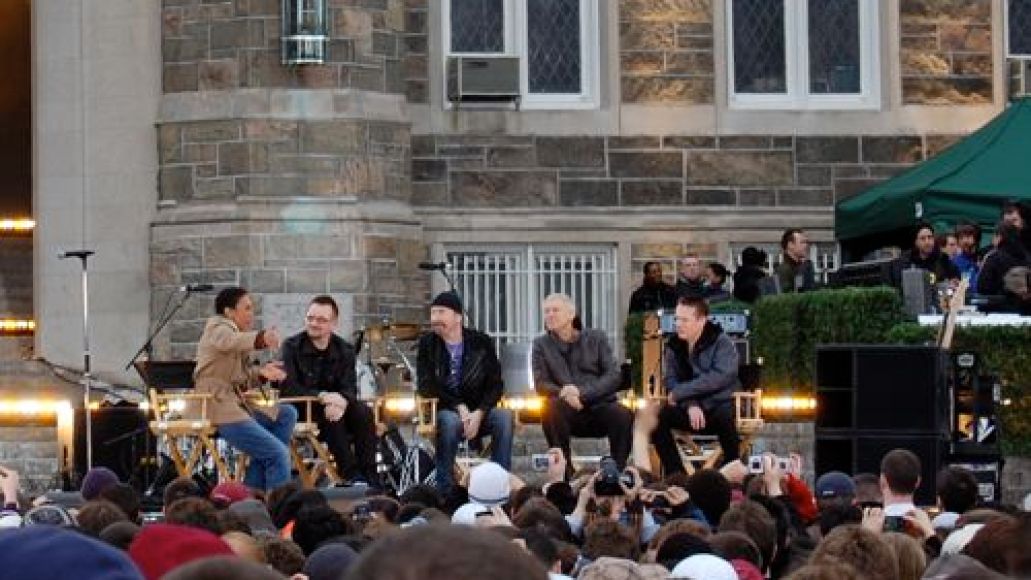 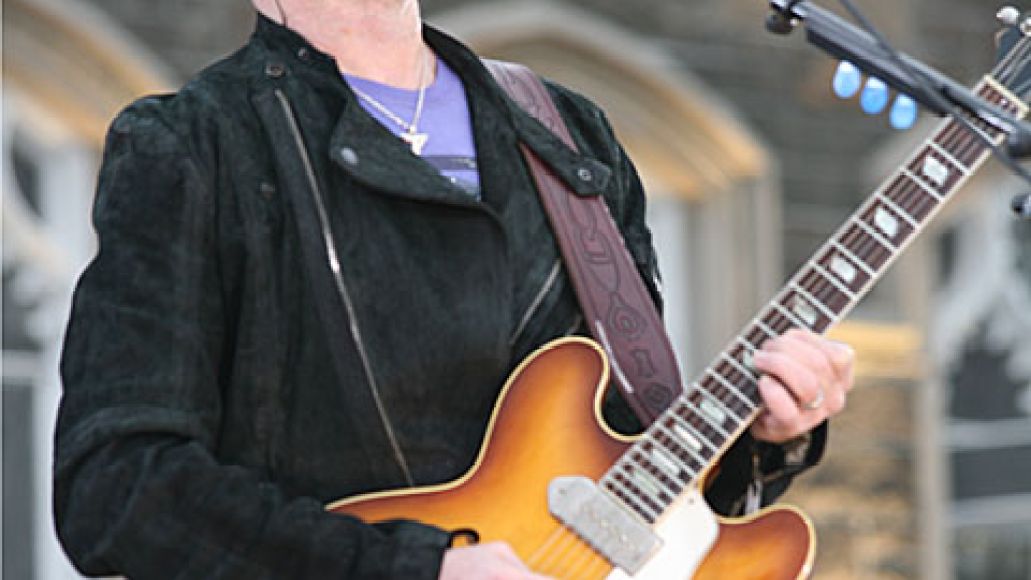