As we all know, Consequence of Sound has brought to the table a variety of news, articles, interviews, and what have you that tackles every end of the spectrum. With notoriety expanding daily, we have only just begun to sponsor festivals and concerts, one of which includes the event known as Full Metal Texas. On March 19th, there will be groups huddled at Emos Annex on Red River, TX for the sole purpose of rocking out to bands that worship the likes of Dillinger Escape Plan and Rob Zombie. This is not your grandpa’s rock show. This will be madness and this will be teenage rebellion on levels and highs only attainable with a personal visit.

Today we dig in to discover the bands that will be giving you a front row seat to swallowing the Desert Eagle, and we won’t stop until the crowd goes crazy. Here are some footnotes covering the four major highlights of Full Metal Texas 2009: 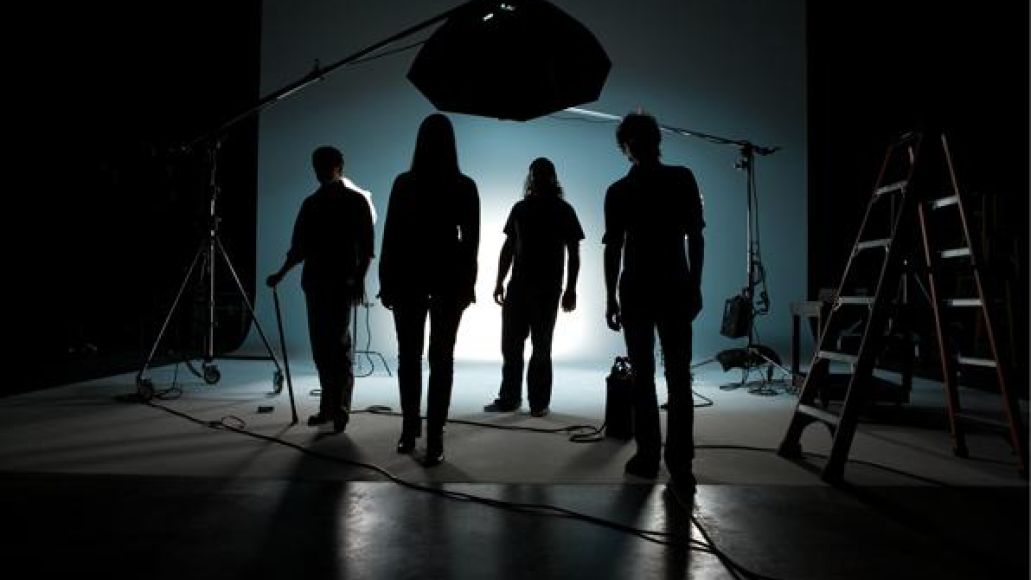 The very sound of this group’s EP Wylit sends echoes of producer Scott Reeder’s previous outfit, Kyuss. Dark, distorted and rather obscure stoner rock with a pinch of extra bass and prog bring Black Math Horseman to the screeching forefront of Full Metal Texas’ lineup. Guitarist and custom cycle builder Ian Barry has won awards in the past for his custom bike designs, and, like his bikes, the guitar he plays uses subtlety, turning what could be misconstrued for generic prog rock into some other animal. With Reeder to guide them and the spirit of Hendrix, who is in tandem channeling Satan, to watch over, Black Math Horseman holds armageddon in a velvet cloth for display in the Louvre. 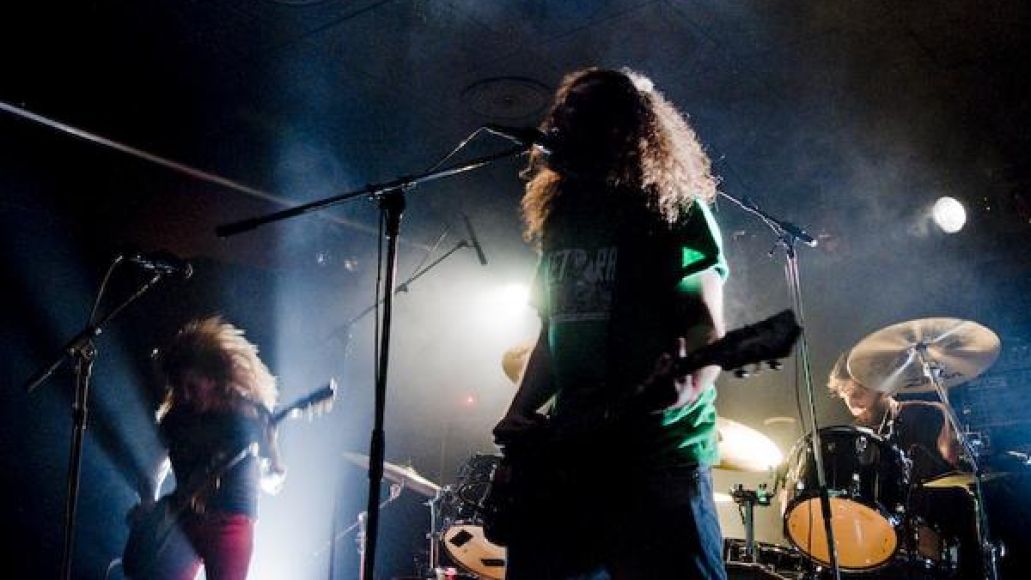 With epic musical bridges that seem to pull from inspirations like Trivium and twist them into psychedelic prowess, meet the Savannah, GA metal cult known as Kylesa. While the release of their upcoming album Static Tensions, will send joygasms through a wide range of horrorcore and metal fans alike, just for their cover art alone, Kylesa feels like the emo kid’s answer to metal — thanks to their sliding guitar riffs and Mastodon-like vocals. Given their nine album discography and collaborations with the likes of Memento Mori, it’s hard to determine where Kylesa will go next. However, one thing’s for sure, they’re without a doubt thee highlight at Full Metal Texas. This band will leave you bruised, and this is intended as a compliment for all of you non-mosher friendly venues. 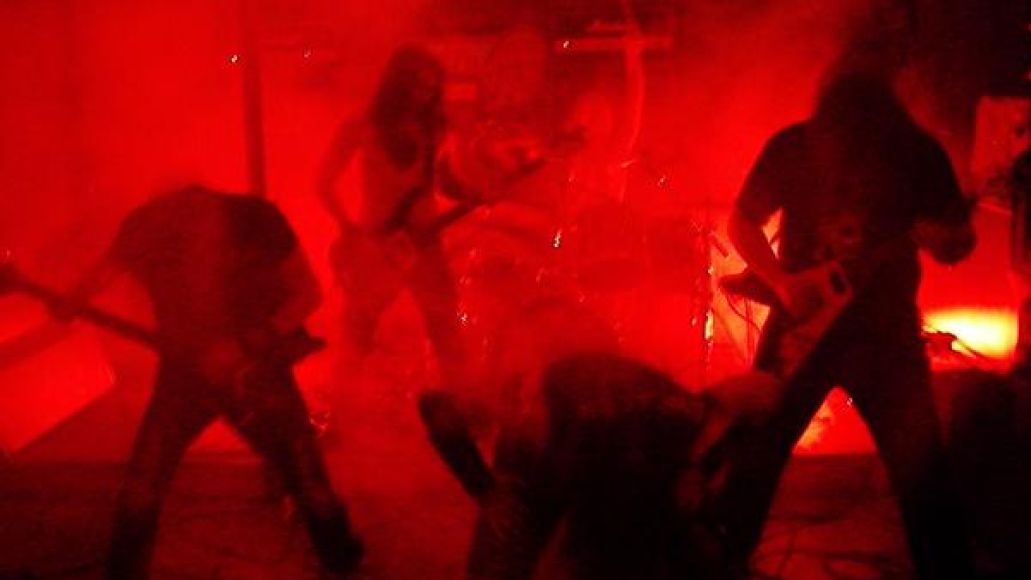 Skeletonwitch is the death metal and thrash inclusion hailing from Athens, OH. Considering the title of this particular concert, it’s no surprise they should fit right in. With brutality emanating from every guttural shout and ever pounding guitar riff, lead vocalist Chance Garnette brings a Cradle Of Filth aura to his approach.  Knowing this, listening to their songs sums up a lot of what it means to be a band in the thrash genre, with the music constructed not unlike Anthrax albeit with a much more grim Cannibal Coprse overtone. It’s too early to tell how the moshers will succumb to this brand of metal, but there will be blood somewhere down the line with songs like “Sacrifice for the Slaughtergod”. Visit the band’s MySpace and get a taste of Skeletonwitch’s newest release, Beyond The Permafrost. 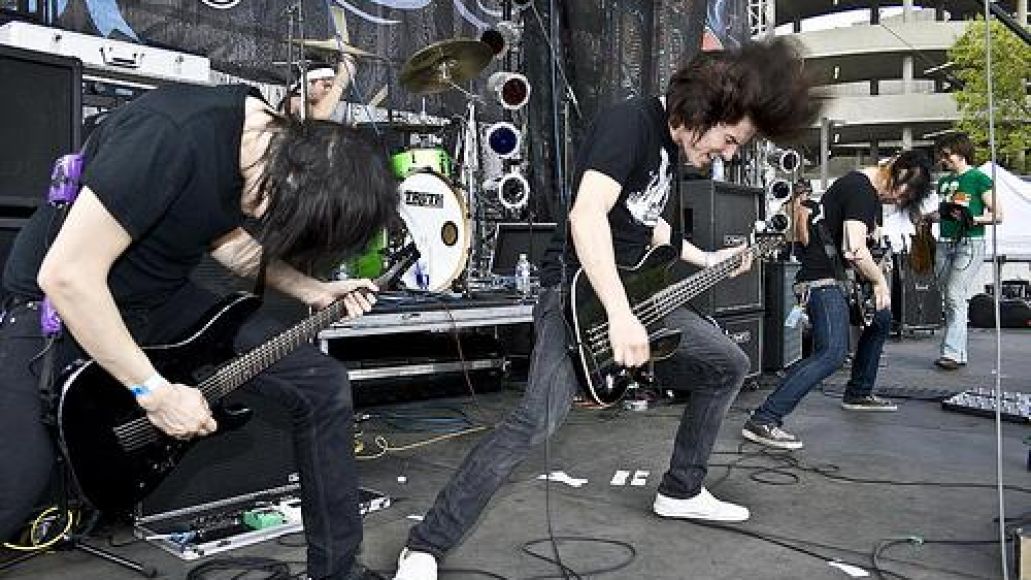 Arriving at the final headliner, we are presented with a finishing move more out of context than Superman’s Heroic Brutalities in Mortal Kombat vs D.C. Comics. Running the track between thrash, metal and borderline emo we arrive to Greeley Estates. Classified as post-hardcore, the band originated in 2002 in Phoenix, AZ and have kept trucking ever since. Up to date, they are veterans of the Vans’ Warped Tour and Punk the Clock Vols. 1 & 2, and essentially the epitome of what teenage hardcore has amounted to in the past few years. Is this necessarily defining them as lacking heavy attitude? In the setting of Full Metal Texas, not exactly. Despite anyone’s viewpoint on boys with long bangs and mascara, Greeley Estates will bring in the crowds on notoriety alone and will cause inevitable damage to the stage and dance floor through tracks like “Ya’ll With The Vampire Squad” and “Secret”. This is the modern end of hardcore, and while not everyone likes it, everyone can beat the shit out of others to it and that counts for something.

You might wanna see these guys at Full Metal Texas...