Throughout the ’80s and early ’90s, Express clothing stores were the number one source for fashion-savvy American women to indulge in sleek, Parisian style. Conceived as a younger, hipper version of its parent company, The Limited, Express channeled the streamline fluidity and comfort of European fashion. Even their clothing displays were chic. One of my earliest memories in a shopping mall is of an Express display: mannequins resembling surrealist painter René Magritte‘s bowler-hatted men with apples hovering in front of their faces, set against red brick walls with silhouettes of cut-out sky behind them. During this golden age in the clothing retailer’s history, Express was miles ahead of the rest of the mainstream. Yet amidst all this thought-provoking fashion there was one key element that cemented and secured Express’ slick ambiance – the amazing playlist of French pop music they piped through their speakers.

In 1990, through Polygram Records, Express released a compilation cassette, called Musique D’Express. The album is rich with the energetic stylings of sophisiti-pop at the ’80s-’90s cusp. Even today its tracks are a lush selection of fresh sounds and artists that most American ears are unfamiliar with. I was six-years-old at the time and I remember the display for the tape next to the register, and I remember my mom buying it. It must seem strange that I have such vivid memories of a clothing store. However, something profound and subconscious was at work.

I quickly latched onto the attractive melodies and mysterious moody lyrics.  I didn’t have MTV, I didn’t have an older sibling to bring the mainstream world to me, and was too young to pay much mind to the pop culture surrounding me. New wave, pop, modern rock and all the other music of the time was trapped in the background as melodies I was affected by but could never capture. I distinctly remember overhearing Phil Collins’ “Another Day in Paradise” and Bruce Hornsby’s “The Way it is” in a grocery store around this same time and being bewitched by them. It was many years later before I ever figured out who they were. As it stands, Musique D’Express was a crystallization of many of the musical sensations I was only beginning to understand. 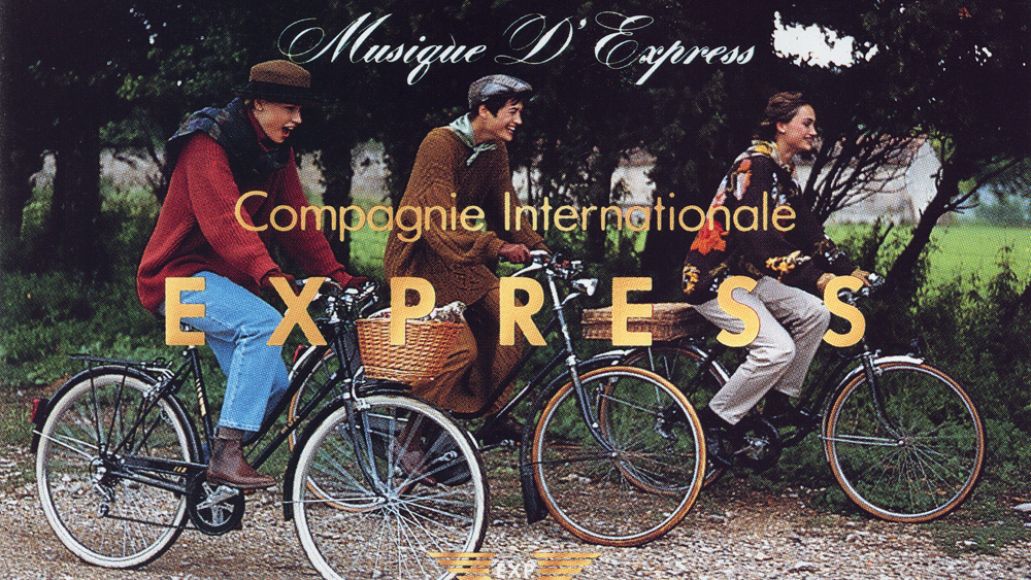 Niagra‘s “Soleil d’Hiver” glistens like sunlight through glass bricks, Claudia Phillips’ “Picasso” and Luna Parker‘s “Fric Frack” are collages of splashy synths and summertime fun, and Pauline Ester‘s “Oui, Je l’adore” is a big band twirl through night rhythms and soft focus lenses. Meanwhile, on the opposite spectrum, legendary French singer, Serge Gainsbourg, re-renders the French classic “Mon Légionnaire” into a grungy, grinding funk set to a sexy bass line. The video for the song is a gem of conceptual excess, featuring a smokey factory setting with muscly urban dancers. FranÃ§ois Feldman‘s “J’ai Peur” shares “Mon Légionnaire”‘s dark beat but with a faster, more danceable, tempo. Feldman’s other track on the album, “Joue Pas“, is a duet with the soulful-voiced Joniece Jamison meeting pop and R&B on a compelling middle ground.

From the jaunty stroll of Lio‘s “Tu Es Formidable” to the dreamy saxophone-lit melodies of Vanessa Paradis‘ “Soldat” and “Joe le Taxi“, Musique D’Express is perfect for any kind of cool you want to be. I listened to the album all through my childhood. Much like many childhood artifacts, the tape was swept away at some point in my adolescence. When I wanted to find it again, I couldn’t remember the name of the album, the titles of the songs, or the artists – I hadn’t paid attention to any of that as a kid. I only remembered the tape itself.  With the nagging memory in mind, I spent a good deal of time fretting over finding the tape, or trying to figure out what it was called. I searched online, I scoured thrift stores, I even e-mailed Express and asked about it, but they didn’t know who to go to with a question about a promotion that old. Finally, I managed to type the right combination of words and Google delivered to me an Amazon page where used copies were being sold.

Thanks to the beauty of the internet, I now present to you Musique D’Express, ten succulent tracks (plus the weird little tones that play before the side changes). It is one of the finest compilations of its time, personifying a specific moment in music that is frequently overlooked  – a virtual time travel transport to the harmonics of 1990s France, or perhaps a shopping mall somewhere in the past. 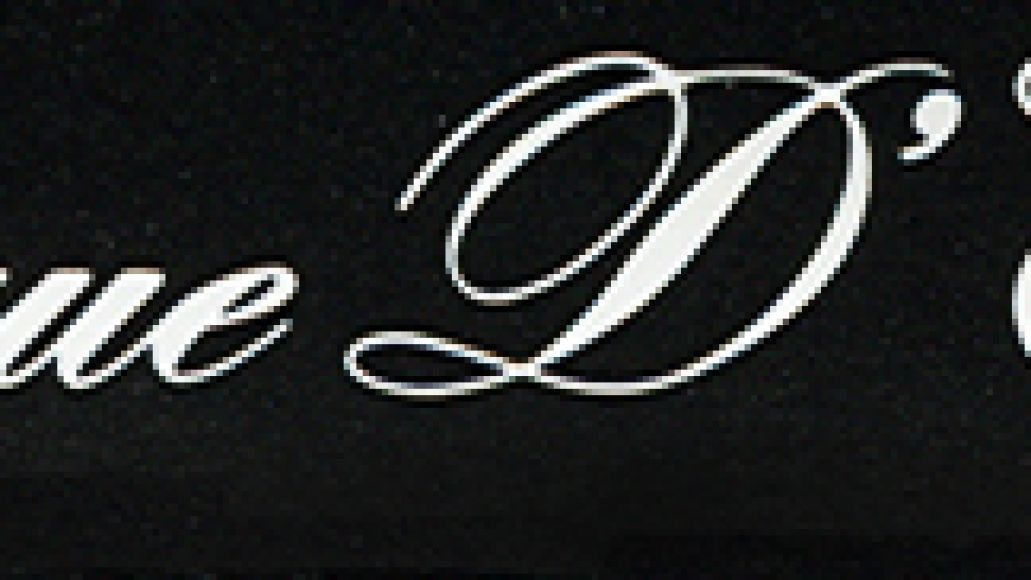 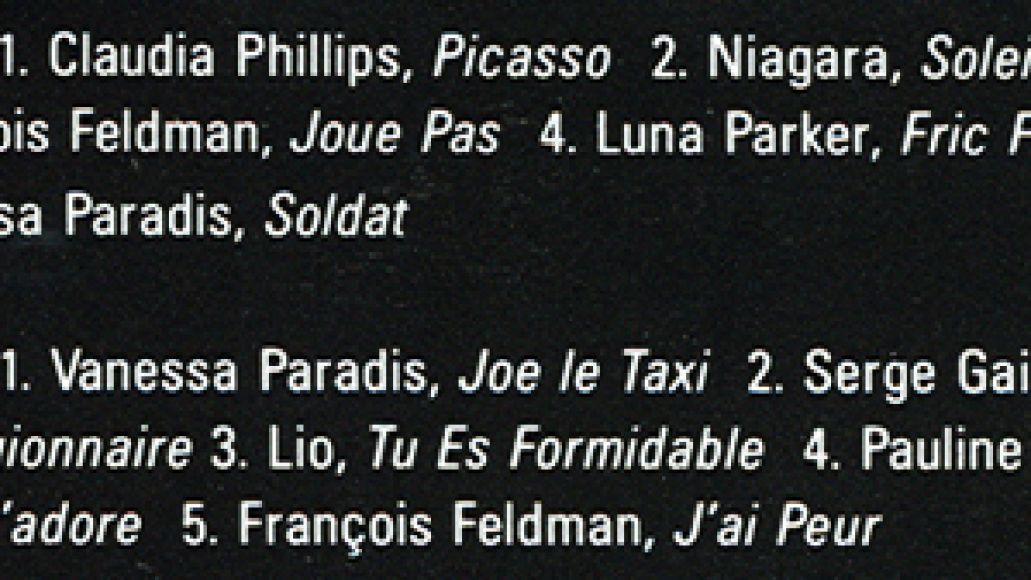