Hoppus recently posted to his blog photos showing the band — which announced its reunion at the Grammys in February — performing in front of a green screen as cameras roll. His only cryptic comment about the pics? “I can’t say anything about this yet.”

He then said many things about it to MTV.com, none of them illuminating. “It’s definitely not what it seems 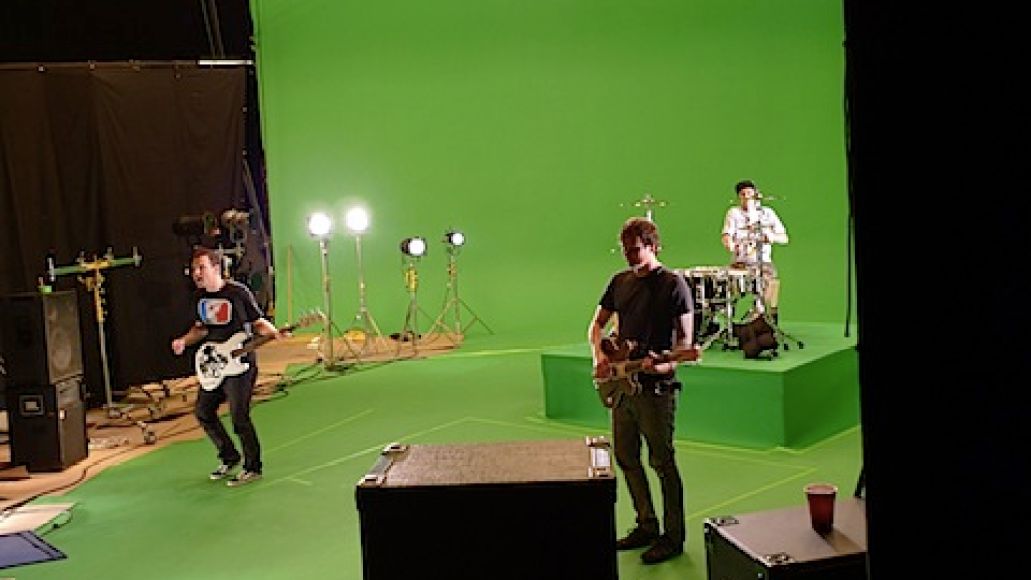 to be. It’s not really a music video shoot, and it’s not really a movie shoot. It’s something that no other band has done, and the technology behind it is ridiculous. I don’t even know how to explain it.”

Ok…so what is it?

“When everything is finished, you won’t see a big, green wall behind us. It’ll be a different shade of green, more of a forest-y green. But they have to do that digitally, as we couldn’t find forest-green paint.”

No matter what the visual end result, we’re guessing the sound will be nasally man-child vocals backed by cute, three-chord pop punk. Anyone else?

Blink and you'll miss it... whatever "it" is