Chris Cornell is a rock oddity. The man has released five albums that have gone at least platinum, and on any given night he could be headlining an arena anywhere in the world. Of course, for that to happen he would have to be with one of his former bands, Soundgarden or Audioslave. With those factual nuggets in mind, it was somewhat odd seeing the former grunge legend perform at a bar (1,800 capacity, mind you) in East St. Louis of all places. But that’s exactly what happened this past Tuesday.

Inside the intimate confines of Pop’s, the rock legend put on a diverse set spanning the entire length of his 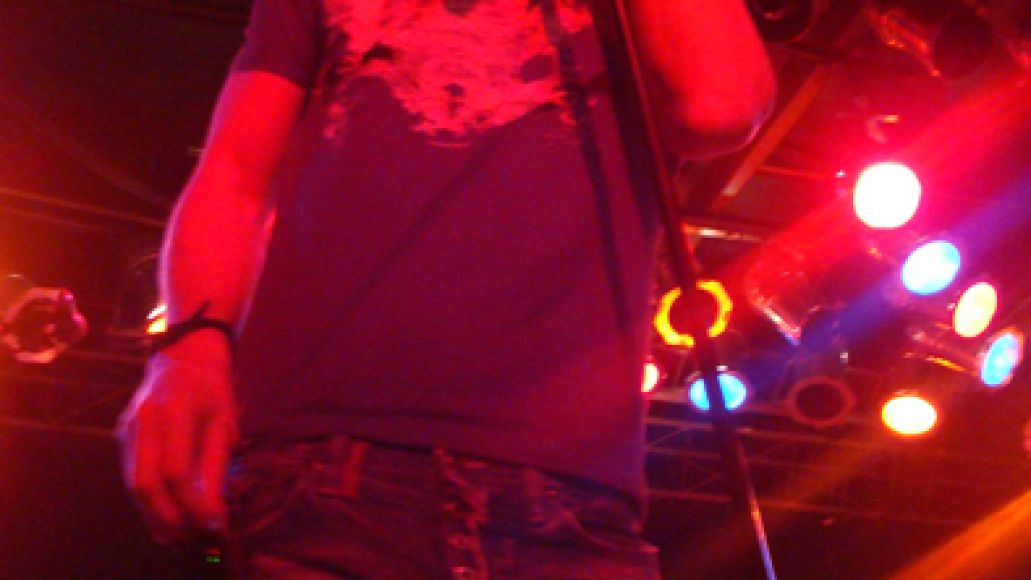 career from 1989 to tracks off of this years, Scream.

Before he would approach the stage, however, there was the opening band to deal with, naturally. It’s a rare opportunity to have a band come along with so little music available to check out. Nevertheless, Los Angeles’s own Crash Kings provided a surprisingly loud set, or as a fellow photographer put it, “the loudest that’s been here since Motorhead.” While the band hardly resembled MotÃ¶rhead, their thirty minute set knocked the crowd on their asses, especially with current single “Mountain Man” and one hell of a Black Sabbath cover (“War Pigs”) — all without the presence of a lead guitarist, too.

After the hour break in between bands, Cornell marched on stage to the sounds of “Part of Me”, one of the real diamonds off of Scream. Much like the album, Cornell’s immense vocal talent was buried under a wall of sound, coming off very insincere and, not to mention, muddled down. His piercing scream shattered through eventually, on the Casino Royale tune, “You Know My Name”. While not a brilliant song per say, the chorus parts brought Cornell back to what he does best, which seemed fitting given the remainder of the set.

Fans roared at the sound of what they’d obviously come to hear: Soundgarden tracks. Even this seemed rather hit or miss. Where a track like Down on the Upside‘s “Burden in my Hand” came off as smooth and relevant, especially given today’s music scene, a cut like “Rusty Cage” felt sloppy and forced. Throughout the latter track, Cornell appeared troubled at keeping up with the ferocious pace, and the same could be said for the hired guns behind him. They were fortunate enough to nail “Cochise” and “Gasoline”, two songs the middle aged crowd seemed to appreciate too much.

“Spoonman”, another Soundgarden classic, closed out the main portion of the set, and even though it was noticeably missing some solo work, the performance did feature a killer drum solo, and the segue into  Led Zeppelin’s classic, “Good Times, Bad Times” was much appreciated. Though what would a Cornell-patented show be without crowd favorite, “Black Hole Sun.” The moody, downer of a song rather fittingly closed out the equally described set, just before midnight, too.

He may not be the grunge legend his humble past insists, but as they say, heroes fall and get up. It’s still unclear as to where Cornell stands, but if this is any indication, he has some demons to battle. That is, until he dusts off that unused reunion card of his.