Face it, the hottest reunion this year is Perry Farrell’s former alternative outfit, Jane’s Addiction. The original line up hasn’t been together in years, and it doesn’t hurt they’re sporting one of the coolest tours in ages (NIN? C’mon!). Something tells us that Farrell and co. are hip to this idea, which might explain why they have so many goodies up their sleeves.

In addition to appearances at both Sasquatch! and Lollapalooza, the magnificent quartet is putting out a kick ass box set on April 21st, filled with surprises and gifts. If you don’t recall us reporting it awhile back, let us shake that memory of yours. Titled A Cabinet of Curiosities, the box set will offer a slew of previously unheard demos, rarities, and live performances across three CDs and one DVD. The latter will also include the previously unavailable documentary, Soul Kiss. It does carry a hefty price tag ($74.98), but for all the media included, it’s quite the bargain. However, for those still uncertain, you can join in on the online listening party or mess around with the new flash widget: 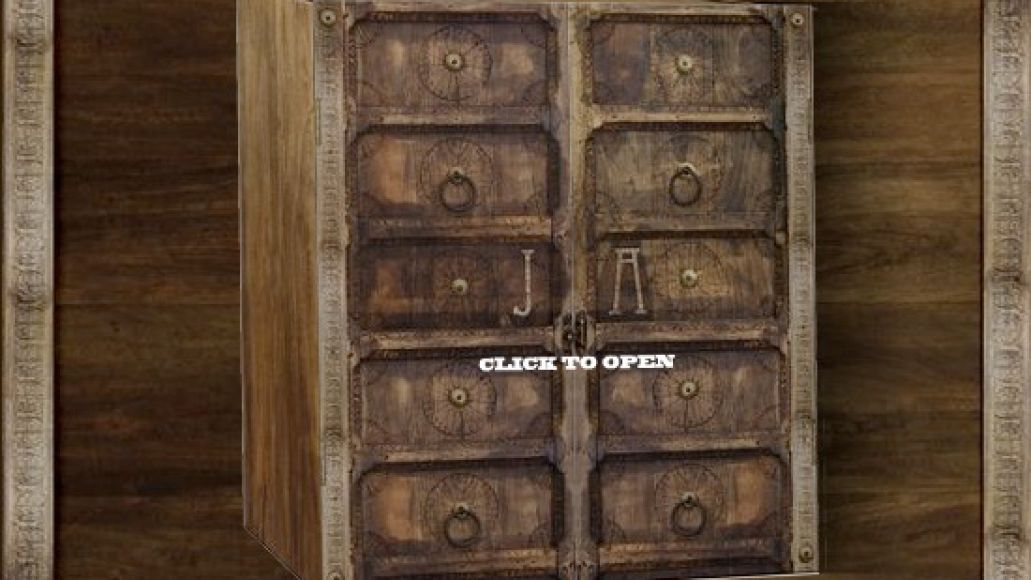 To join the festivities, CoS is running a contest to get you pumped for the “Year of Jane.” While we’re not giving away the box set, you vinyl fans will be happy to find out we are giving away a two-piece 180-gram vinyl set of both Ritual de Habitual and Nothing’s Shocking. Why? “Just Because.”

In a short statement, try and conjure up a new Farrell line up/outfit, complete with the style of sound and the possible debut album name. You can get as crazy as possible like Perry Farrell w/ Dan Deacon and Jerry Lee Lewis, just as long as you state some foundations for the group. When we pick a winner, we’ll throw up a blurb on the site and announce the win. Sound like fun? If so, submit your ideas, but be sure to include your name, e-mail address, and favorite CoS feature on the site.

If you have problems coming up with something creative, you could always spend the day “Standing in the Shower Thinking.” Sorry, I just had to do that.