Now, in most cases, something like news of Dark Night of the Soul would be your prototypical April Fools’ joke – a high-profile collaboration of two of music’s biggest names (Sparklehorse and Danger Mouse) that comes with no real details other than a cryptic promotional poster. But seeing as that the aforementioned promotional poster first popped up during last month’s South by Southwest, and was furthered highlighted yesterday, aka the day before April Fool’s day, by Stereogum, I think it might be safe to call Dark Night of the Soul the real McCoy.

So, what exactly is Dark Night of the Soul?

Well, as far we can tell, it looks to be the end result of what has been a two-year collaboration between super producer Danger Mouse and Sparklehorse frontman Mark Linkous. According to Pitchfork, the two have been working on an album since 2006, one which includes a slew of equally high-profile guest spots. From the promotional portion, it looks as if Black Francis, The Strokes’ Julian Casablancas, The Flaming Lips, James Mercer, Iggy Pop, and Gruff Rhys are among these guest.

Now as of now, nothing is confirmed, but considering the poster ends with “Album Coming Summer 2009,” it’s safe to say we’ll know more sooner rather than later. If anyting, it will give that other “dark” project a run for its money… 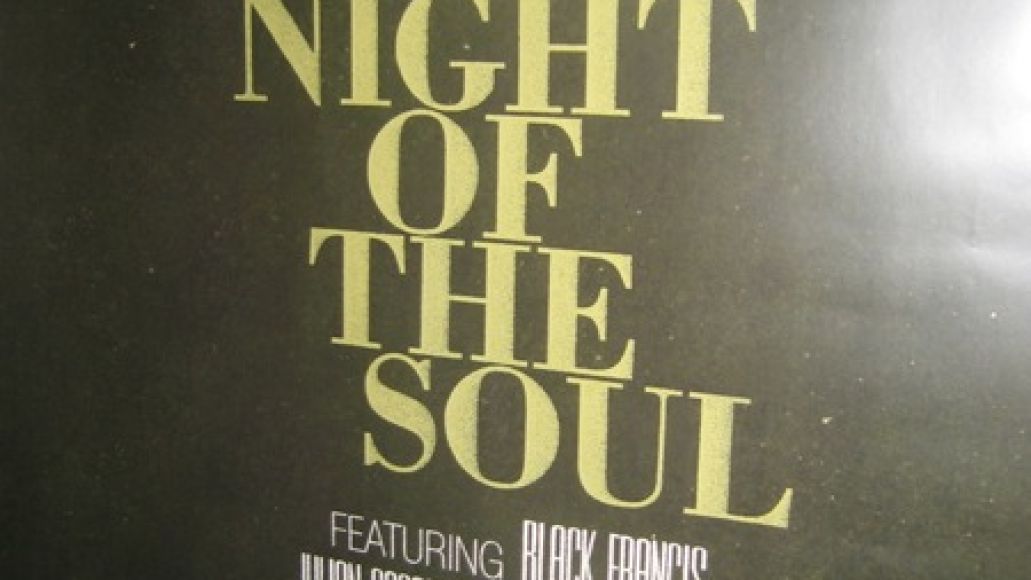