Memphis, Tennessee’s own Beale Street is a constantly buzzing musical haven. At any given time during the week, a drive through can reveal a great local musician applying their trade. On Saturday night, the sounds of feedback, angst, and clear displeasure came from the sold-out Orpheum Theatre.

On any normal night, those sounds would lead you to believe an alternative rock band was occupying the venue. On this night, it was the musical styling of Death Cab for Cutie. Constant instrumental struggles would fill the time from beginning to end. Opening the evening would be up and comers Ra Ra Riot. The band played a fast moving thirty minute set including favorites off of last 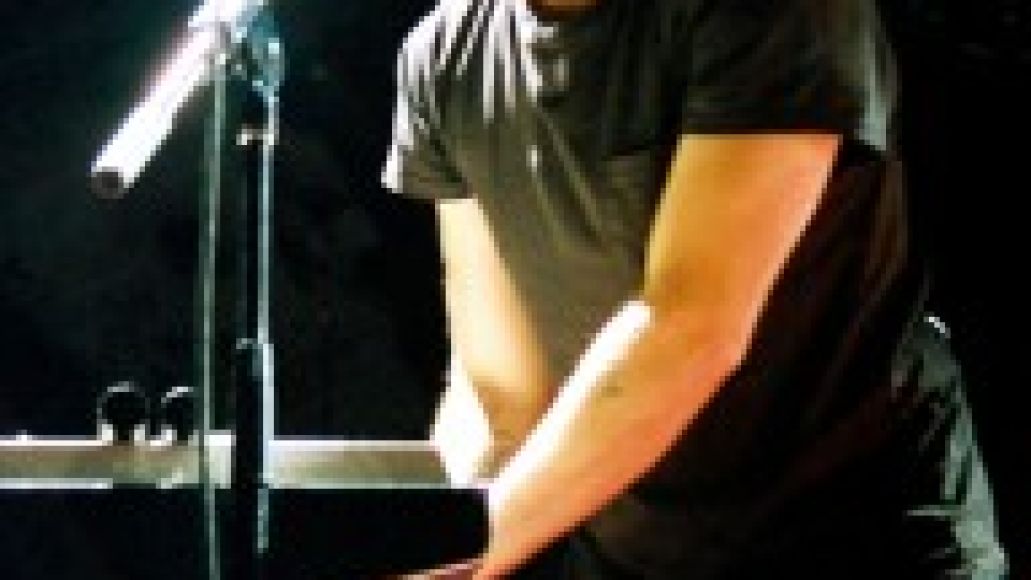 years The Rhumb Line: “Can You Tell”, a synthed out “Too Too Too Fast”, and “Oh, La”. The band however did have frequent problems receiving guitar feedback, and sound technicians were seen on the run constantly as the bands cellist, Alexandra Lawn, was entirely drowned out on nearly every one of her vocal parts. Though the band would play to significantly less people, it seemed just as many were enthused to hear their tunes, and no doubt meet them at the merch table.

California’s Cold War Kids would roll on to the stage next with songs mostly off of last years, Loyalty To Loyalty. The laid back tone of the band seemed to work well for the majority of the crowd, who were perfectly content in their seats. For those installed in their chairs, “Every Man I Fall For” and “On The Night My Love Broke Through“ went over well, but for those focused on having a more rocking Saturday night, the erratic “Relief” and Robbers & Cowards favorite “Hospital Beds” provided the punch.

Lead singer Nate Willett was a vocal power force, driving the band through tranquil and thunderous parts of the set. Bass player Matt Maust stalked the stage looking quite stoic throughout, never showing emotion, though often singing along with Willett and guitar player Jonnie Russell.

Of course, what the capacity crowd had been waiting for was the return of Death Cab for Cutie. The band however was not in a mood to handle what they were about to receive. It was one of those days where you hit your head getting out of the car and then slammed your fingers shutting the door.

As early as two songs in, Gibbard had to remind the crowd, “Just because you’ve got good seats doesn’t mean you have to use them.” Shortly after, the singer would have severe difficulties exchanging guitars, before eventually taking it off and starting over again, causing drummer Jason McGerr to play a very awkward, and fairly extended, intro to “No Sunlight”. 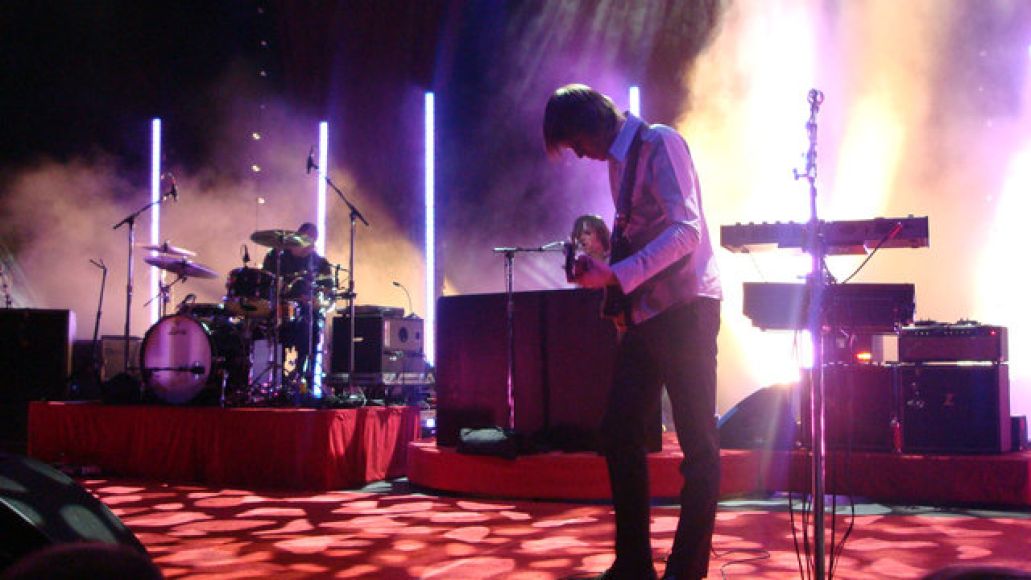 Guitar player Chris Walla would have the most problems of the night, which by the time the band had arrived to “Long Division” caused him to, quite ferociously, slam his keyboard and guitar into the ground and walk to the back for a drink. Luckily for Walla, it was time for the spotlight to shine solely on Gibbard, for the always refreshing, acoustic “I Will Follow You Into The Dark”. By the time the band had finished “Soul Meets Body”, with Walla on piano, he had seemingly chilled out. However, shortly after the band kicked into Transatlanticism’s “The Sound of Settling”, Walla had broken a guitar string.

No doubt with great frustration building up, “Bixby Canyon Bridge” slowly arranged into the closest thing the band has ever created to a wall of sound. Walla ferociously strummed away at his third guitar, as bass player Nick Harmer and McGerr pounded away at their respected instruments.

As the band returned from a break, Gibbard thanked, “those who showed up,” and showed sarcastic condolences to those, “that couldn’t.” The guys kicked into “A Diamond and a Tether”, from the recently released Open Door EP. Though the song was very pleasing to the eardrums, especially after the roaring “Bixby”, it just couldn’t quite match the passion. “Transatlanticism” rightfully closed the show out with Gibbard beginning on piano before a hop, skip, and a jump, led him back to stage right and to his guitar.

Though Gibbard once again thanked the crowd, and gave the usual “see you soon,” one couldn’t help but think they won’t be looking forward to playing the Orpheum anytime soon. 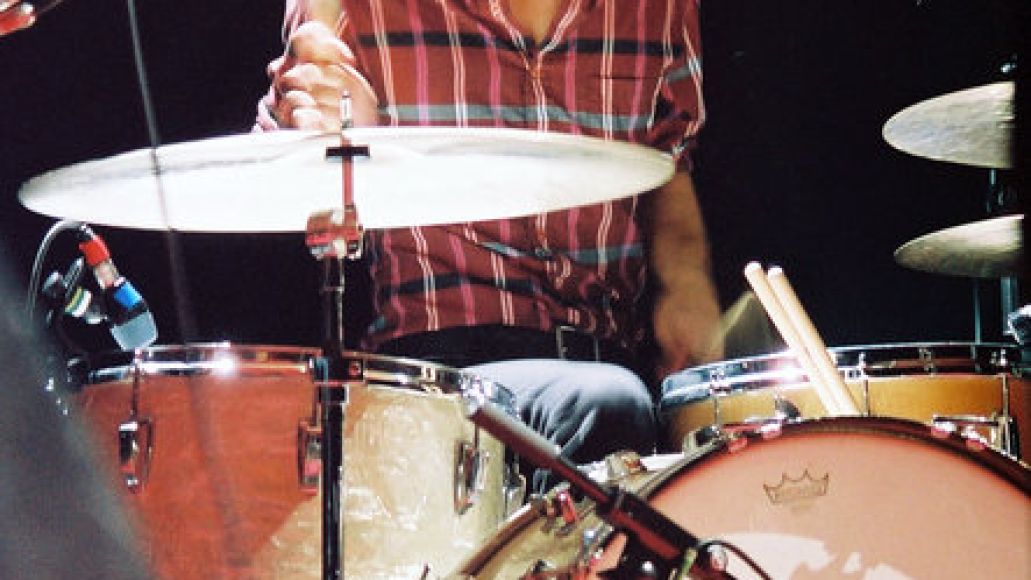 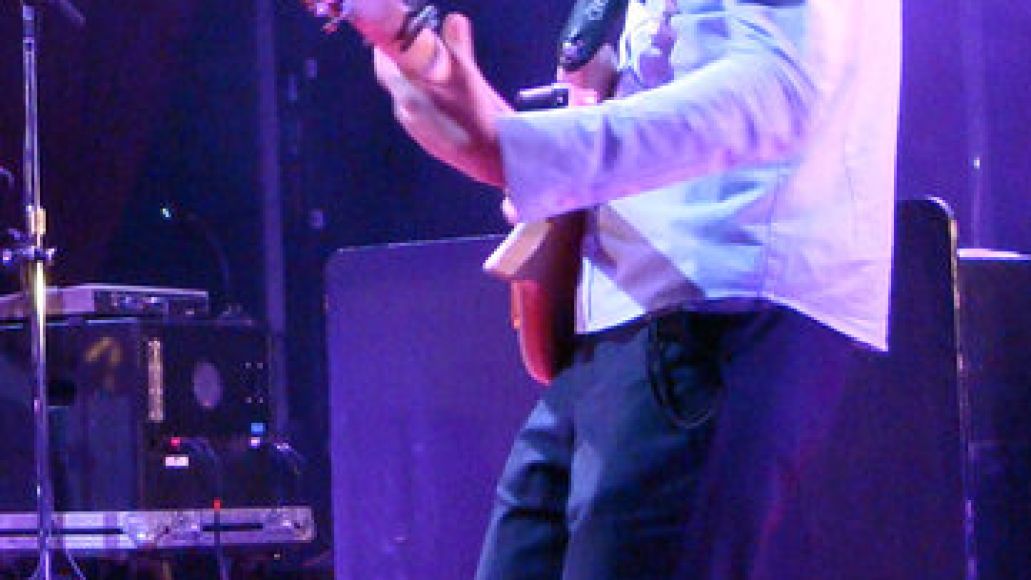