I’m a real sucker for foreign accents and bands that leave every ounce of energy they have on the stage. So, when the Scottish group Glasvegas stopped at Chicago’s Bottom Lounge, it was a perfect marrying of the two. It’s important to note that I went into this show a relative virgin when it comes to the Glasgow quartet. I had only listened through the album about five times and I didn’t do much reading on the band beforehand; no interviews, no concert videos, nothing.

Waiting for the band to make their appearance, I was intrigued by the minimalistic set of skins on the stage. Drummer Caroline McKay kit consists of only 4 essentials; floor tom, snare, crash cymbal, and the imperative tambourine. Also surprising was how such grandiose driving force could be produced with such a setup. McKay made her presence known with the lucid pounding of opener “Geraldine”. She kept “It’s My Own Cheating Heart That Makes Me Cry” chugging along just a few songs later, sending the outro (“It’s my own cheating heart that makes me cry!!!! cry!!!! cry!!!”) to a crescendo of monumental proportions with James Allan’s wails adding the icing on the cake. Maybe it’s too obvious that’s one of my favorite tracks…

After the first three, it was obvious Glasvegas was swinging for the fences. “Geraldine” and “My Own Cheating Heart” came off well enough but in between were songs I’d forget if I didn’t manage to snap a photo of the set list. The crowd seemed excited when the perpetual tom and snare of “S.A.D. Light” began but when Allan started belting “I turn on my sad light!” at the end of the song it was almost unbearable. This was a strikeout, a ‘backwards K’ if 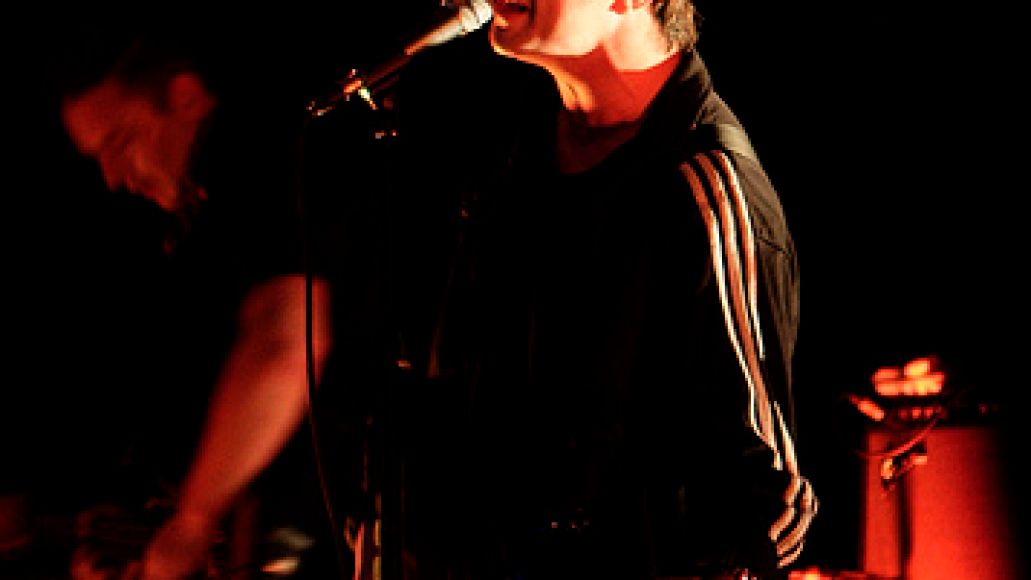 you will. A great effort but when you’re shooting for stars, sometimes you fall right flat on your face.

All the interest lost with “S.A.D. Light” was recovered with their perfectly chosen finale “Go Square Go”. The entire room at Bottom Lounge was reverberating with “here we, here we, here we fucking go.” Allan was a little taken aback by the reception and when he returned to the stage with his brother and lead guitarist, Rab Allan, he announced, “This is our first time in Chicago and…fuck me.” The two sang a stripped down version of “Please Come Back Home” under blue lights illustrating the somber tone of the song. McKay and bassist Paul Donoghue joined the brothers for their last shot at greatness, “Daddy’s Gone”.

Glasvegas flexes its prowess with the choice of set list for the night. After all, the band had had 6 years to perfect their show. They kicked things off with a tried and true single, “Geraldine”, covered up their weakness, “S.A.D. Light”, by tossing it in the middle and closed out with two of their strongest songs, “Go Square Go” and their own take on growing up fatherless, which ended up being the highlight of the night. Not only did they hit it out of the park with “Daddy’s Gone”, they hit a grand slam. Towards the end of the song where Allan is supposed alone he simply stepped away from the mic to have the crowd finish it for him. When the band came back in he returned to the mic finishing out the song.

With a single 10-song LP out, Glasvegas doesn’t have a lot of material to perform. So I would mention that a 10 song show is one of the shortest I’ve seen while out here in Chicago. But, in that time they managed to play a couple songs off their bonus disc, “Fuck You, It’s Over” and “Please Come Back Home”. Afterwards, Allan took the time to greet as many fans as he could, making several young ladies feeling giddy after he shook their hands (pictured with the set list.) All in all, it Glasvegas knows how to impress a crowd. But what’s more important, they know how to conceal their blemishes and let the greatness shine through. 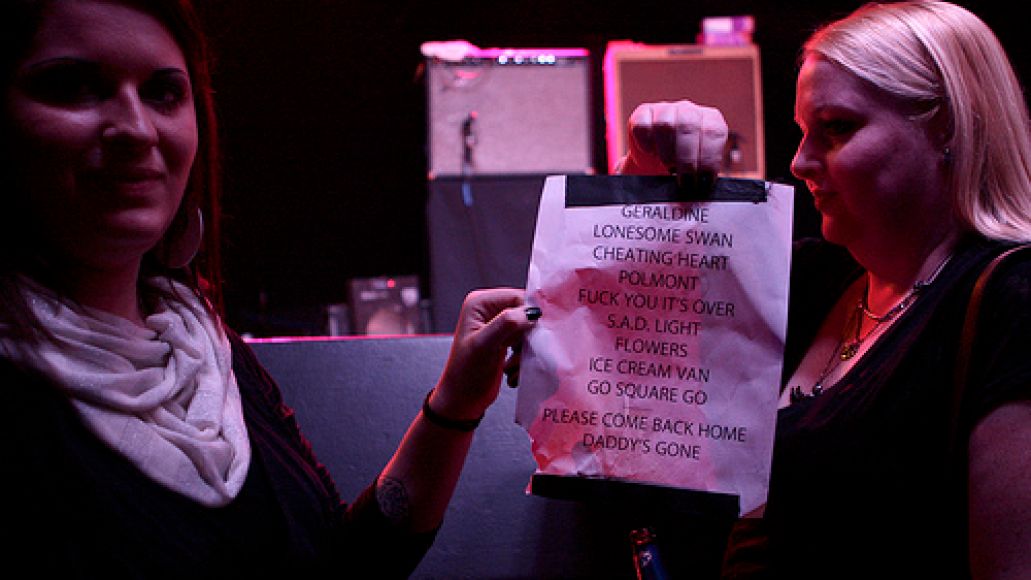 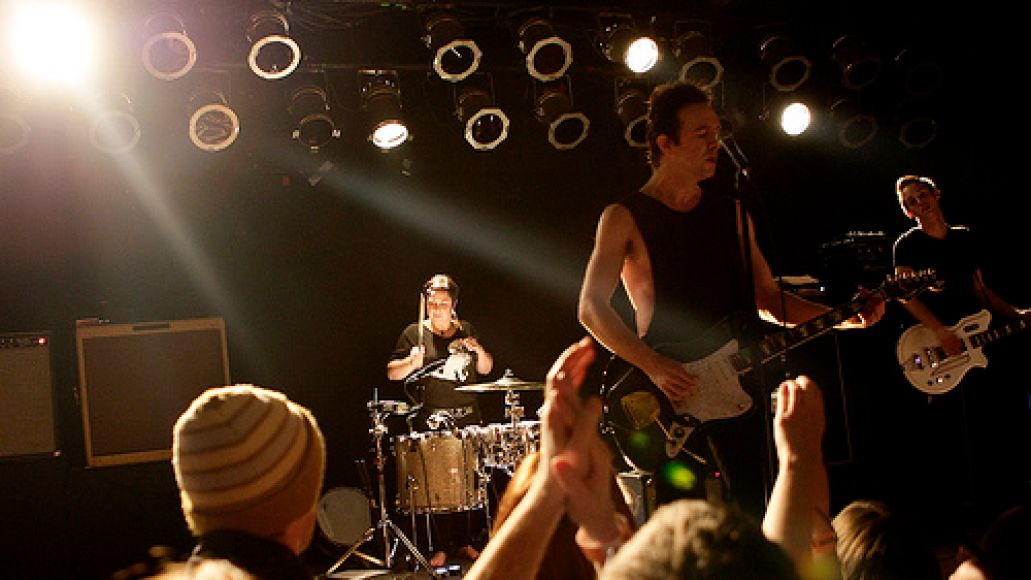 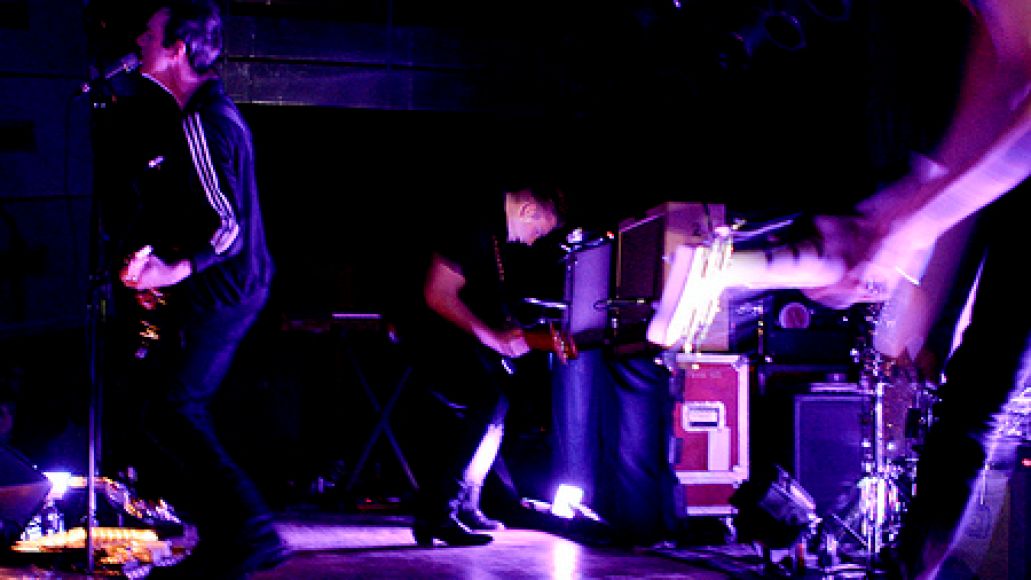 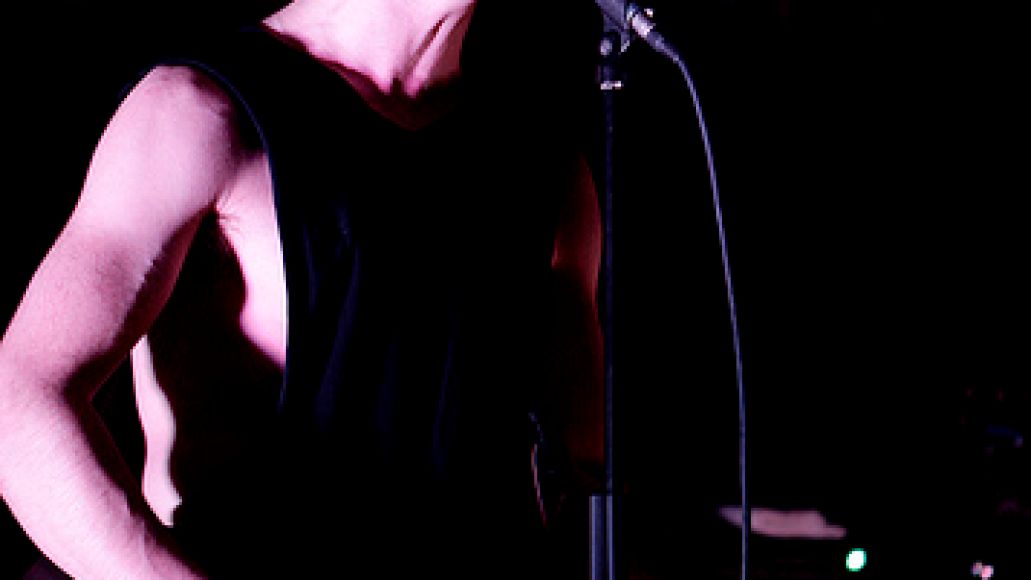 Glasvegas hits the top of the Bottom Lounge (4/6)