Perm that big head of hair, ladies. Sparkle those ’82 Nike’s, gentlemen. Yes, you’ve heard it right, the San Francisco gods are back, and they’re younger — or at least one of ’em is. This summer, Journey is taking the show back on the road, and lucky you, they’re only a few weeks away from kicking it all off. With fingers crossed and lucky coins in hand, they just might be at your upcoming state fair.

If you recall, the band recently hired new vocalist and frontman, Arnell Pineda, who fills in the shoes for Jeff Scott Soto, who stepped in for Steve Augeri, who for the longest time everyone thought was 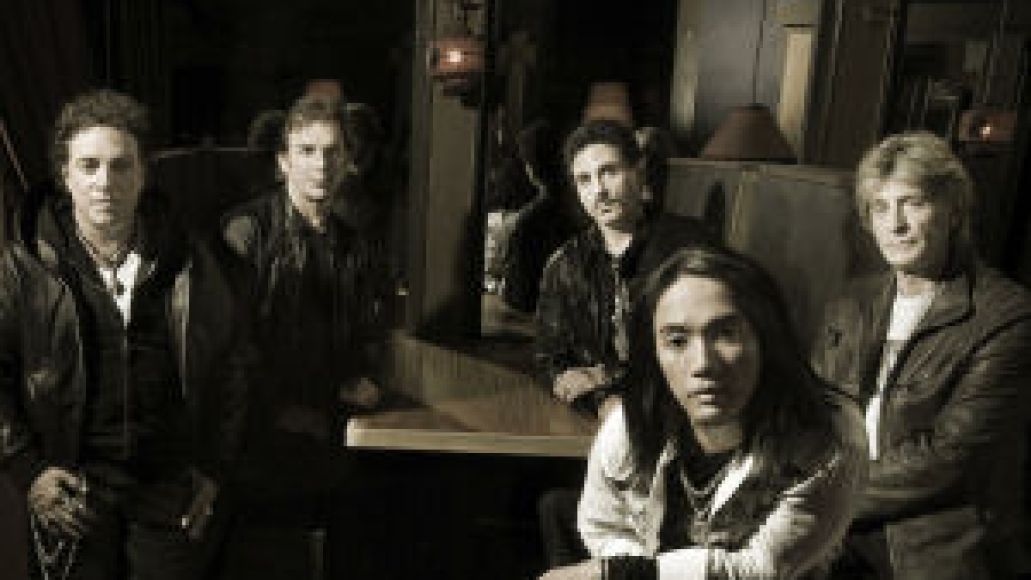 Steve Perry on record. Pineda, 41, was hired after lead guitarist Neal Schon found the Filipino heartthrob on YouTube, probably on a late Friday night, while holding the phone with Perry’s number on speed dial. Damn, to think we were so close to the real deal. Oh well! C’est la vie!

Last year, the new line up released Revelation, which featured ten new “hits”, twelve re-recorded hits, and a DVD of the new act come to life. Some might wonder why they didn’t include the exceptional 1982 Atari game, Journey Escape, but Schon refused to comment. He did, however, have this to say (Per Live Daily):

“We were feeding [Arnel] a song a day,” keyboardist Jonathan Cain said of the brisk rehearsal/recording process of the new material in an interview last year with LiveDaily. “‘Go home and learn this and come back and sing it tomorrow.’ That’s basically what he did. He didn’t get a lot of time to rehearse these new songs, and he’s killing them now. What he’s doing on stage is so much better than the album.”

Well, we’e sold, how about you? As, you can see, it’s not the most prolific of tours, certainly not for this Billboard smackin’ band, but its size screams of modesty. Then again, if Journey’s not hitting your town, you can always check out its younger, more stable equivalent, Recess.