If Wayne Coyne of The Flaming Lips had a child with Norman Blake of Teenage Fanclub, their offspring would sound a lot like Kevin Sherry, lead singer of Attic Lights. Then again, his influences are doing some hefty talking. Growing up in Glasgow, Sherry, and his four other Scottish brutes, acquired musical inspiration from bands such as The Beach Boys, The Flaming Lips, Pavement, and countless other American acts. Within moments of hearing the band’s songs, it’s clear which musical muses cultivate their sound.

Youthfully boyish harmonies and simple, yet gorgeous melodies fill out an armoire of strong suits nicely here. While some may throw comparisons toward similar Scottish band Cosmic Rough Riders, especially in regard to its pop crafted harmonies, there’s something else to like with Attic Lights. 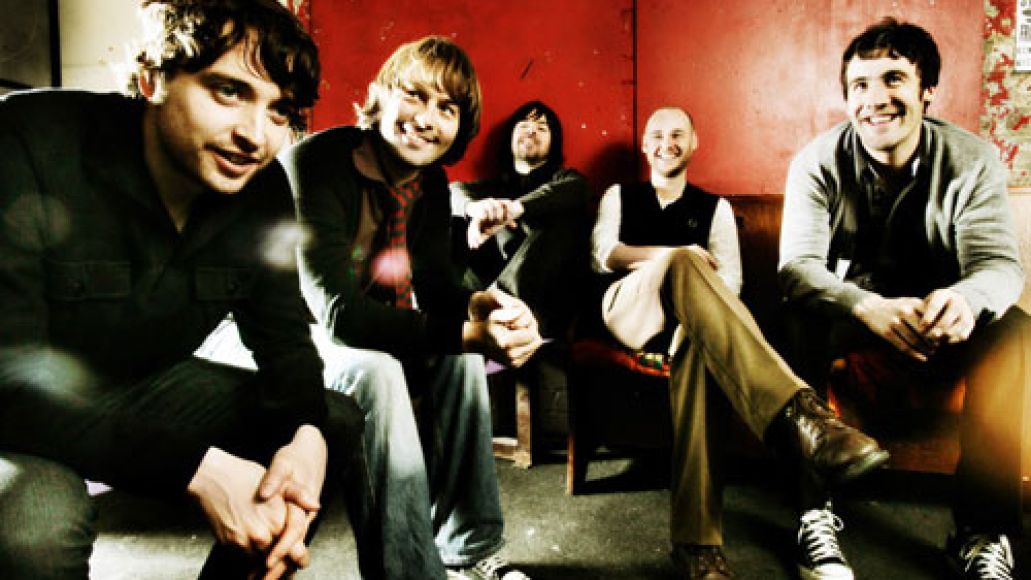 Maybe it’s the lonesome twang supplied by electric and steel pedal guitars, sort of like those heard on earlier Rilo Kiley albums. After all, this throwack style pervades the better majority of the band’s work (see track, “Nothing But Love”).

Let’s make something clear though, Attic Lights doesn’t blatantly wear its influences. Unlike The Flaming Lips, the band is not experimental or progressive in the slightest sense. Instead, the five members are musically developed, and because of this, they own a familiar indie pop sound that’s highly enlightening.  And considering they started in 2005, their resume is quite impressive. Already, Sherry and his band mates have had the experience of playing with Had Bjorn Yttling (from Peter, Bjorn and John) and the opportunity to be co-produced by Francis MacDonald of Teenage Fanclub — which explains some things.

That polished resume is only looking brighter lately, too. Over the last few weeks, the band has been busy, touring as the opening act for other Scottish pals, Camera Obscura, as they finish their European tour. Things seem to be hitting off between the two, as well. Just a little over a week ago, Attic’s steel pedal guitarist assisted Camera Obscura in a session promoting its new album, My Maudlin Career.

What’s unfortunate, however, is that when Attic Lights goes out and performs on its own, it’s hardly outside the British Isles. Most of the band’s gigs are in their homeland of Scotland and to make matters worse, their debut release still hasn’t made the jump over the Big Pond and into our record stores. In fact, you can’t even buy Friday Night Lights on iTunes. Things could turn around though, especially considering their recent tour buddies are presently breaking waves across the States. In the meantime, we’ll continue to wait impatiently.