When I first went through the fine list of possibilities for my debut Listen feature, the first band I noticed was a Rockville, Maryland trio named Sister City. They instantly caught my attention with an impressive mix of punk and acoustic/folk, and although I looked at a few other quality bands, I kept returning to my first instinct. It must be fate.

The first song I heard from the group was the irresistibly catchy, “Sunday Crossword Challenge”, which was featured on the internet compilation, The What CD, as well as the band’s first full length album, Burning Up. The song, an acoustic number with smart lyrics, bouncy guitars, and great vocals, is the perfect showcase for the hard working trio. They are anything but a one song wonder, though, and “Ellis Island Blues” and “Happy Anniversary” solidify their status as a band to watch.

Sister City (singer/songwriter, guitarist Adam Linder, drummer Daniel Abzug, and bassist Garrett Deleeney) is a fresh blast of raw creativity and carefree energy that wouldn’t sound out of place in the alternative glory days of the early nineties. They actually remind me of a 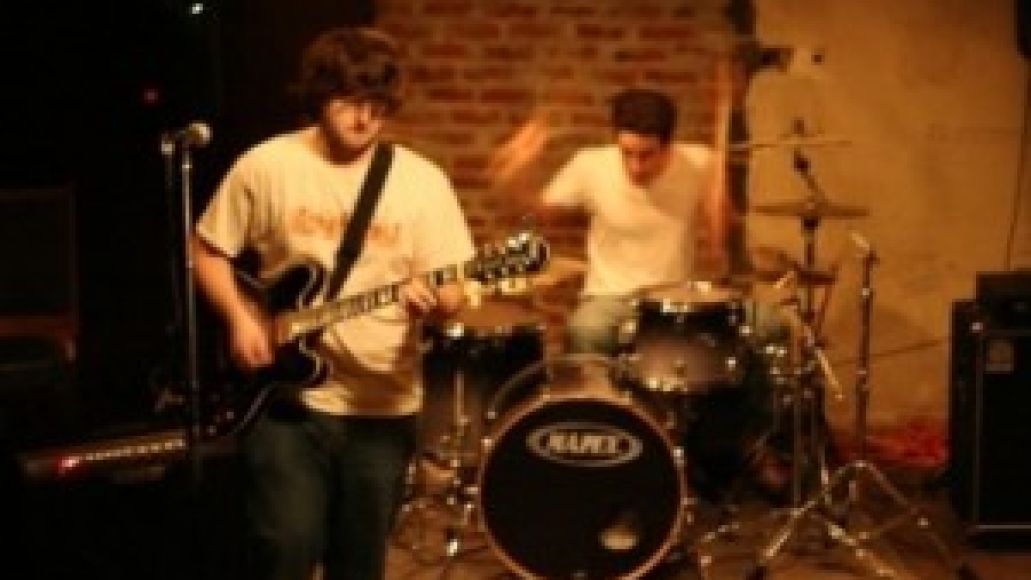 harder edged version of folk rockers, The Waltons, which had a couple of great singles with “Colder than You” and “In the Meantime”. Believe me; you have to be good to be mentioned in the same breath as “Colder than You”. I have also heard comparisons to Bright Eyes, but other than the acoustic sound, I don’t really see it.

The band is highly dedicated and kept a busy schedule in 2008. They released their first full length album, Burning Up, under Linder’s name before changing their name to Sister City in August and releasing the EP, Foma. Amidst a steady slew of live appearances, they topped off the year by recruiting the QX Quartet for the three songs comprising The Clark EP in December. All three releases were produced by Adam Linder, a music production major at Clark University, and can be downloaded for free at the band’s MySpace.

The trio isn’t showing any signs of slowing down and 2009 promises to be just as busy, with several live shows and a second full length album in the works (they are currently holding a contest on their web page where listeners get a chance to name the last song on the album). They will also be appearing in a benefit concert hosted by the Boles Foundation in June.

Indie rock at its best is a killer combination of originality, creativity, and catchy hooks. Sister City manages to mold bits of each into a tight package that could see them cross over to more mainstream success, and after listening to their music, you can’t help but sense an untapped potential and a feeling that they have yet to truly hit their stride.

Check Out:
“Seat 13A”
“Happy Anniversary”