Since the return of Twiggy and the previously so-so free download of “We’re From America”, the mall goths and quarter-life crises await with baited breath for Marilyn Manson‘s supposed return to form, The High End of Low. Without even blinking an eye (or painting an eyelid over), the newest single from Manson entitled “Arma-Goddamn-Motherfuckin-Geddon” has greeted the Internet (just Google it) and the complete track list and album cover has been unveiled.

At first glance of the cover, one is reminded of Mechanical Animals stirred in with a hit of acid. Manson himself seems to be channeling David Bowie ever so slightly in his portrait, and while some say he looks more like “some evil 15 year old emo girl on MySpace” I find this cover endearing compared to his previous outing. Then again, cover art alone is not what is causing all the Manson related hoopla past week.

Apparently, the second track is titled “Pretty As A Swastika”, which almost guarantees a PA sticker slapped to the front (and I can bet we will not be buying this album at Wal-Mart). For those familiar with this band’s past shock antics, mentioning a Swastika is rather tame compared to say being fully nude on the cover with breasts showing on the male body. Probably also compared to the obvious German references in Golden Age, but leave it to parents and the RIAA or FCC to over-react (Thanks a billion, Tipper).

Settling at the “much ado about nothing” position, we now present you with the new cover art and tracklisting for The High End of Low. Don’t forget to catch Manson on board with Slayer and Cannibal Corpse for Mayhem Festival 2009 this summer. 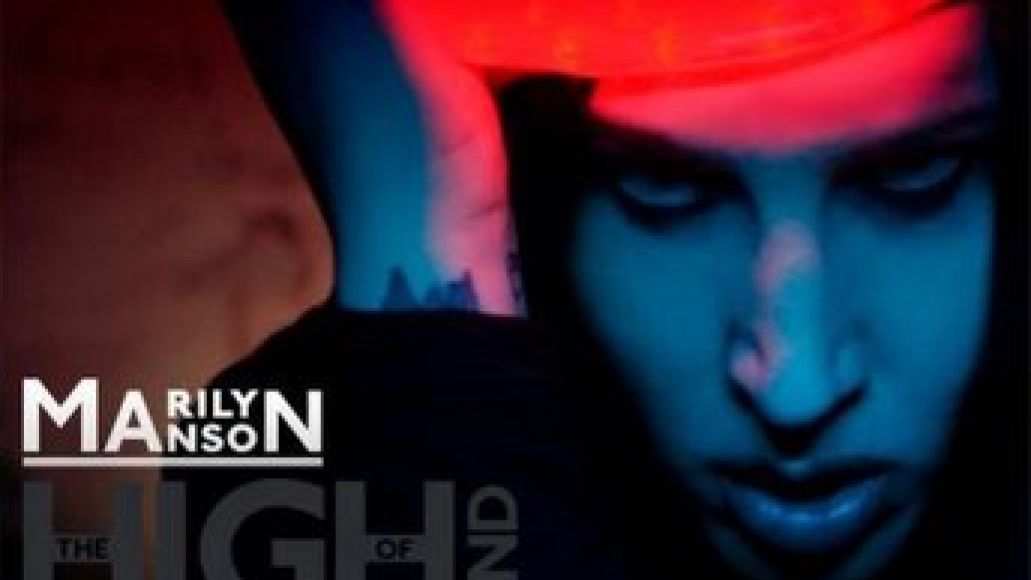 Manson approaches The High End of Low with much enthusiasm